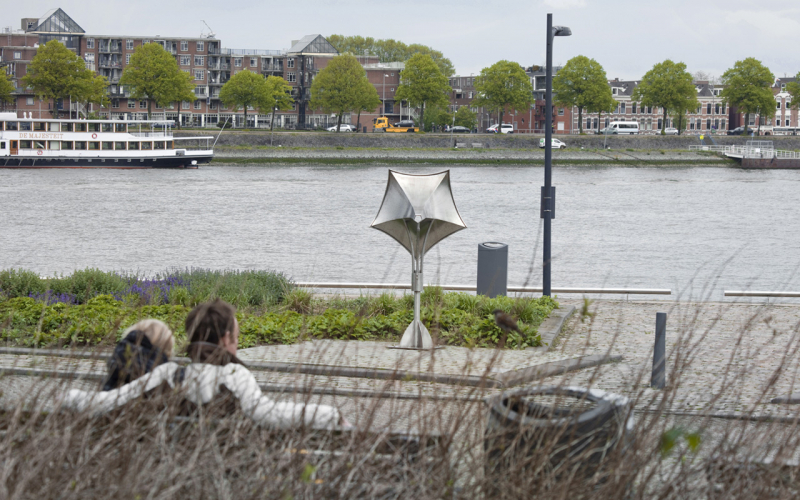 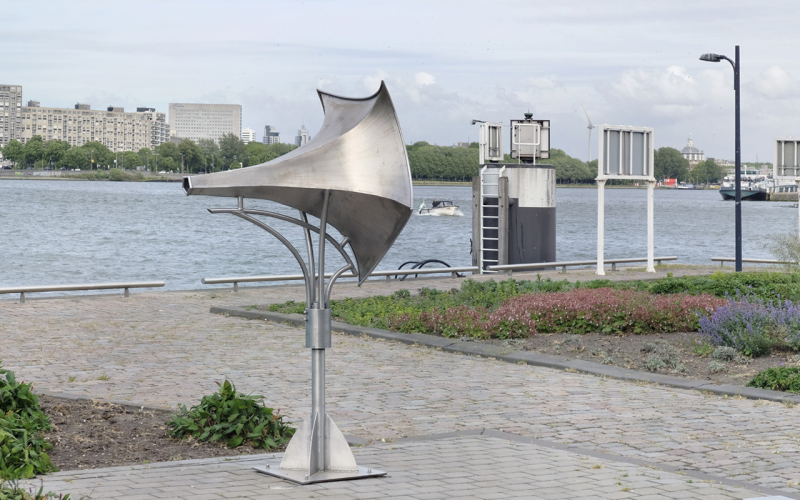 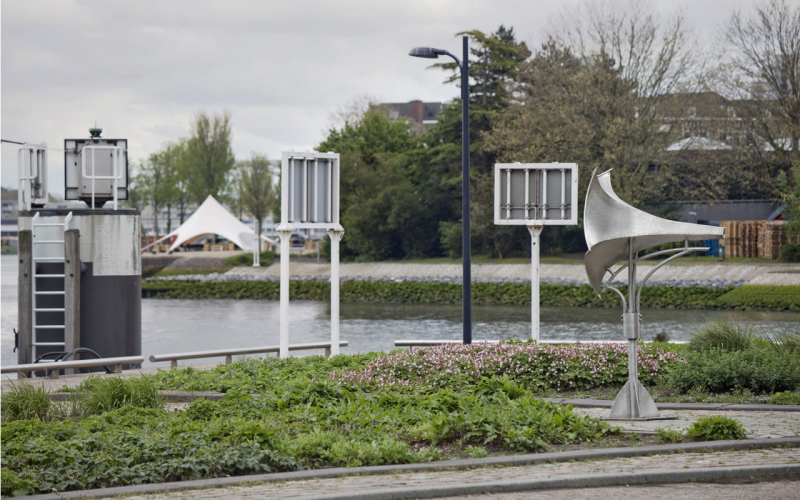 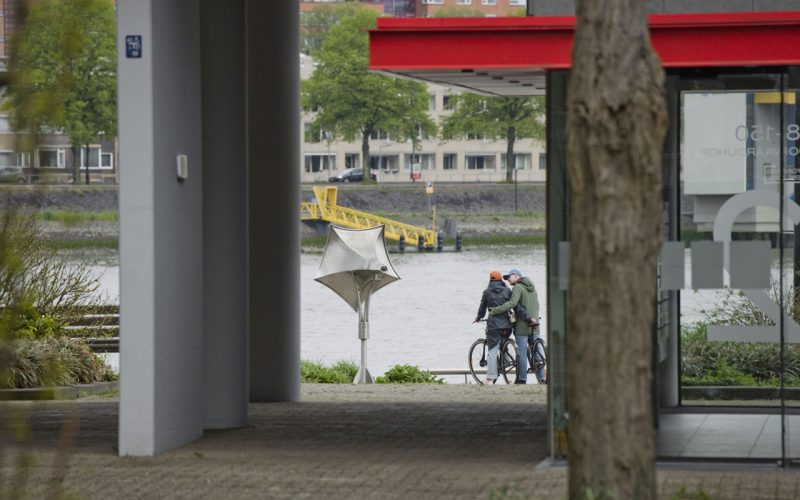 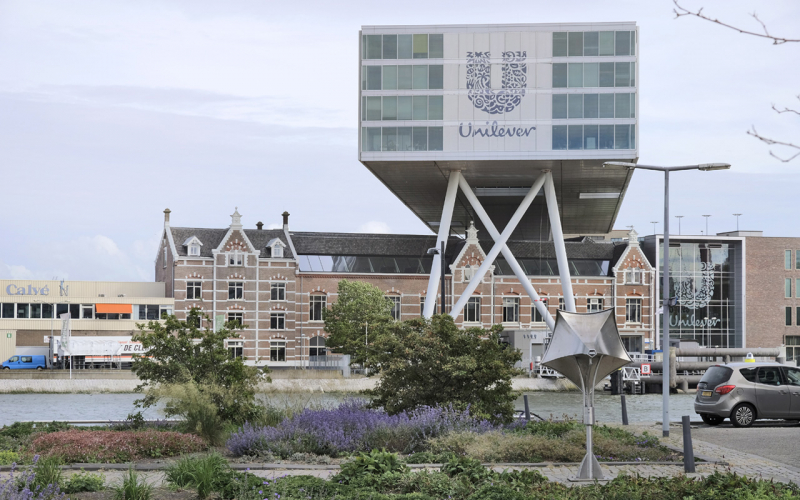 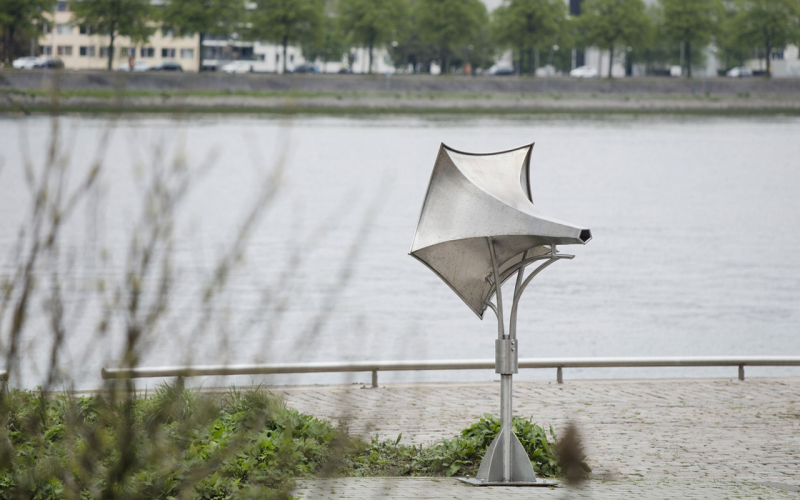 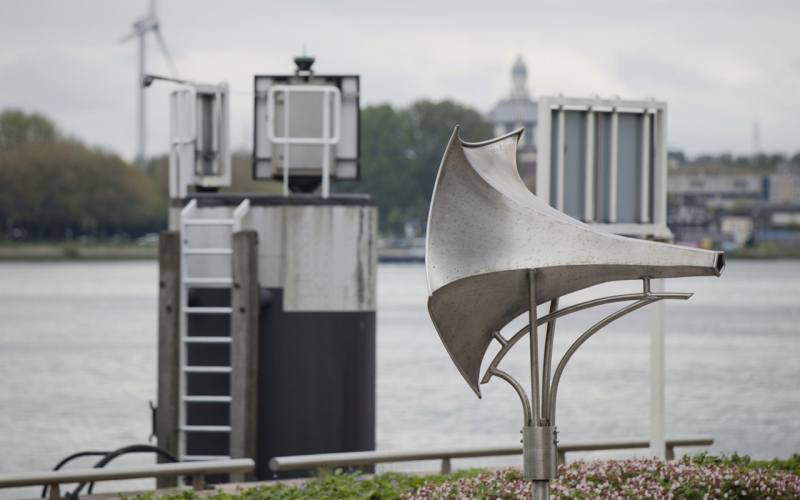 This swivel Scheep horn has the stylized shape of a man-sized trumpet-shaped flower, the Angel's Trumpet (Datura), and is made of stainless steel. The horn amplifies the ambient sound through the curved sepals, like a megaphone or a nostalgic 78rpm pick-up does. The sound of the passing boats can be followed with greater sound intensity thanks to an acoustic amplifier in the horn. “Because if you can listen far, you get a different sense of the place where you are listening at that moment. It stimulates your imagination, ”says artist Michiel van Bakel. It was made on the occasion of the redesign of the Antwerp Head and the 25th anniversary of the Koopvaardijhof. It's on the so-called MS Noordereiland, a concept by Joe Cillen, who is an artist and gallery owner on the Noordereiland. “Imagine, the Noordereiland is not just any (almost) island as a residential area in the Maas, but a ship. A motor vessel (MS) that can throw off its lines at any time to take to the open sea ”. This so-called motor ship was already equipped with a starboard and port light, a work of art by Cillen's hand. However, a ship's horn was still missing. Feijenoord district, De Nieuwe Unie housing corporation and CBK Rotterdam have joined forces to achieve this Ship's horn and artist Michiel van Bakel asked.

Michiel van Bakel (Deurne, 1966) studied astronomy and psychology for a few years before being educated at the art academy in Arnhem. He started as a sculptor, developed an interest in science and technology and has since worked with video, film and multimedia installations. His outspoken technical approach yields a poetic reality in which people in their environment are central.