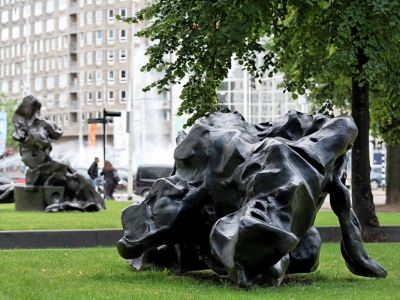 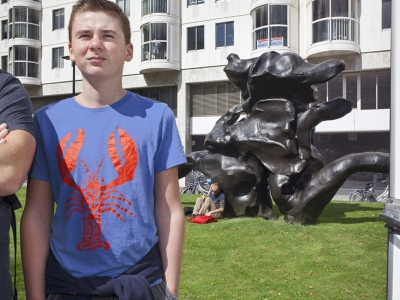 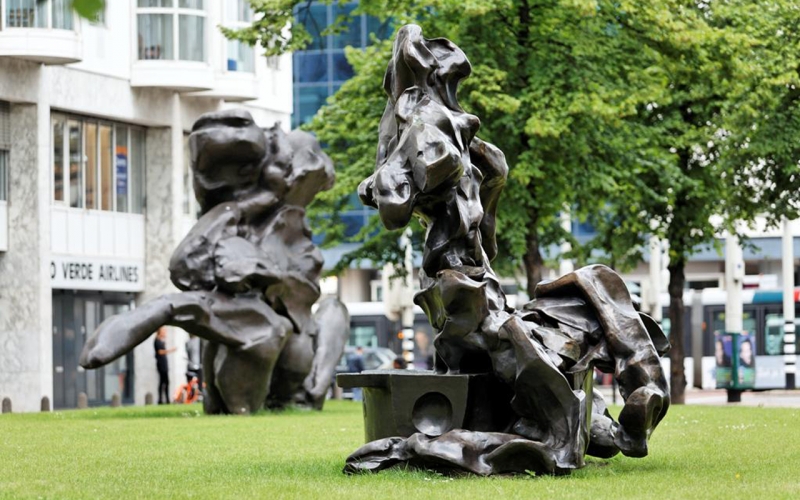 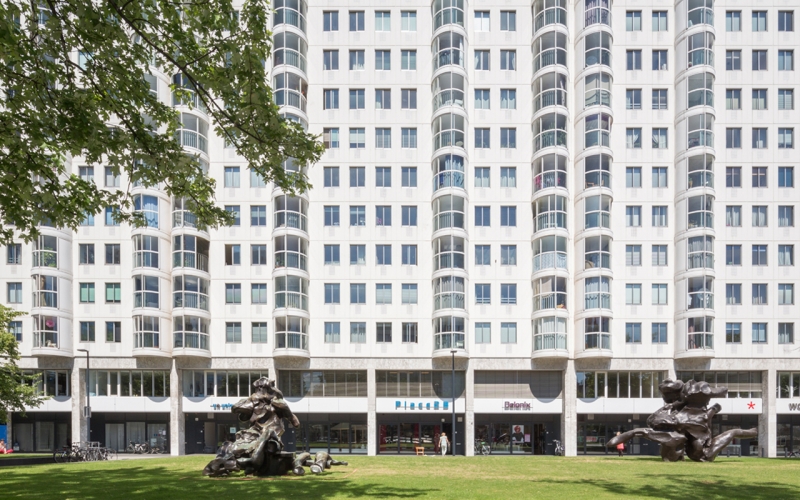 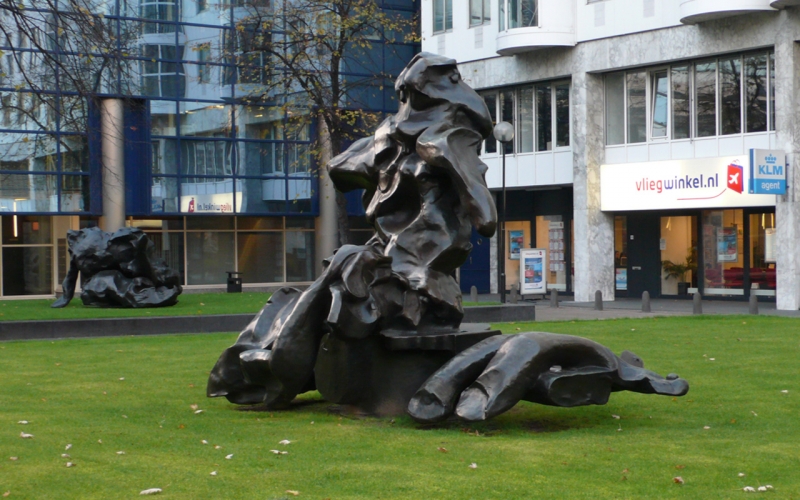 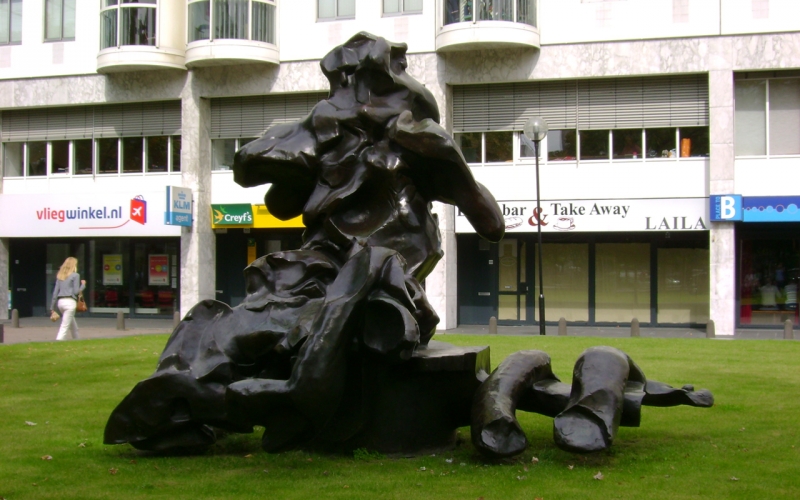 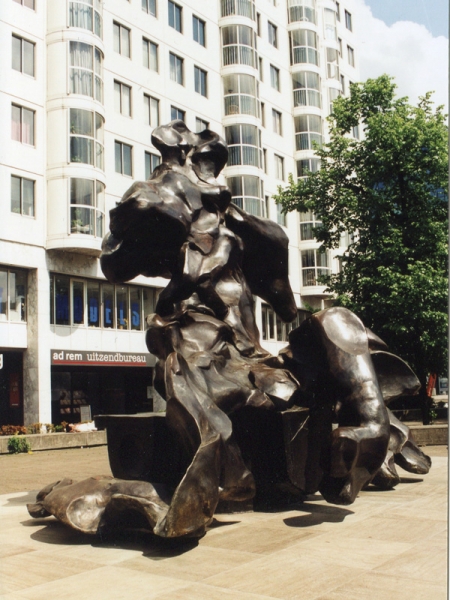 Seated Woman (1969) is one of the three images of Willem de Kooning that the city is rich with. The three monumental sculptures stand together on an elevation, near the large fountain on Hofplein. Seated Woman 1984 was placed at Weena in April on the occasion of the 80th birthday of the now world-famous born and raised Rotterdammer. As the name says, is Seated Woman a highly abstracted representation of a woman. The model for the statue was created in 1970, but this version, the third cast of the model, was made in 1980. The statue was purchased as a tribute from Rotterdam to this artist. It was placed on the initiative of the then director of Museum Boijmans van Beuningen, Mr Wim Beeren. He thought the Boijmans van Beuningen Foundation, a number of sponsors and the municipality were willing to spend money to purchase this work of art. It is said to cost about one million guilders, a relatively small amount for a work of this size and by an artist who was world famous since his lifetime. Willem de Kooning, who was born in Rotterdam, was one of the representatives of American 'abstract expressionism' and has painted abstract paintings since the XNUMXs, featuring monumental and expressively painted women. Besides the landscape, the woman is his central theme. De Kooning did not idealize his women, but the expressive power of expression is paramount. To be Seated Woman even has an extra pair of limbs to increase this expression. De Kooning only started making sculpture at a later age. He regarded his sculptures, which he first modeled, as painting in three dimensions. He saw the clay as thick paint. His capriciously shaped figures seem to arise in an energetic burst. For more information: Sculpture International Rotterdam