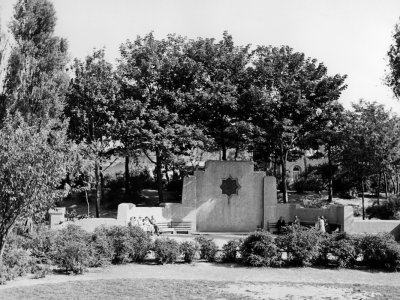 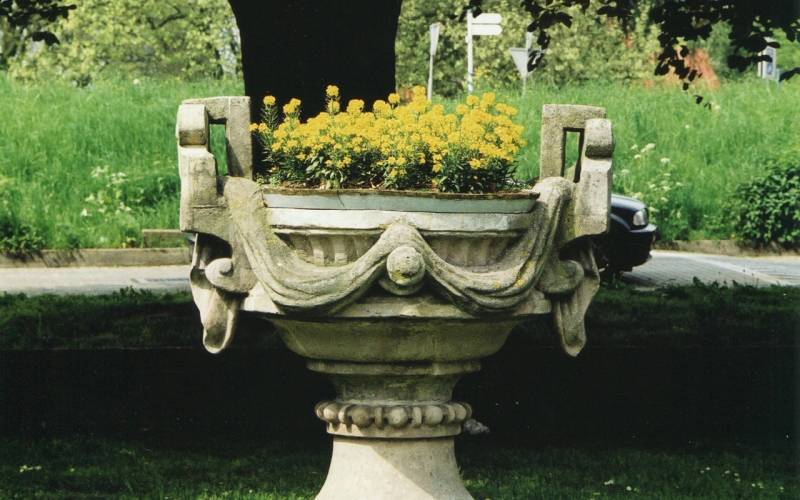 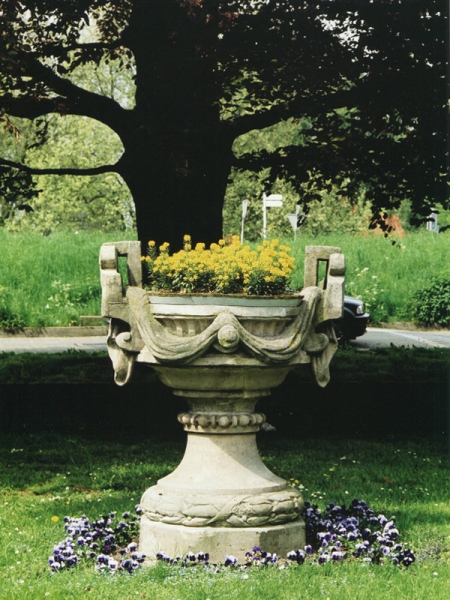 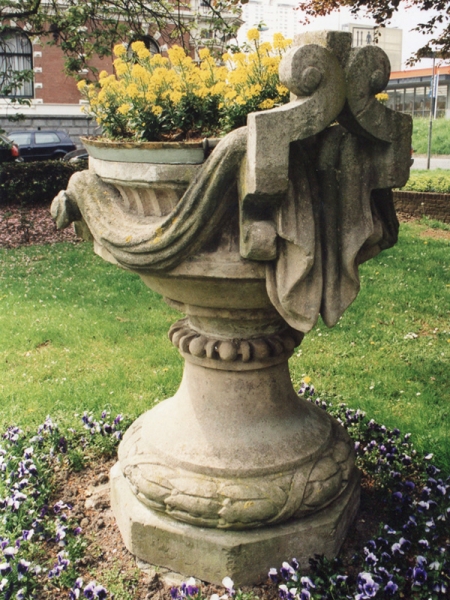 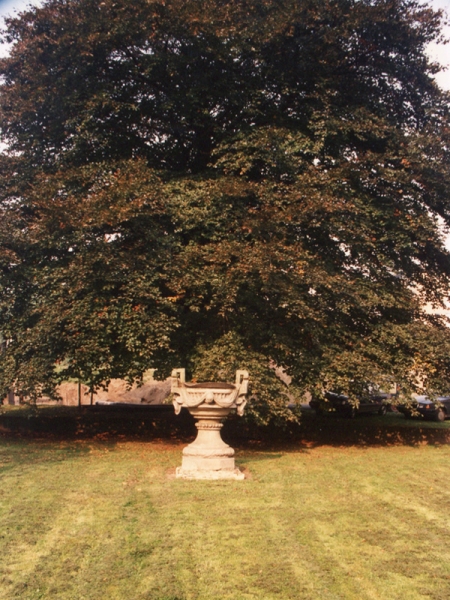 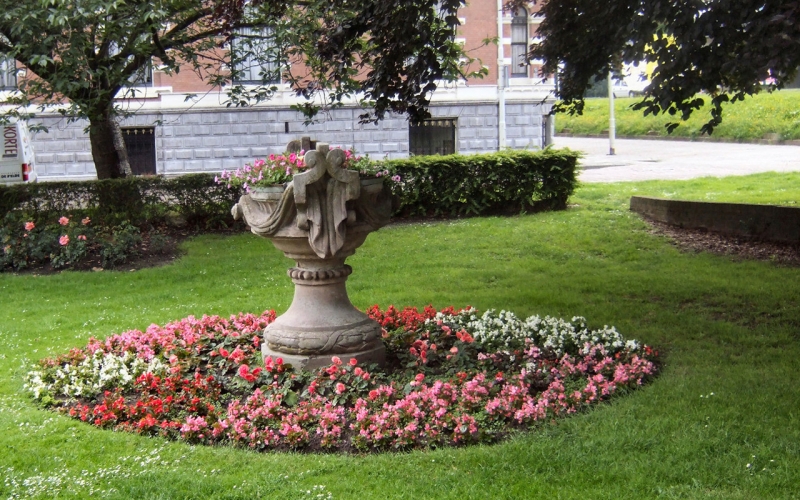 This Ornamental vase by the famous architect Berlage is located on Koningin Emmaplein. This square is a Dutch translation of the 'crescent', half a round square. This classic form of 19-century urban design is unique to the Netherlands. When Rotterdam became an independent diocese in 1956, the Diocese of Queen Emmaplein moved into 3 as an office and home for the bishop. The square is a national monument. The Ornamental vase emphasizes the stately and historical quality of the square and of the Scheepvaartkwartier and is therefore, despite its limited dimensions, an eye-catcher with a symbolic charge. Berlage was an important architect in the Netherlands, but was not very active in Rotterdam. An exception is the design he made for the Spiekman monument: a building in the form of a monumental bank, but which was given a much calmer application in 1967 through relocation. With this demolition, Rotterdam only has one design by Berlage, namely this one Ornamental vase about which less is known. Since this is the only design by Berlage's hand in Rotterdam, that is all the more reason to cherish it.

Hendrik Petrus Berlage (Amsterdam, 1856 - The Hague, 1934) was an important Dutch architect and urban planner. After his studies in Zurich, where he came into contact with the ideas of the architects Semper and Viollet-le-Duc, Berlage started working at the desk of Th. Sanders with whom he designed several buildings in the neo-Renaissance style. His ideas of rationalism, shown in his Beurs van Berlage in Amsterdam, are the foundation of modern architecture in the Netherlands. He built a lot in Amsterdam (including the Plan Zuid expansion plan) and The Hague, where his last major work was the Gemeentemuseum.