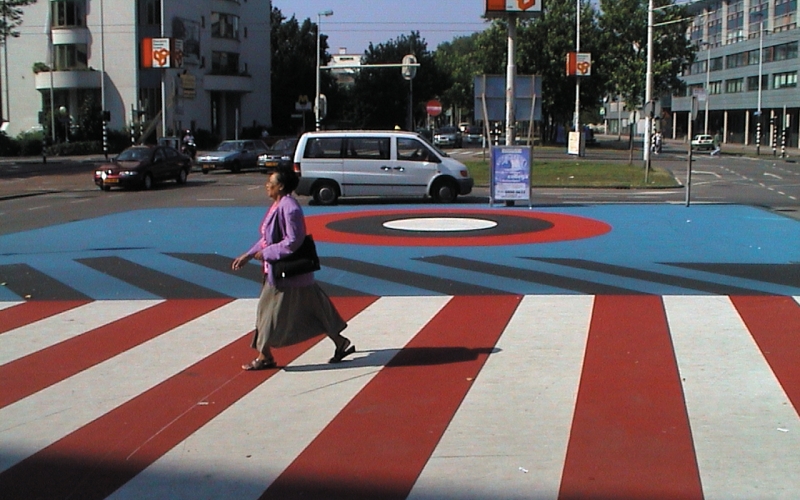 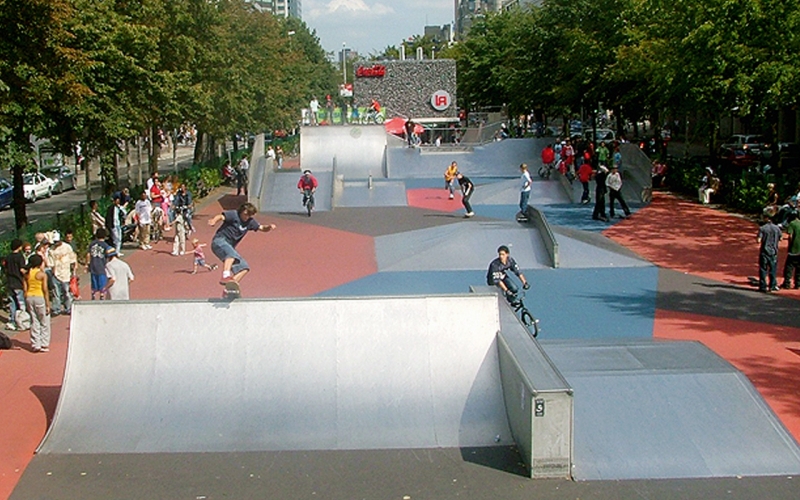 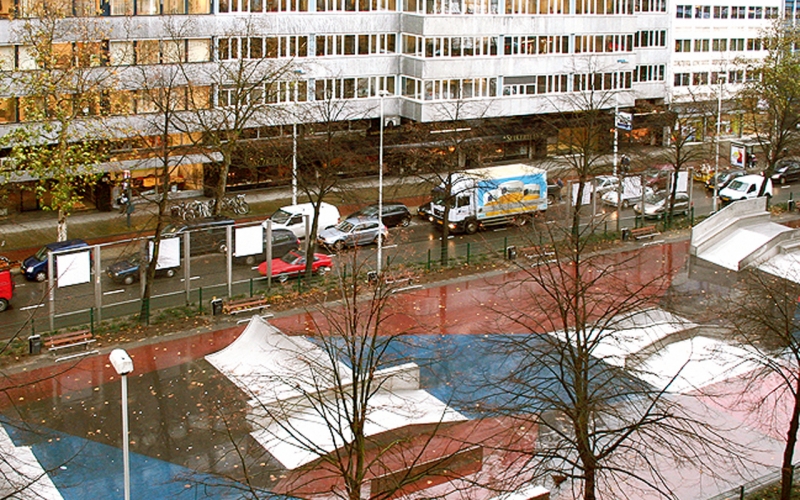 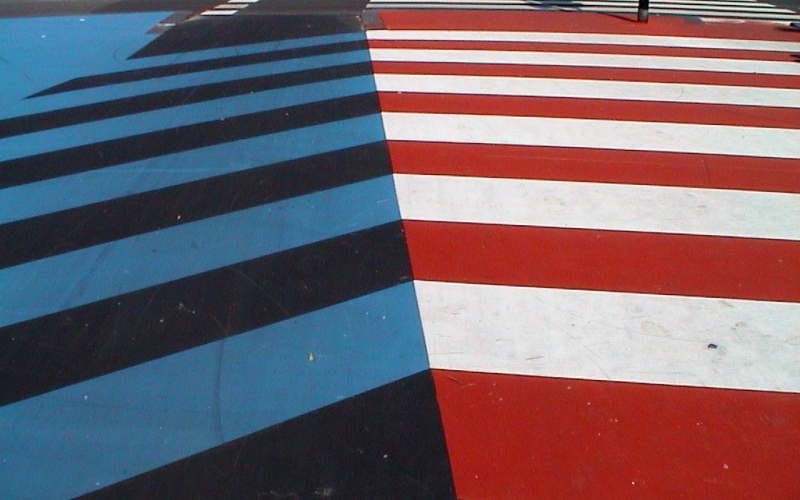 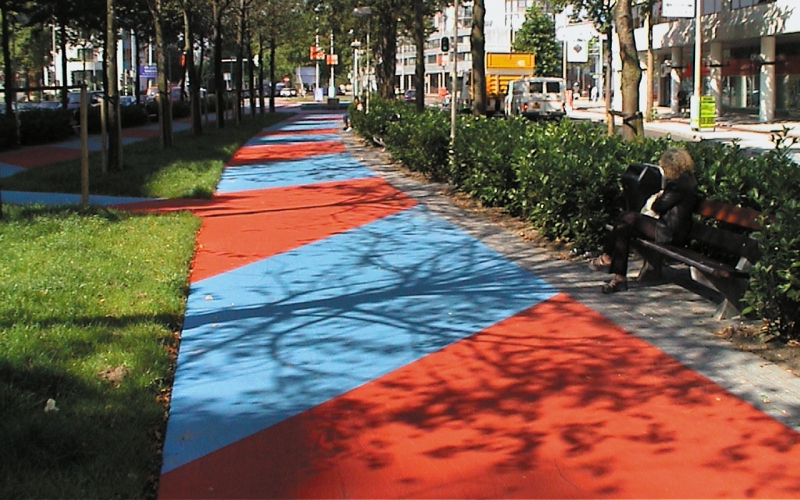 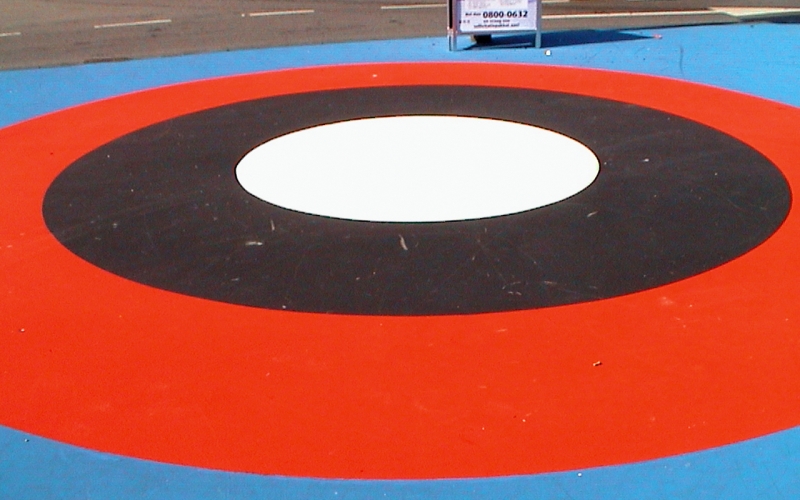 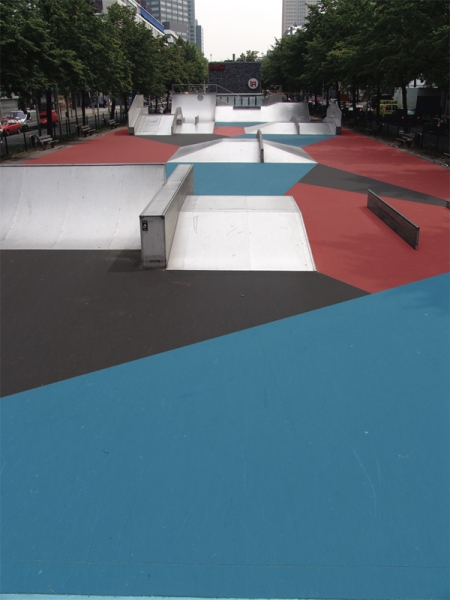 75B
About the artwork

Skaters automatically find their way through the city, skate park or not. If skate parks are already being built, this does not often happen in the center. The Westblaak is an exception. When it was decided at the end of the 1990s to make this central district available to skaters, design center 75B was called in via the Center for Visual Arts for a design for the pavement of the park. 75B designed a huge drawing of sight lines in four colors. If you look at the top of the skate park, you will see that these circles and stripes in red, blue, black and white form an almost wavy pattern, an optical deception. The drawing sets the area in motion, just like the skaters do. A new skate park has been introduced in 2015, so that the colored floor painting has been removed.

75B is a creative agency from Rotterdam. The studio was founded in 1997 by three students from the Willem de Kooning Academy, including Rens Muis and Pieter Vos. They have designed many house styles for the cultural sector in Rotterdam, such as the Rotterdam International Film Festival, RoTheater, Codarts, Boijmans Van Beuningen Museum, LantarenVenster and Annabel. But also the logos and corporate identity of CBK Rotterdam, Sculpture International Rotterdam, TENT and BKOR - including this website - was designed by 75B. Other clients are the Van Abbemuseum and the Mondriaan Fund. They make means of communication in which contemporary visual culture plays a role, but also independent work that is included in the collection of the Stedelijk Museum Amsterdam and in the San Francisco Museum of Modern Art.