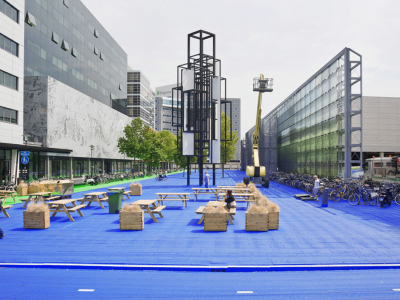 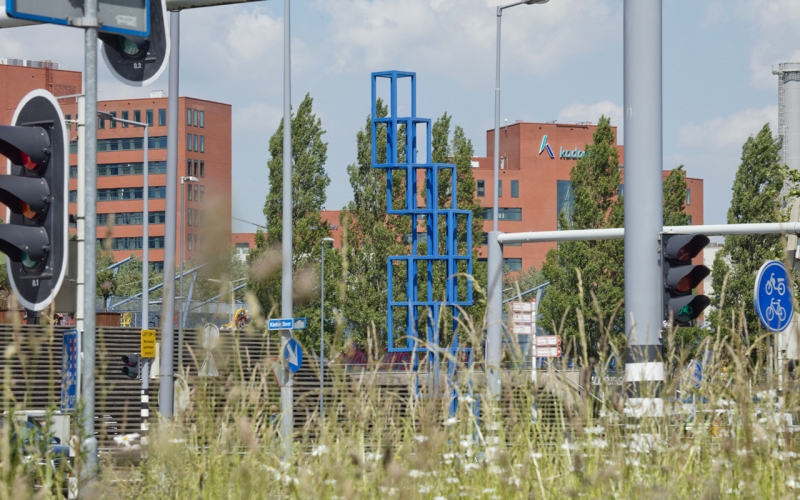 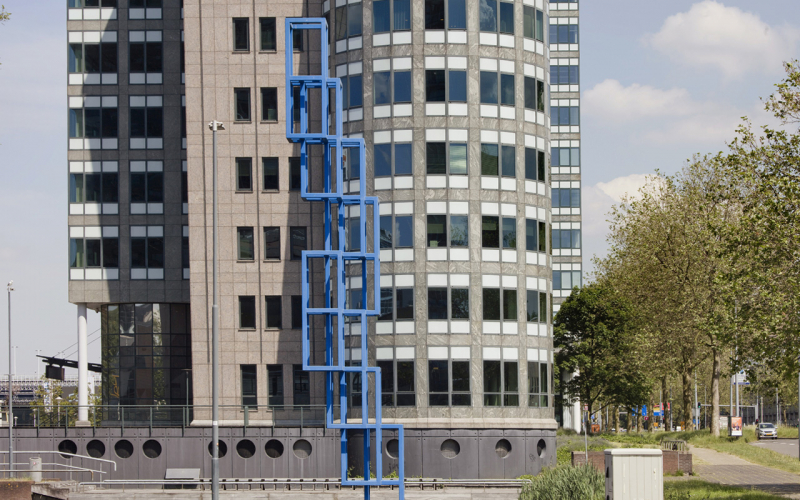 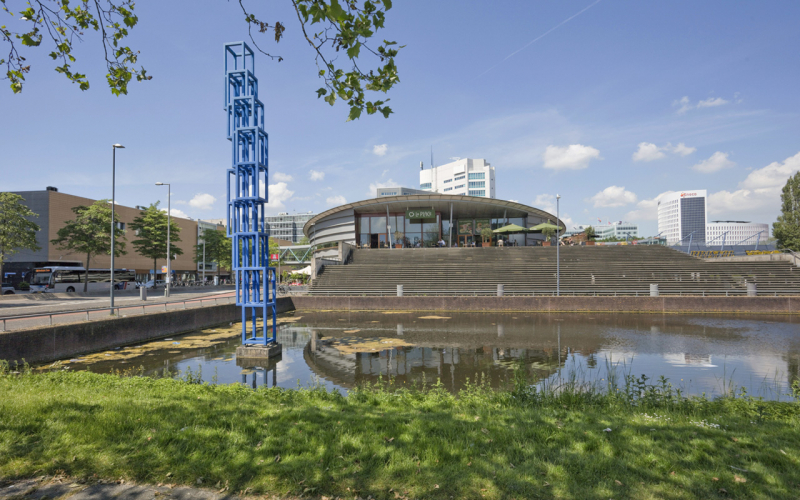 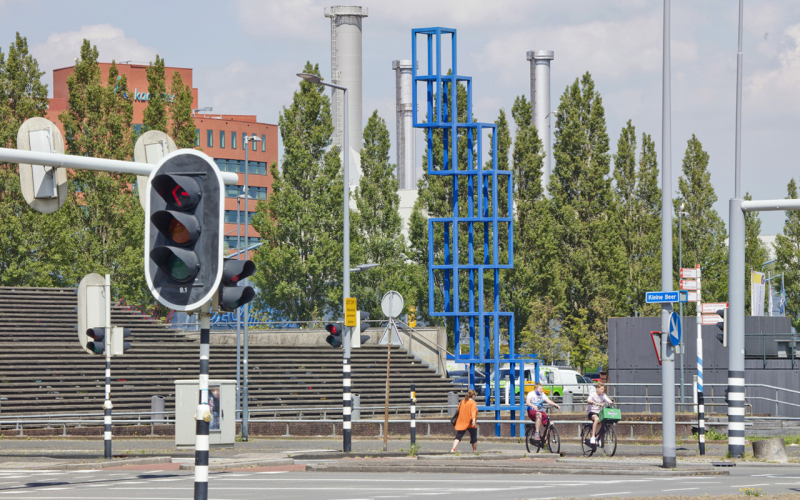 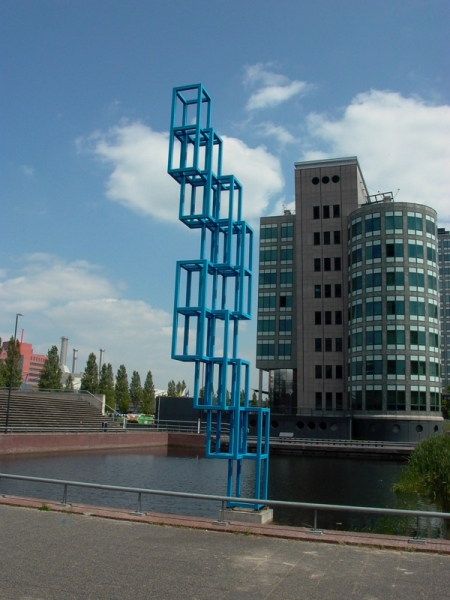 This artwork Space Time I originally stood on a business park on the Keileweg, but was restored in 2004 and moved to Prins Alexander. Located beyond the shopping malls and situated in an artificially constructed pond, the sculpture has been given a place to which it is entitled. Also Space Time II (1989) was already located in Prins Alexander, a stone's throw away, opposite the former municipal hall (now Stadswinkel Prins Alexander). This means that Prince Alexander has two unique works that mark a special episode in the history of constructivism in the Netherlands. The building is a complex construction, which was fabricated in parts and built on site. The need to restore the lost balance between man and nature and between art and nature was important to visual artist Joost Baljeu. He strove to express in his work a structural growth process parallel to that of nature, envisioning a synthesis of art and nature. Spatial constructions such as the relief and the free-standing sculpture would play an increasingly important role for him, because in them the relationship with the dynamic growth process in nature is better expressed than on the flat surface of a painting.

Joost Baljeu (Middelburg, 1925 - Amsterdam, 1991) took drawing lessons in Amsterdam. In 1955 he became a cubist and started painting abstractly. Baljeu also studied Mondriaan's work. His ideas with regard to construction come to the fore in reliefs and wall constructions. From the sixties he made freestanding artworks, in which he incorporated stainless steel and plexiglass.