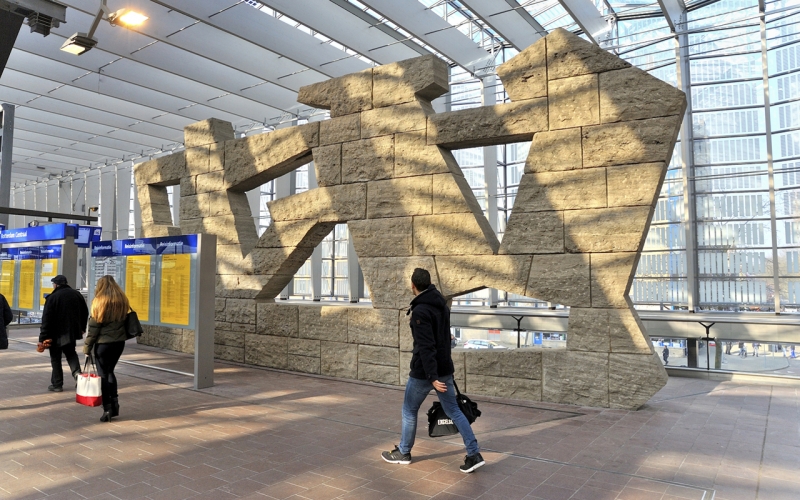 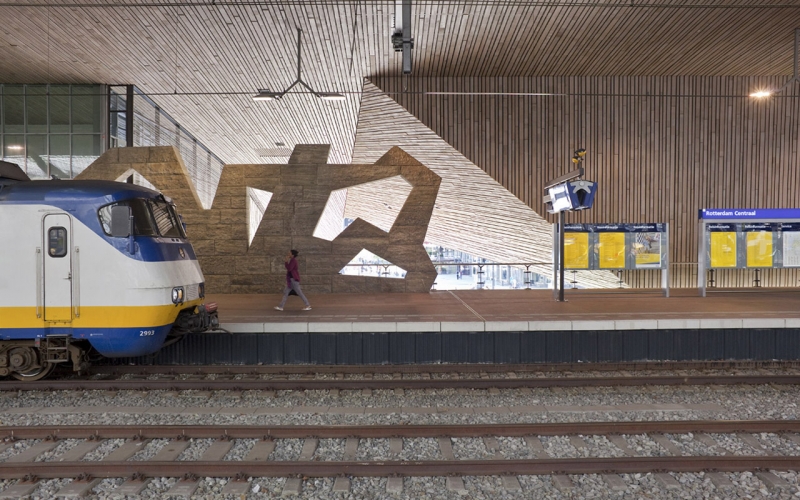 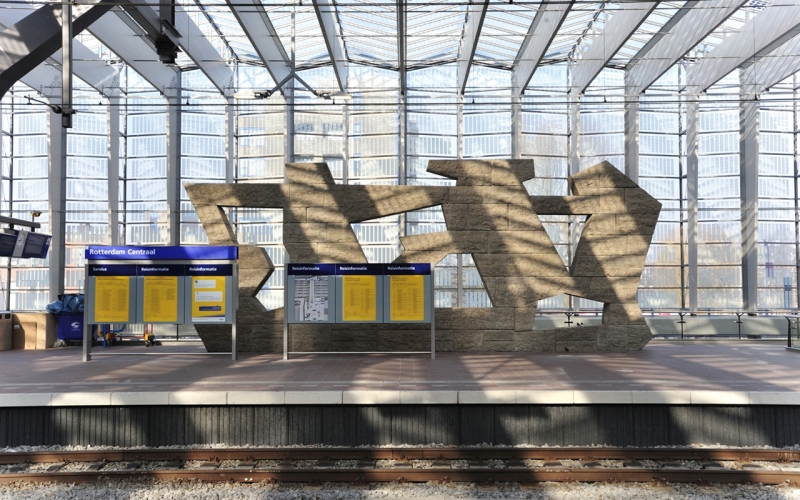 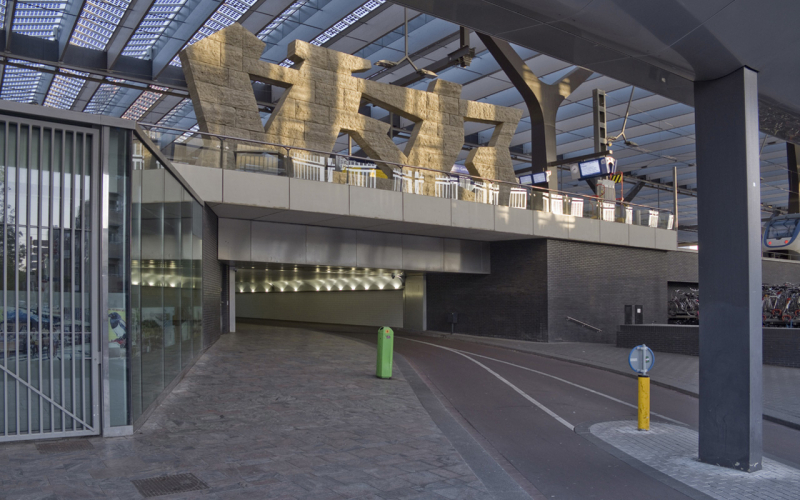 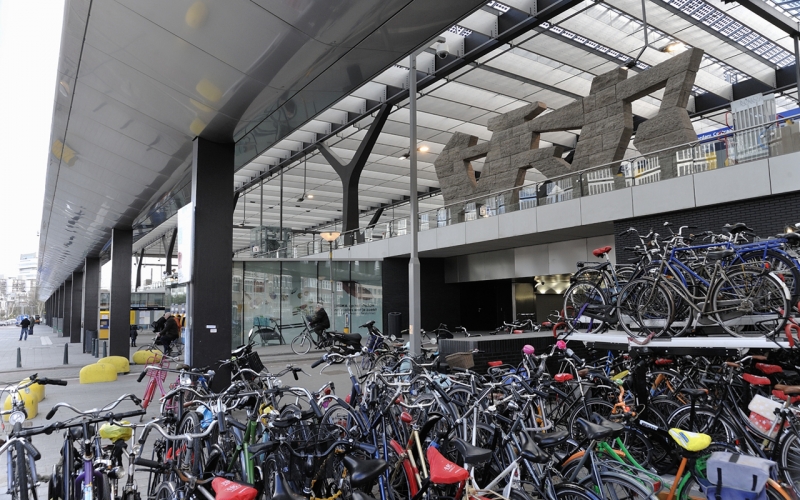 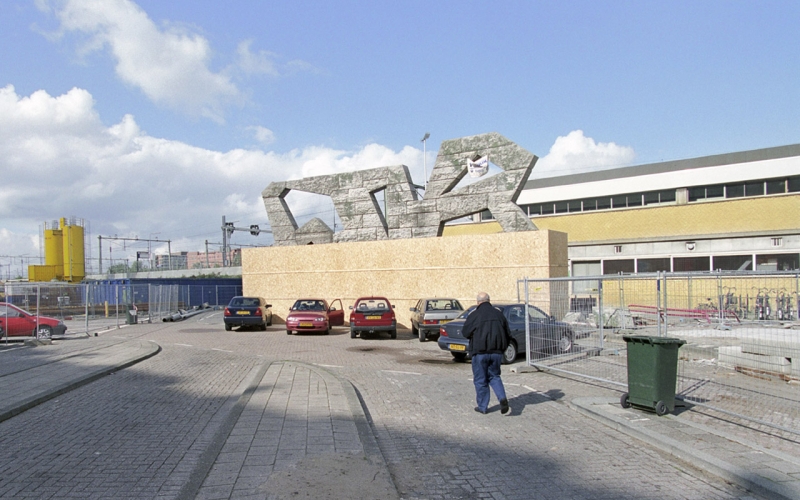 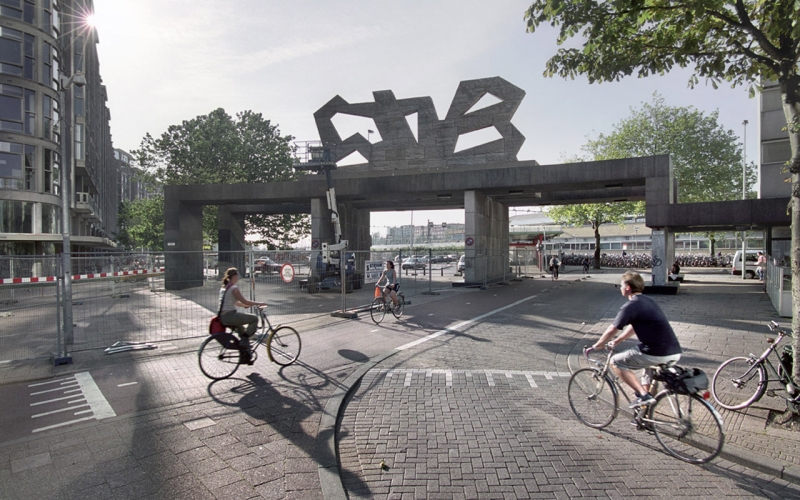 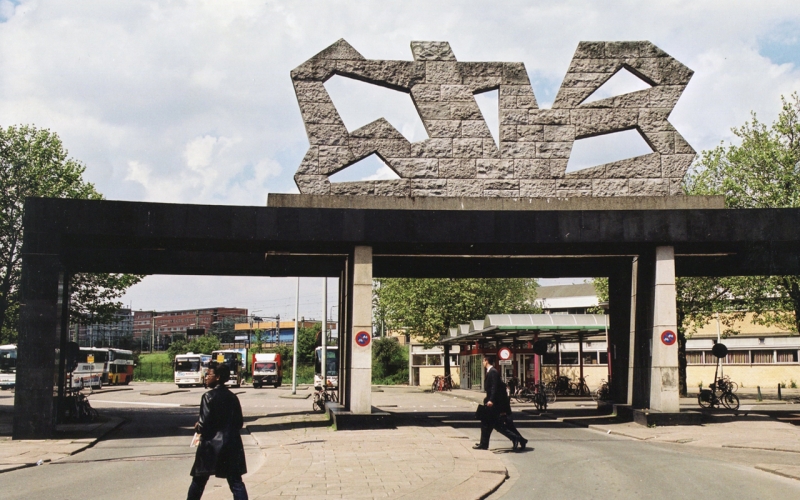 These two sculptures originally stood on either side of the former station building. Sybold van Ravesteyn, architect of the former Central Station, originally toyed with the idea of ​​asking Henry Moore to make these sculptures. He paid a visit to London for this, but this would not prove financially feasible. That is why Van Ravesteyn commissioned his employee JH Baas to design something in the spirit of Moore. Some see a traveler coming or going in the two sculptures, but according to a newspaper clipping from the NRC of May 20, 1957, “the objects do not represent travelers, but they are ornamental figures that perform well and that also have a certain character with their combination of mathematical figures; dynamics, law, order, clarity. " According to the unknown author of the piece, they were "Certainly typical characteristics of the railway company". Over time, the sculptures have been nicknamed 'Speculaasjes', but where that originated is unknown. Fortunately, the 'Speculaasjes' have been preserved during the renovation of the Central Station and since August 2013 they have been visible to the general public again. The sculptures have been placed back on the first and last platform and are visible when you cycle through the bicycle tunnel. But as a tribute to Van Ravesteyn and his employee, Team CS has allowed the image to return in several places. They have been incorporated into the walls of the station hall as a repeating pattern. And even more spectacular - the 'Speculaasjes' are also visible from a great height. Thousands of solar cells have been installed on the glass roof of the station and the contours of the 'Speculaasjes' are visible. After almost 60 years, a wonderful gesture!

JH Baas (1909-1990) was an architectural draftsman. He was connected to the Sybold van Ravesteyn architectural office, the architect who designed the former Central Station.