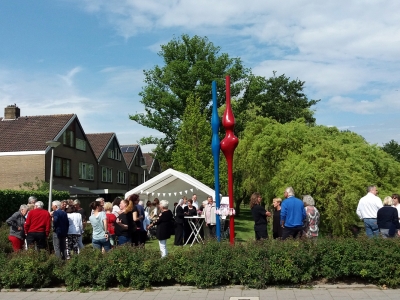 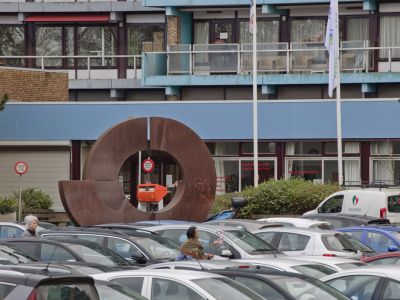 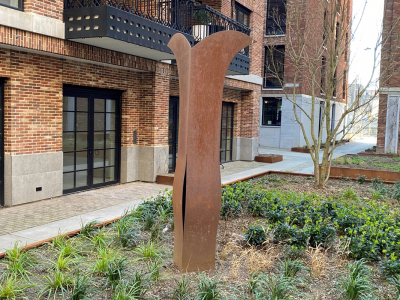 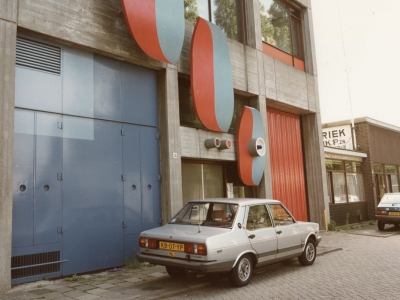 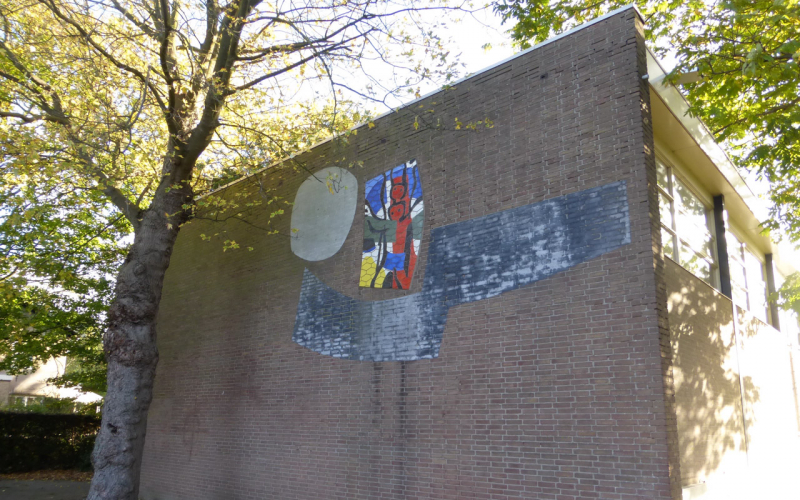 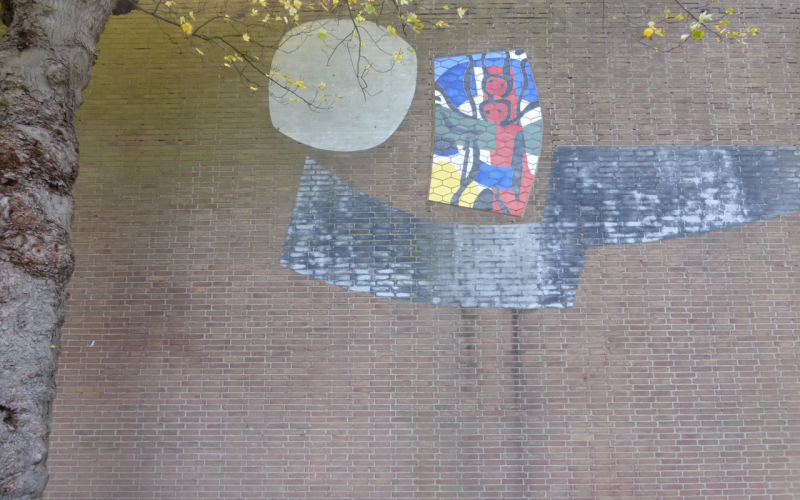 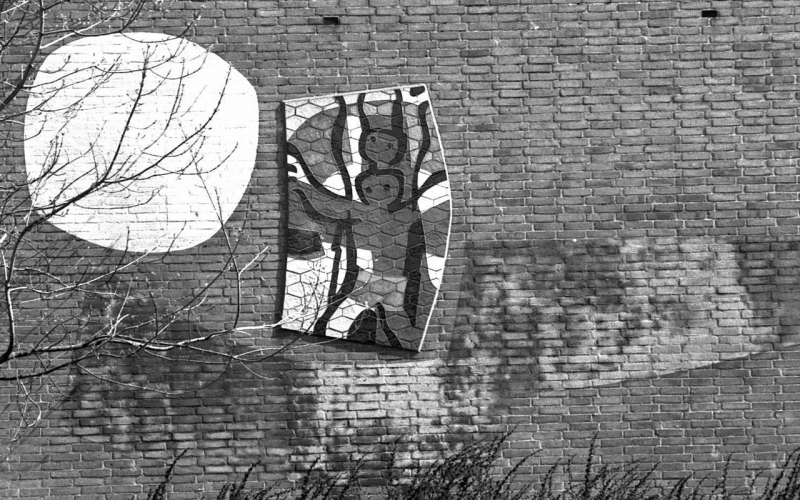 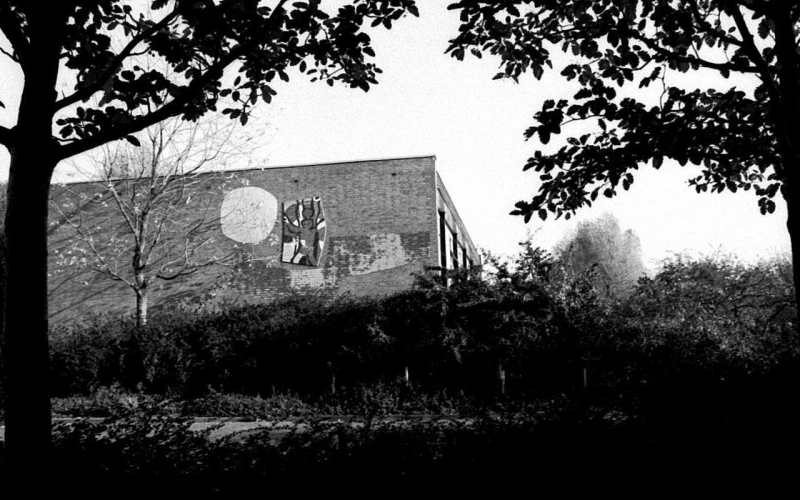 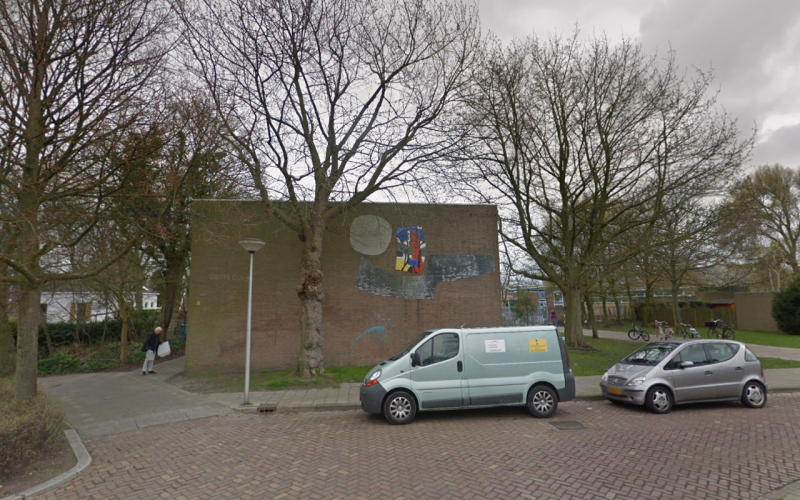 This work was made in 1967 in the percentage scheme. Artist Leen Droppert was commissioned to make a work of art during the construction of the school and the accompanying gym. He made this ceramic tile panel Children playing with sun on the facade of the former gym. It is clearly visible from the street. Droppert made this work in the colorful and energetic style, which he used more often in the sixties for various assignments. The children playing are depicted on the ceramic tiles in the colors red, blue, yellow and green. To the left is the sun. The gray contour underneath is less clear to explain.