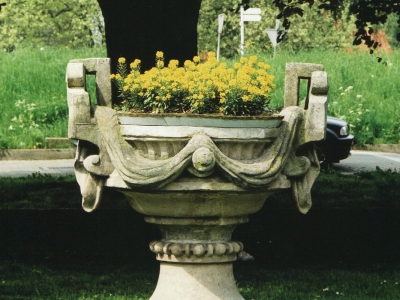 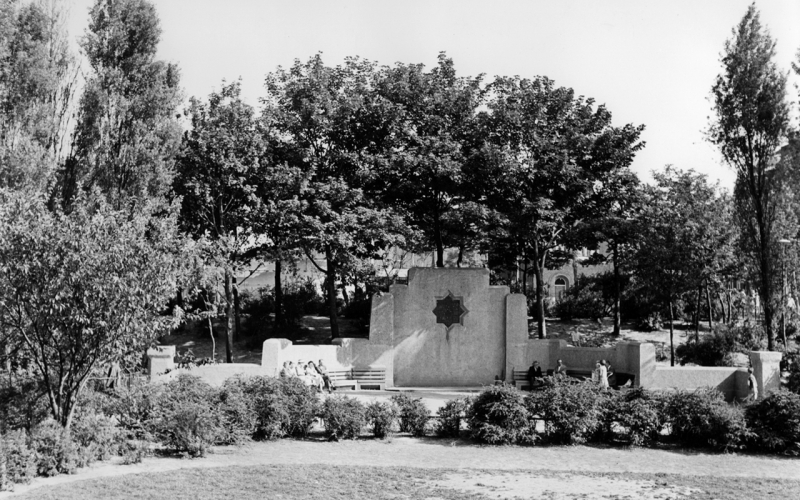 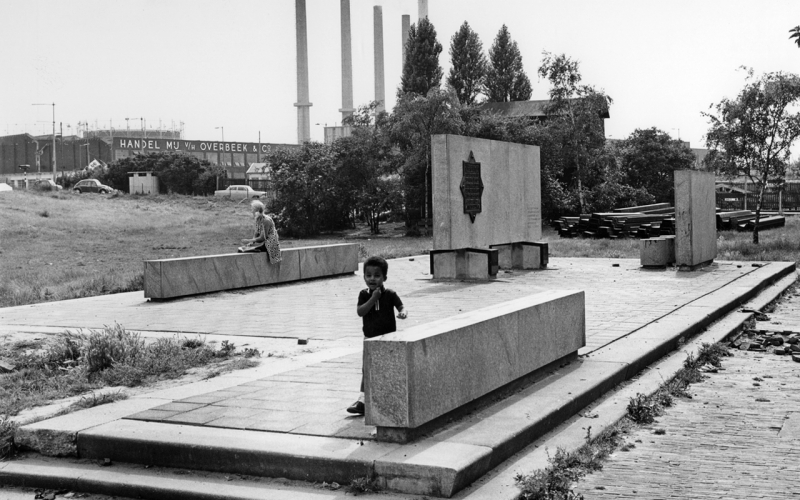 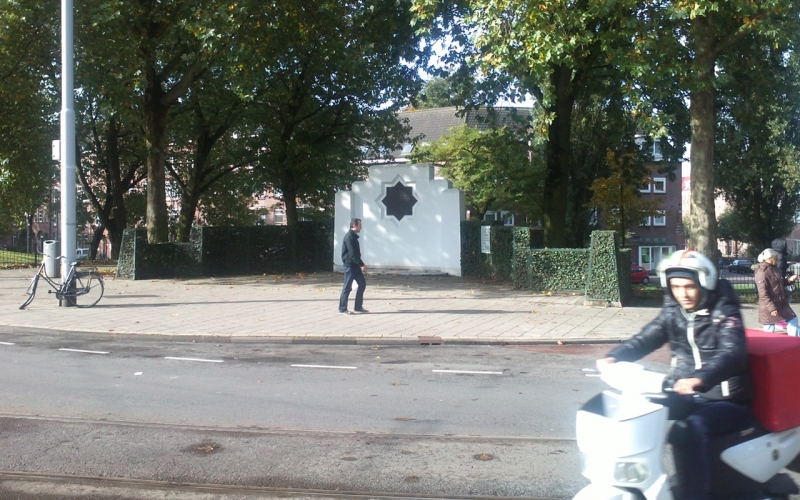 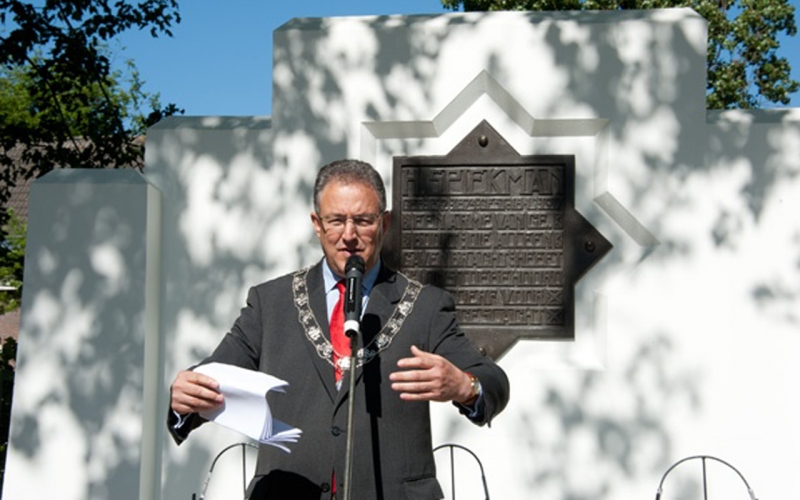 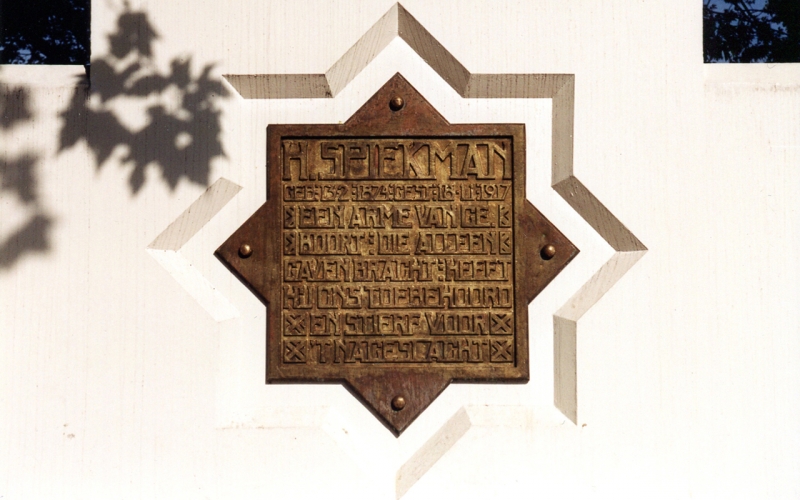 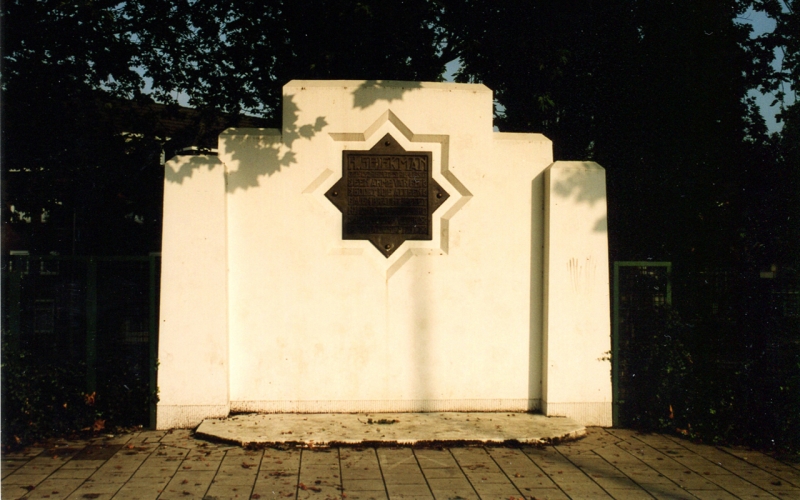 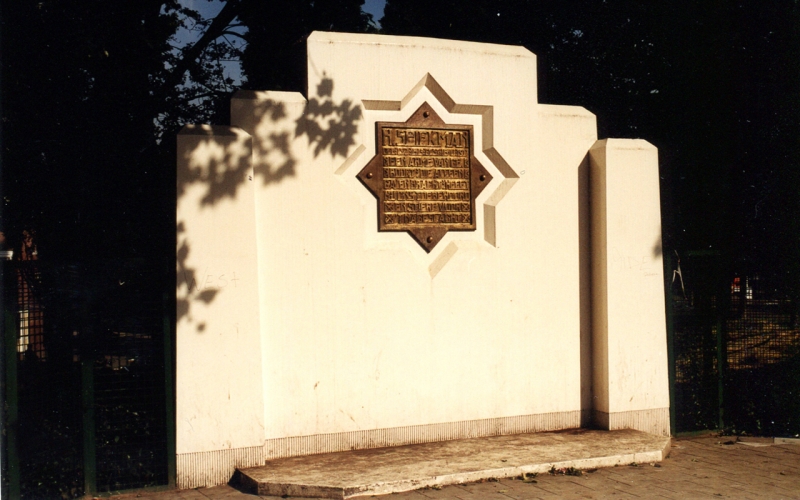 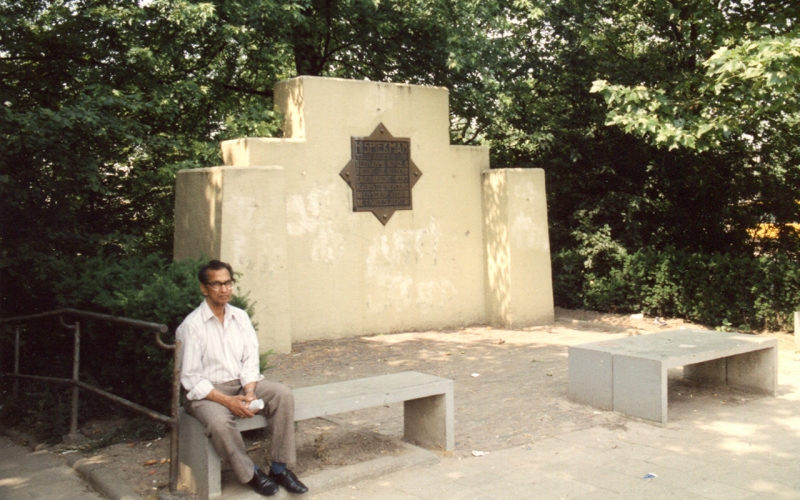 From the original design of it Spikeman Monument very little of Berlage has survived. Hendrik Spiekman (1874 - 1917) was a Dutch typesetter, journalist and an important politician. In 1894 he co-founded the Social Democratic Workers' Party (SDAP). Spiekman became the first SDAP councilor in Rotterdam in 1901, where he continuously advocated social improvements based on his knowledge of ordinary life. In 1913 he became a member of the Provincial Council of South Holland and was elected by two constituencies; he chose Rotterdam. The most important work that Spiekman did as a Member of Parliament was his fight for the legal position of sailors and dock workers. He investigated their living conditions in poor areas of the city, which showed that these were appalling. The publication of this study ensured that the city council gave space for the construction of modern neighborhoods. Spiekman did not experience that anymore. His death in 1917 at the age of 43 shocked his supporters. Rarely has there been such an impressive funeral in Rotterdam. Before his funeral on November 21, the workers were cleared of stamping and tens of thousands of spectators lined up to watch the procession of some 5 to 7.000 men pass by. He was buried in Crooswijk, where a memorial has been erected. Soon the idea came up to honor Spiekman with a permanent keepsake. Architect Berlage designed a colossal monument, which was to be built in Spangen, because it was one of those modern working-class neighborhoods that owed its existence to Spiekman. In 1922, construction workers took care of the realization of the monument in their free hours. It was located in a park and people could sit on benches against a white wall: 'the Spiekman bench' was a household name. On May 21, 1922, the monument was festively unveiled. And not without emotion, those present read Adema van Scheltema's simple lines of poetry, which are placed on a bronze star-shaped memorial plaque: A poor by birth, who only brought gifts, belongs to us and died for posterity. The Spikeman Monument survived the war, but in 1965 the neighborhood was redesigned and the monument had to clear the field. Only the plaque remained and it also moved to Marconiplein. A citizens' initiative by Arie Kroon (one of the men who had worked on the original monument for free) ensured that the monument was rebuilt almost in its original form and even around where it had once stood. Mayor André van der Louw revealed this in 1981. Fifteen years later it appeared to subside. The Delfshaven district was committed to the fourth new copy of the Spikeman Monument, but unfortunately this is only a small part of the original monument. Every year the International is still sung here on 1 May at a gathering organized by the PvdA.

Hendrik Petrus Berlage (Amsterdam, 1856 - The Hague, 1934) was an important Dutch architect and urban planner. After his studies in Zurich, where he came into contact with the ideas of the architects Semper and Viollet-le-Duc, Berlage started working at the desk of Th. Sanders with whom he designed several buildings in the neo-Renaissance style. His ideas of rationalism, shown in his Beurs van Berlage in Amsterdam, are the foundation of modern architecture in the Netherlands. He built a lot in Amsterdam (including the Plan Zuid expansion plan) and The Hague, where his last major work was the Gemeentemuseum.