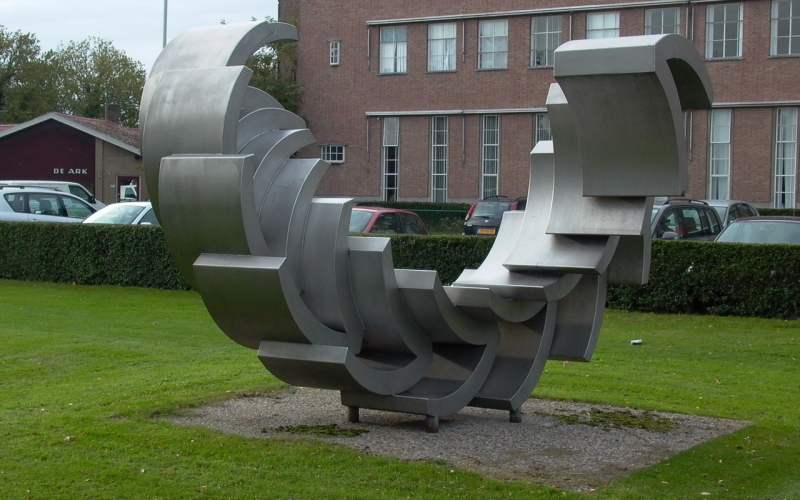 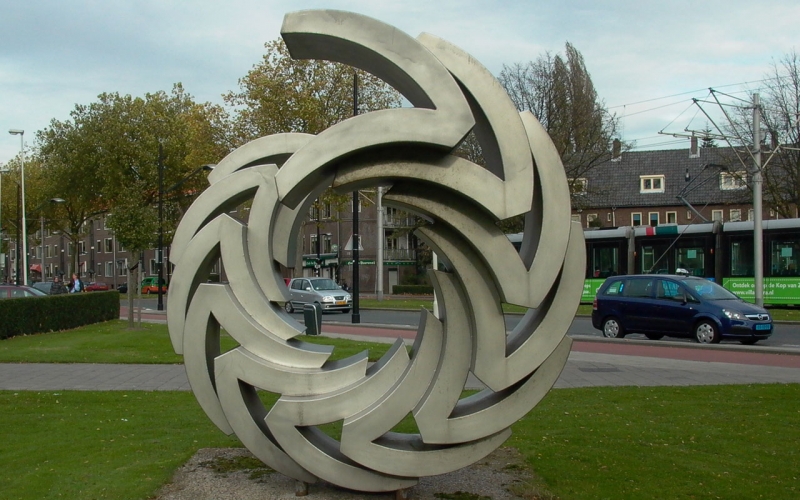 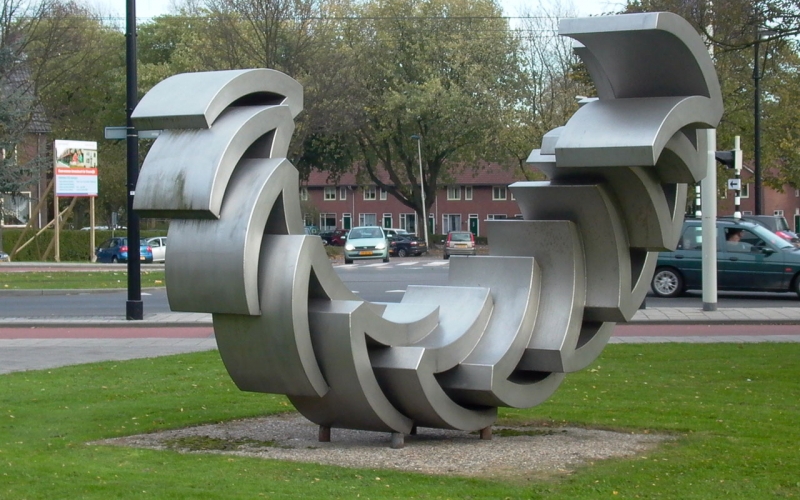 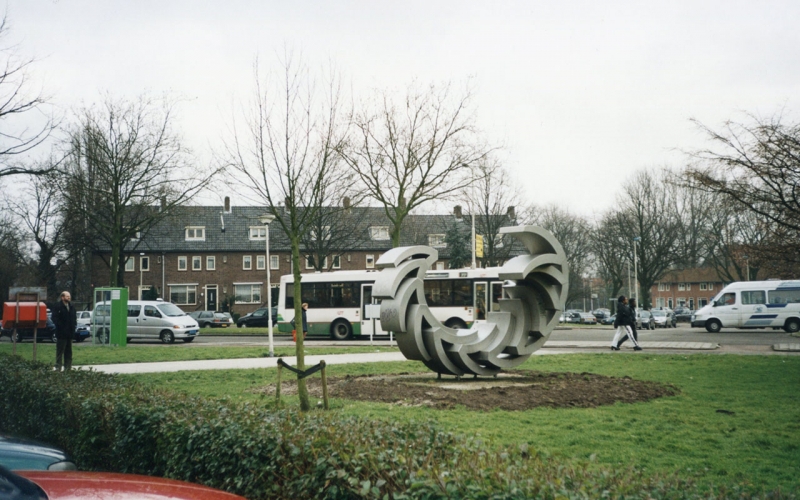 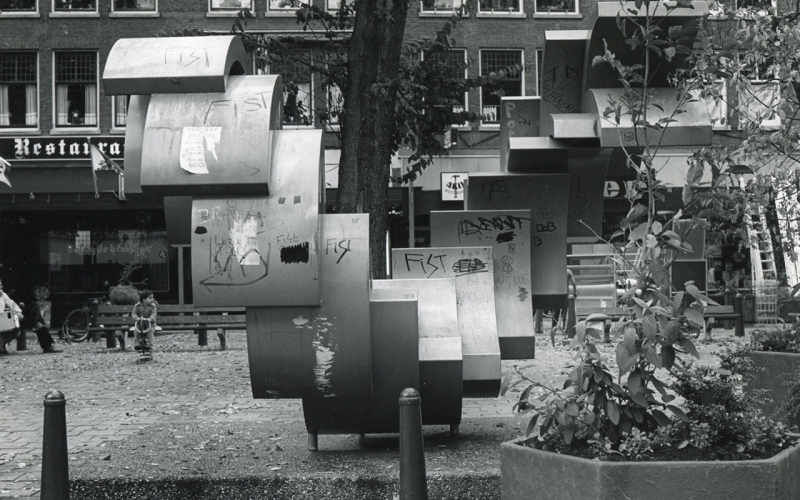 This spatial sculpture by Piet Killaars, Spiral II called, consists of curved V-shapes, which are interlocked into a round shape, in an incompletely closed circle. He often worked with abstract forms, which seem to have an organic aspect to them. According to Killaars, nature is a machine and by repeating different geometric elements he creates a movement that represents growth and development. The growth process in nature would take place according to a code. Killaars gives his vision on that code by depicting shapes that seem to be undergoing a growth process. The statue was commissioned by the Municipality of Rotterdam in collaboration with the retailers' association for the Boulevard-Zuid shopping promenade, but later moved when it became too packed up by flower boxes, posts and other street furniture.

Piet Killaars (Tegelen, 1922 - Maastricht, 2015) has been active as a sculptor since the XNUMXs. From the sixties on, he gradually worked more and more abstractly, but despite this abstraction, his images have a recognizable element. They lean against the figurative, because the geometric shapes used have something familiar and natural. According to Killaars, nature is a machine and by repeating different geometric elements, he creates a movement that represents growth and development.