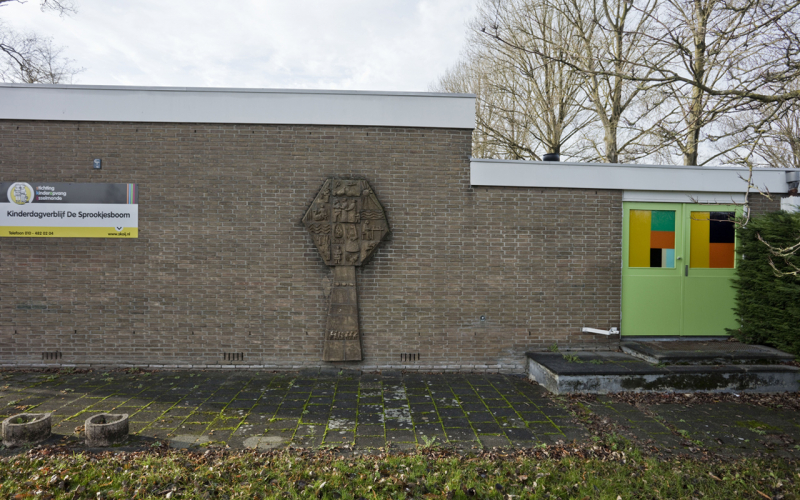 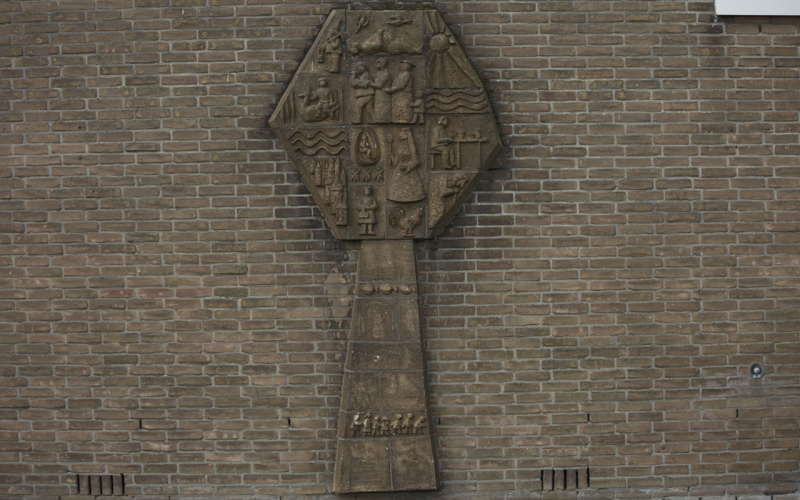 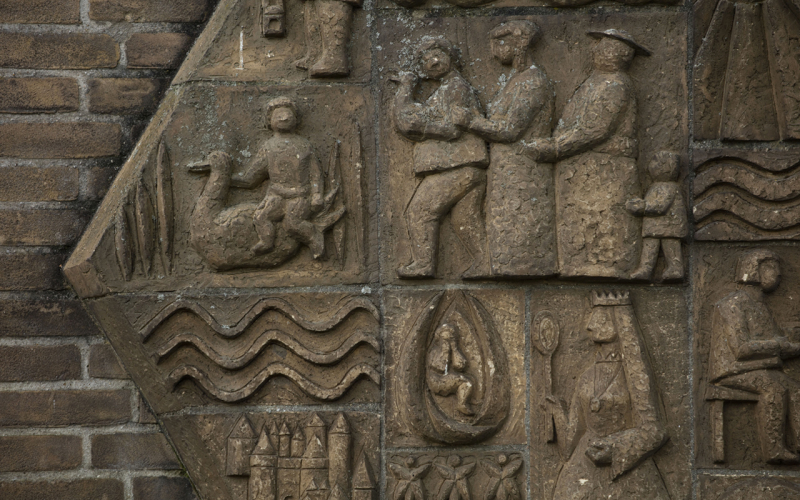 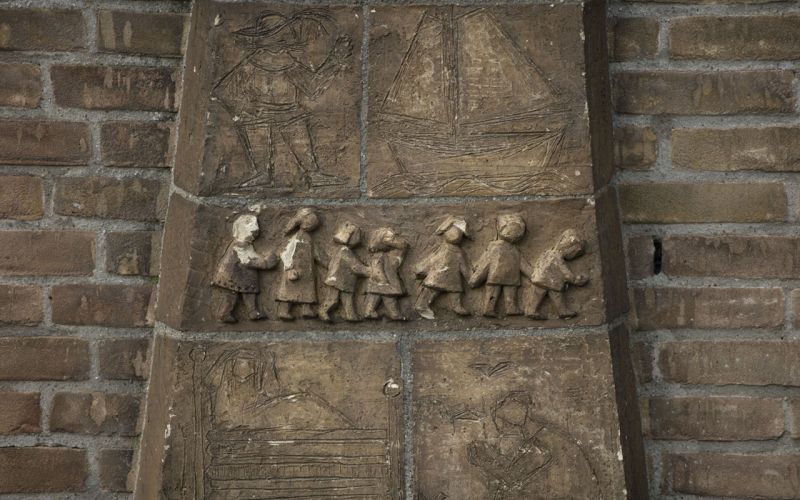 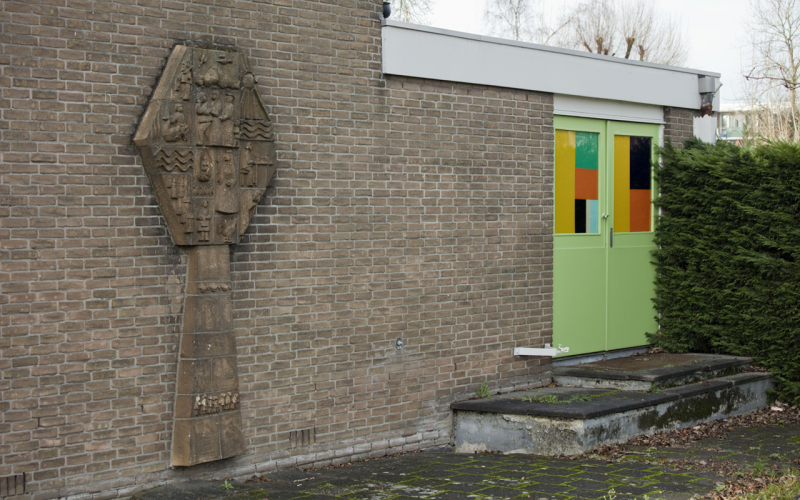 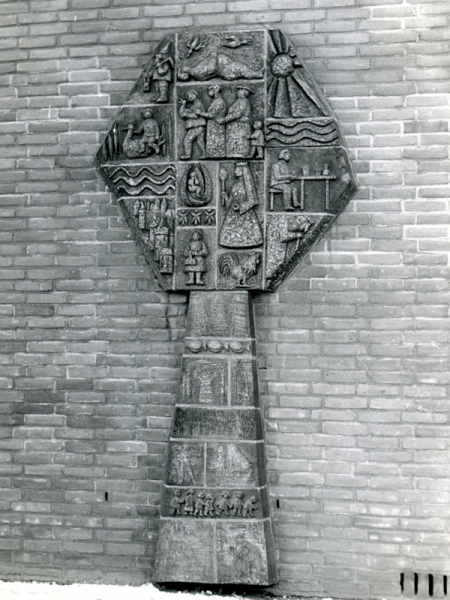 On the side wall of this building is a ceramic wall relief, made by the Dutch sculptor Johanna Helena Schellevis-de Vries, better known as Joep Rooduijn. The relief is of a fairytale tree: it is a tree-shaped cartoon with fairytale characters. The whole has a rhythmic composition of undulating lines and surfaces filled with figures. It fits nicely on the low-rise building next to the door of daycare center 'De Sprookjesboom'. The work with its details is best viewed up close. The work shows some damage, pieces of glaze with underlying ceramics are locally dented. The Fairy tale tree has been realized in the percentage scheme; Rooduijn was commissioned to build the building.

Johanna Helena Schellevis-de Vries, better known as Joep (or Joop) Rooduijn (Amsterdam 1916 – 2012) was a sculptor in Apeldoorn. In Amsterdam she had worked at the Rijksacademie with Professor Bronner. In 1953 she exhibited in Amsterdam with her husband Perdok, in 1959 with Janna Doebele in 't Window in Rotterdam. She would become a member of the Painting and Drawing Society Kunstliefde in Utrecht. Her working period covered at least the fifties and early sixties. An exhibition in the Kapelhuis in Amersfoort in 1961 received positive reviews: chamotter reliefs, figurines and heads in French limestone, described by one reviewer as 'sound and sensitively worked' and 'beautiful and fascinating plastics'. She often works with 'cire perdue' in a stylized figuration, sometimes related to Maillol, often depicting human figures. After 1961 she disappears from the press and the exhibition circuit.