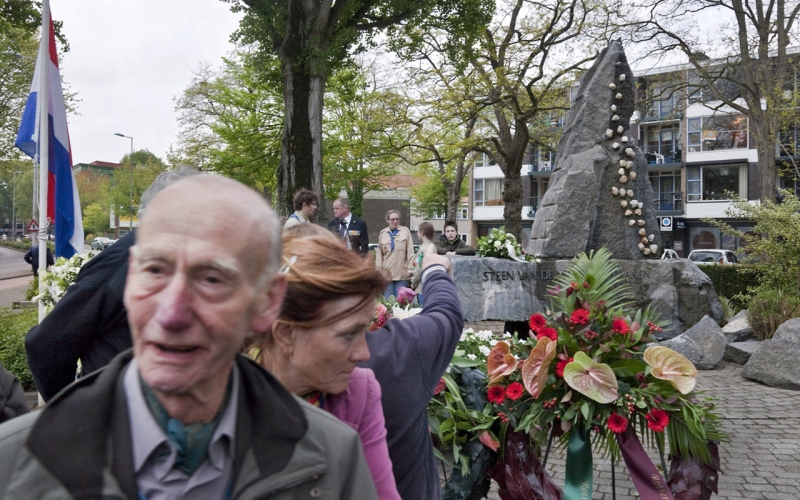 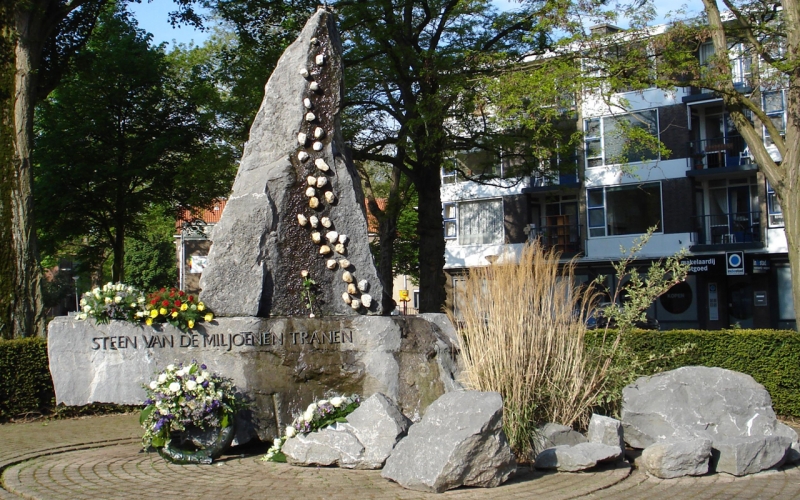 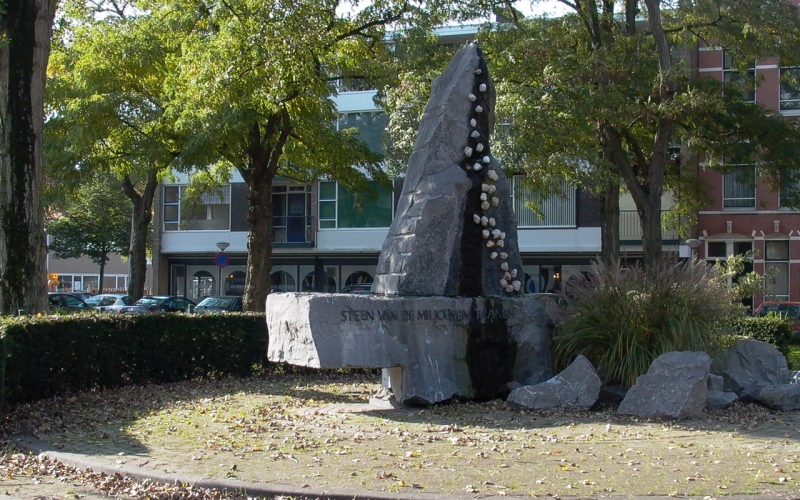 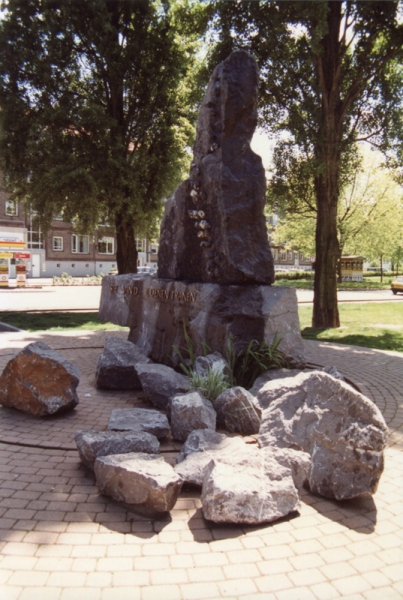 Stone with millions of tears is a national memorial monument made by sculptor Truus Menger-Oversteegen. The broken stone, over which water flows dropwise, symbolizes the broken lives as a result of the war. It is a memorial for civilian casualties of the Second World War and it marks an important historical site. The Stone with millions of tears is located on the border of the area where the houses were totally destroyed by the bombing of 14 in May 1940 and the area where houses remained standing. It is also close to three streets, which are named after the Rotterdam hostages shot: the Willem Ruyslaan, the Chris Bennekerslaan and the Robert Baeldestraat. It was commissioned by the Civil War Victims Foundation.

Truus Menger-Oversteegen (Schoten, 1923 - Bovenkarspel, 2016) was a Dutch sculptor and painter. During the Second World War she was a resistance fighter in the Resistance Council. During the war she carried out many resistance activities with her sister Freddie Oversteegen and Hannie Schaft.