Stretched by rubber in a bow (1981) Fredy Wubben 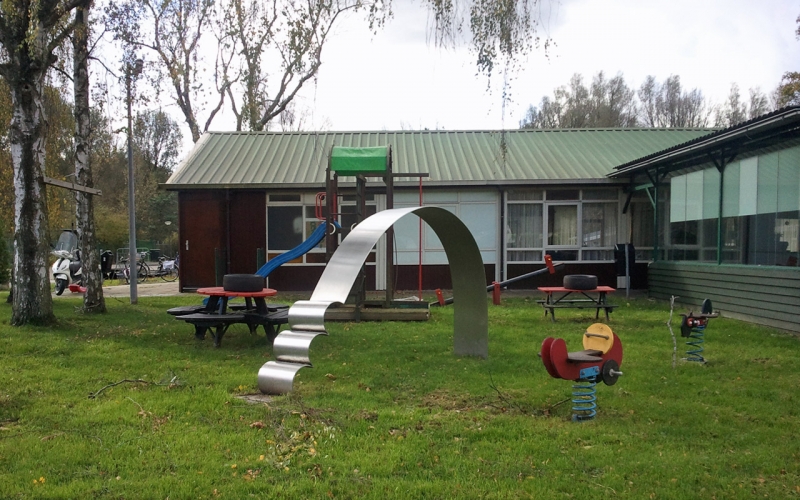 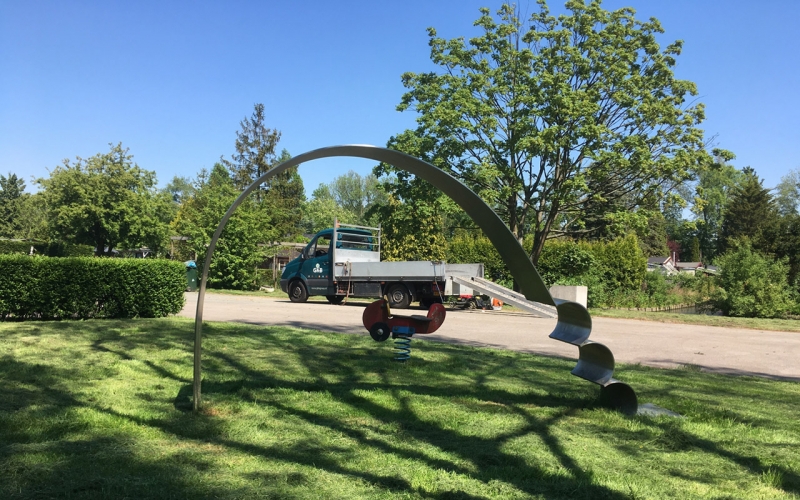 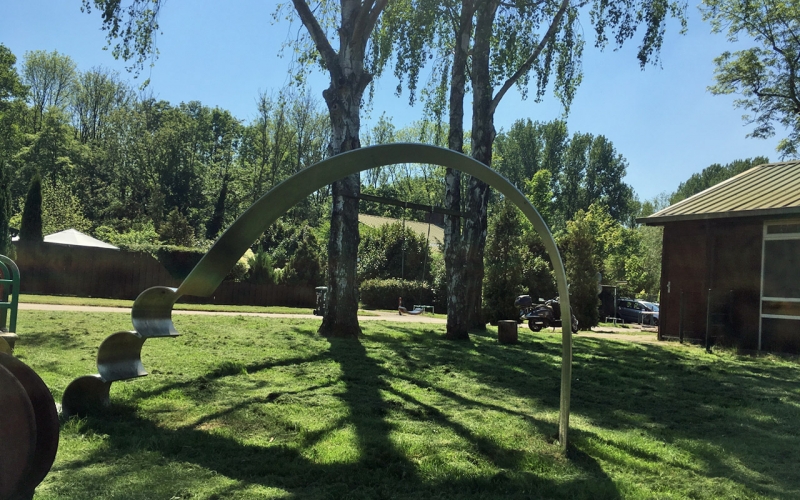 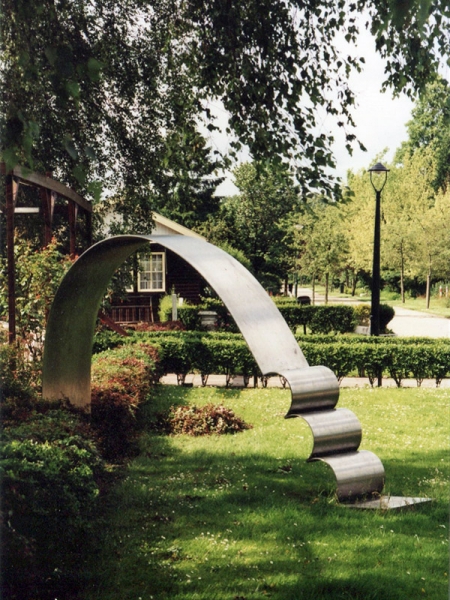 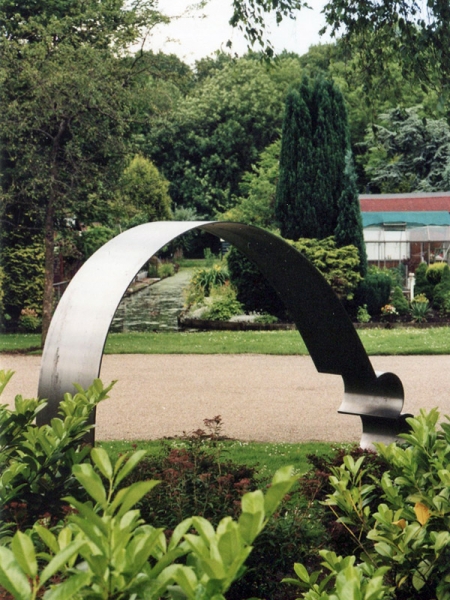 This sculpture is exemplary for the work of artist Fredy Wubben, who introduces a certain tension in her sculptures by using and depicting resilience, as is done here by applying waves to the stainless steel material. The band from the title Stretched by rubber in a bow, on which the metal undulating movement is stretched, is present in mind, but in the execution it has been replaced by a concrete anchor block invisible to the public. The work is about form and about contrasts. The artwork was designed for the location where it stands, at the entrance of Volkstuinvereniging De Veldhoeve. But in original photos, the environment appears to be greener and calmer. Nowadays it stands on a play area between playground equipment.

Fredy Wubben (The Hague, 1940) completed the Free Academy in The Hague in 1967 and exhibited in galleries from the 1970s. She is a sculptor and works in metal, bronze and concrete. In 1961 she receives an incentive prize and in 1977 the Geert Bouwmeester Kunstprijs. From the late 1970s onwards, she made large sculptures, smoothly finished, in stone and metal - often two materials in one image. The works are placed in schools or at companies, including at the Zuid-Holland Electric Company at Maasvlakte, or in parks commissioned by municipalities. Her fame is mainly limited to the Leiden region, where she has commissions for large works of art until the 1990s. Her work can be seen in the Stedelijk Museum Amsterdam.