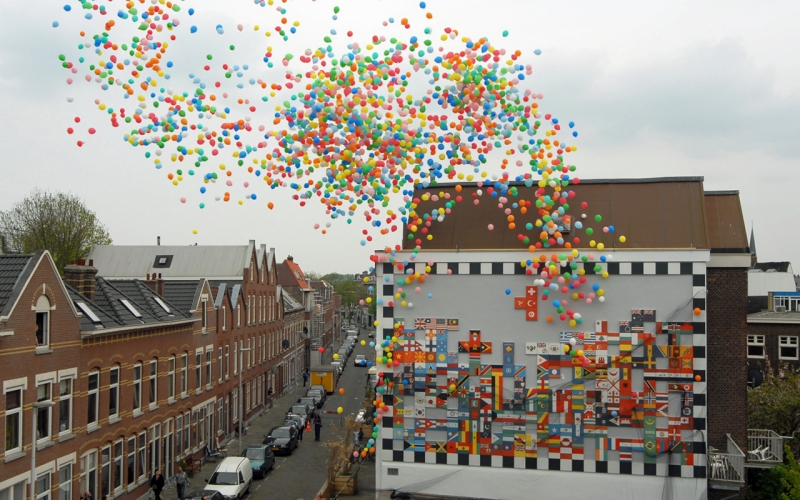 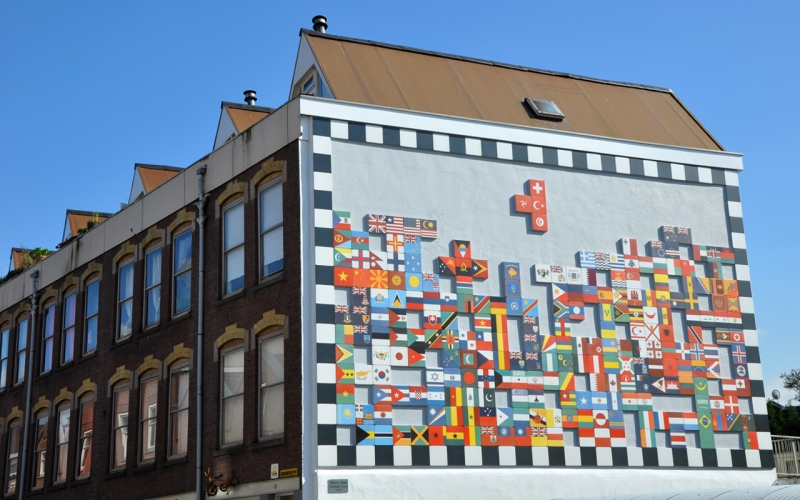 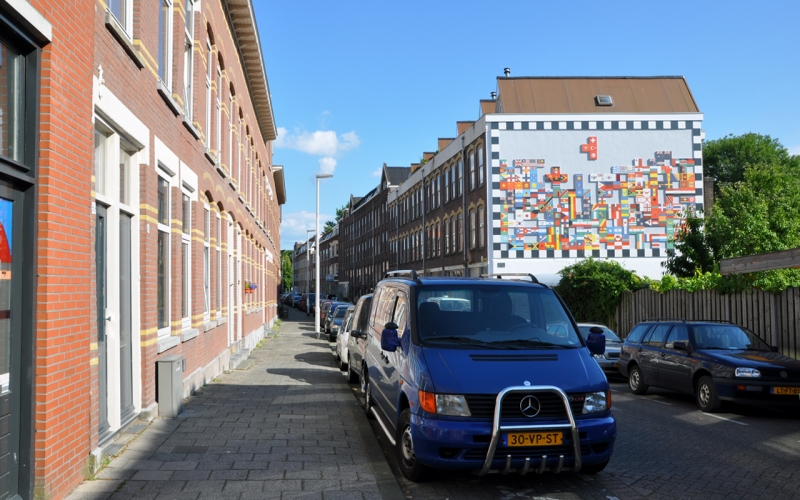 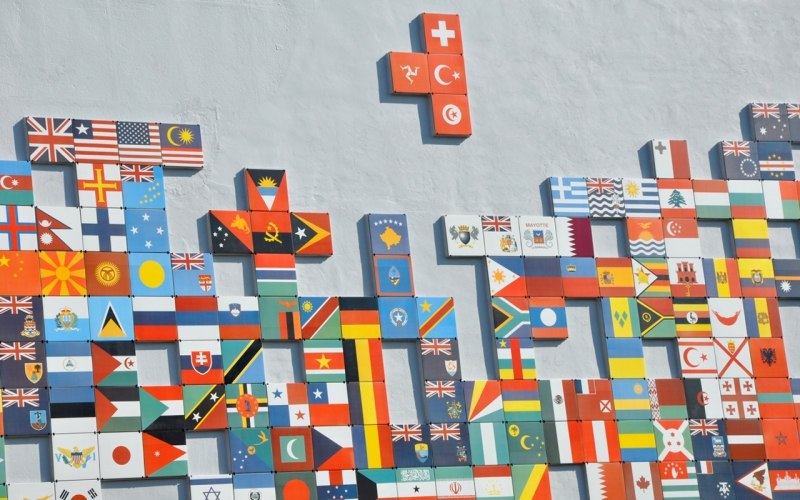 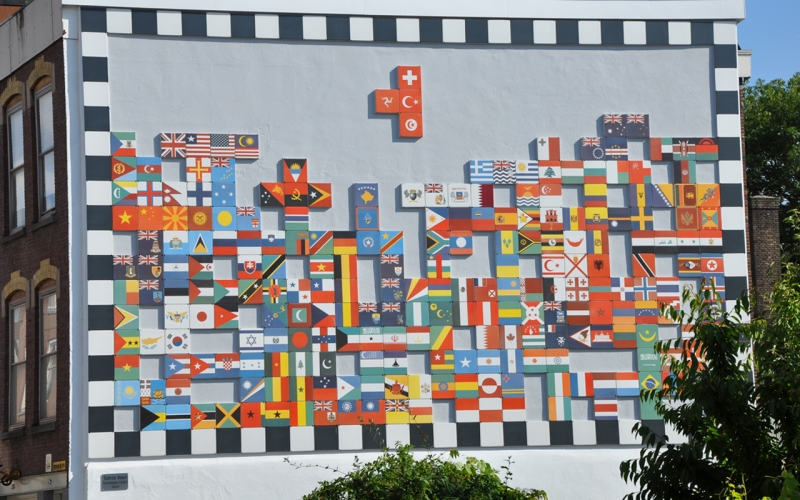 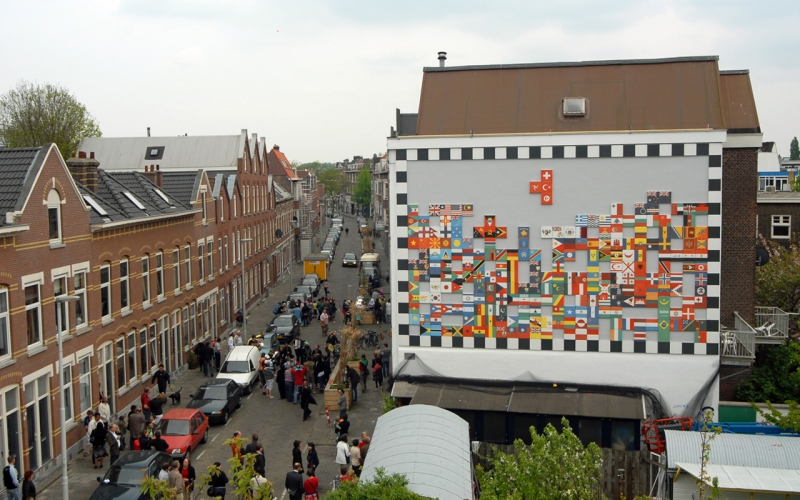 After the artwork is lost The mountain climbers (1981) by Bob van Persie, residents of Clemensstraat and Wolphaertsstraat commissioned the Kick Foundation to organize the competition 'Art on the gable end'. The winning design from the 10 entries is by artist Giuseppe Licari. In front of Tetris Wall he was inspired by the computer game Tetris and the various nationalities of the residents of Charlois. Just like the flags of all countries, the individual blocks in the Tetris game together form a whole. The work shows the personal history of a local resident, brought back to the symbols, shapes and colors on the flag of his home country. Tetris Wall consists of flags of 240 recognized countries; each flag is a ceramic tile measuring 40 x 40 cm. Due to renovation of the block, the work has been removed by the owner of the property in 2020.

Giuseppe Licari (Erice, Italy, 1980) is a conceptual artist and performance artist. He studied at the AKI in Enschede and the Academy of Visual Arts in Bologna. His work focuses on the border between the natural world and the built environment. He often develops industrial and natural heritage projects on location, including in Sicily, Rotterdam and Idaho. He has worked in collaboration with partners such as the Natural History Museum Rotterdam, TU Delft or forest firefighters. His work has been shown in Stockholm (2011), St. Petersburg (2013), Birmingham (2013) and Boise (2016) in America. His installation was spectacular in 2012 Humus on display in TENT. Giuseppe Licari was born in Sicily, but has lived in Rotterdam since 2007.