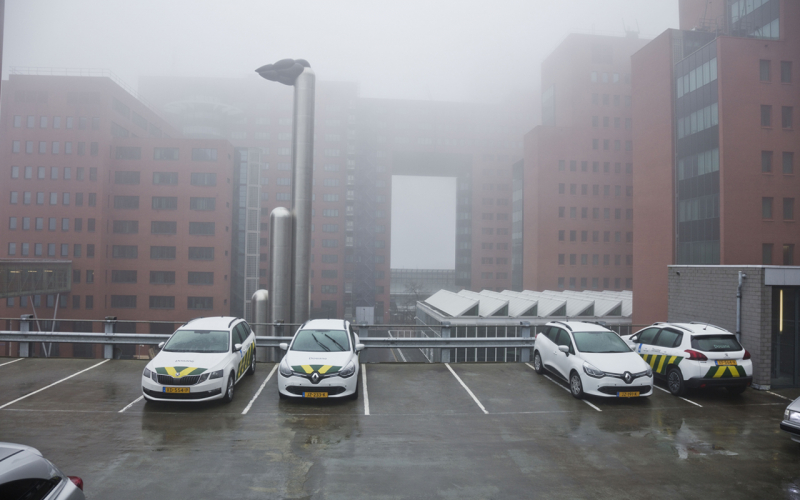 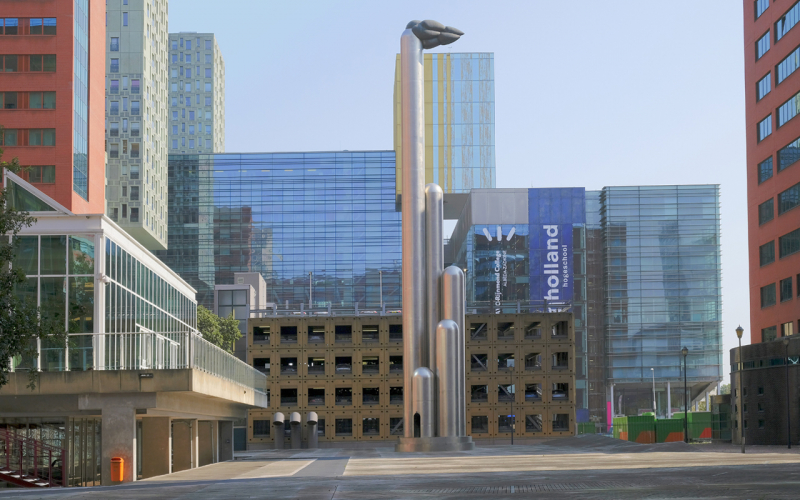 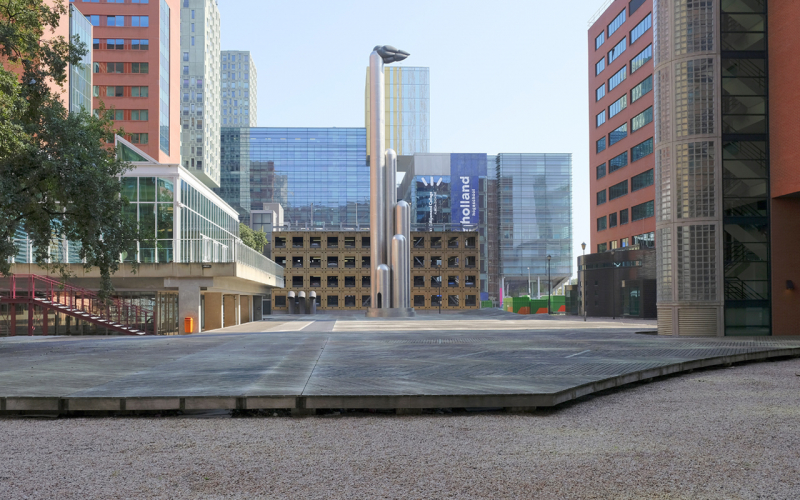 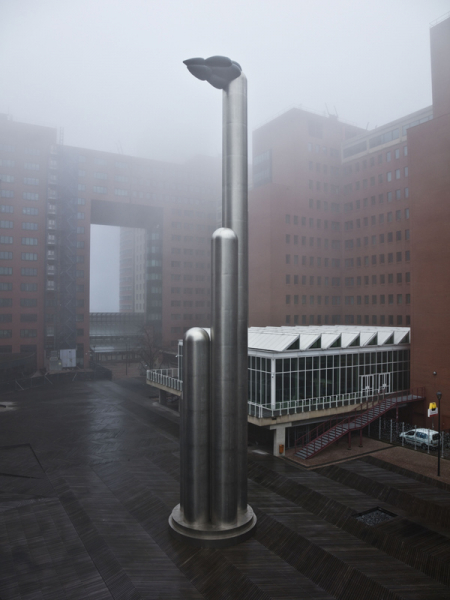 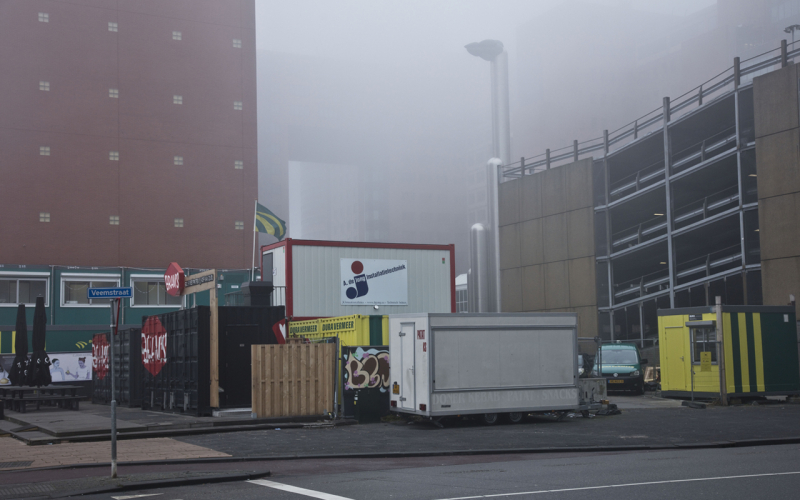 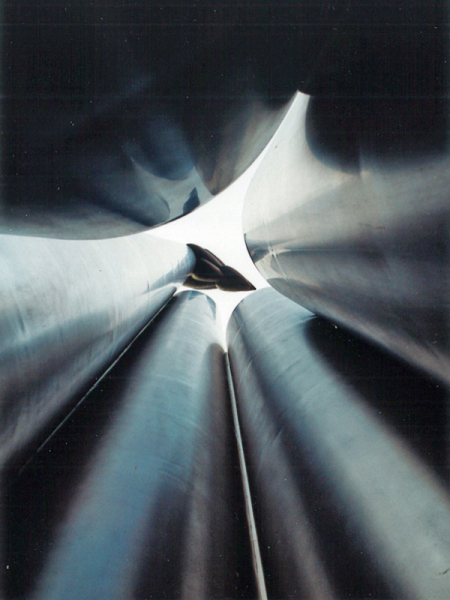 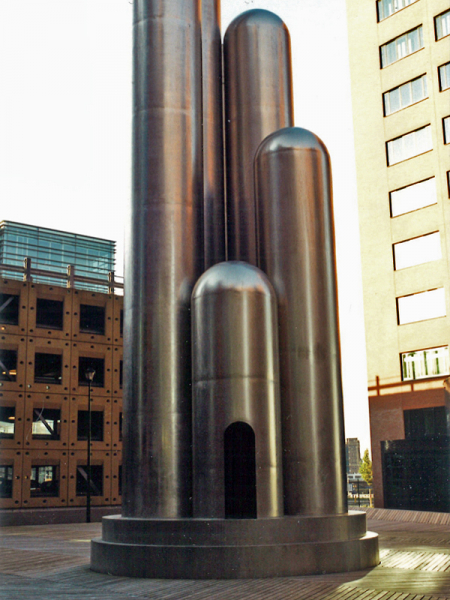 In the courtyard behind the Courthouse and the Tax Office is a huge work of art. It is a thirty meter high stainless steel sculpture made by visual artist Joost van den Toorn. The client is the Government Buildings Agency, which also proposed the height of the statue in order to be able to compete with the surrounding buildings, which are fifty meters high. The artwork The asylum was made in the percentage scheme during the construction of the two government buildings in 1996, the Courthouse and the Tax Office. The asylum consists of five stainless steel cylinders of different heights that stand against each other on a layered platform. The smallest tower is about three meters high. The highest is 30 meters and carries a bronze cloud four by two by two metres. “Looking at my images in different ways at the same time,” says Van den Toorn. “That's because of the humor that is always included in my work. In the Rotterdam image it is the surreal presence of the cloud. Humor makes things negotiable, takes them out of the taboo sphere. It protects this image from megalomania.” But the sculpture also gives an ominous impression. Van den Toorn: “A court and tax office are ominous entities. Anyone who has to enter here is not at ease with his fate. Perhaps this statue wards off disaster, precisely because of its threatening appearance. I thought of the stone menhirs that also stand together in a circle and which probably had an incantatory, religious function. The title The asylum refers to that ambiguous combination of deterrence and holiness: the word means both 'mental institution' and 'refuge'.” (Source: Renée Steenbergen, NRC Handelsblad online, 21 December 1996)

Joost van den Toorn (Amsterdam, 1954) studied from 1976 to 1980 at the Gerrit Rietveld Academy in Amsterdam. Van den Toorn draws inspiration from ethnography and outsider art. His work often has a cartoonish appearance, combining old symbols with popular imagery. He raises heavy or loaded themes with humor. Recurring subjects are religion, sex and death, which he always portrays with irony. In 1990 he won the Leonardo da Vinci Award. Work by Van den Toorn can be found in private and corporate collections, and in museums such as the Kröller-Müller or Van Abbemuseum. In addition to this work in the public space of Rotterdam, public works can also be seen in Amsterdam, Amstelveen, Hilversum, Heerlen, Maastricht, Zeist and Zoetermeer.