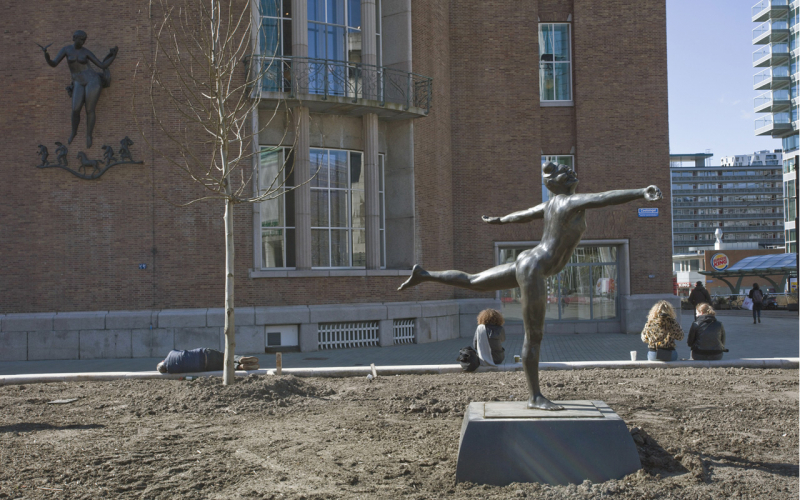 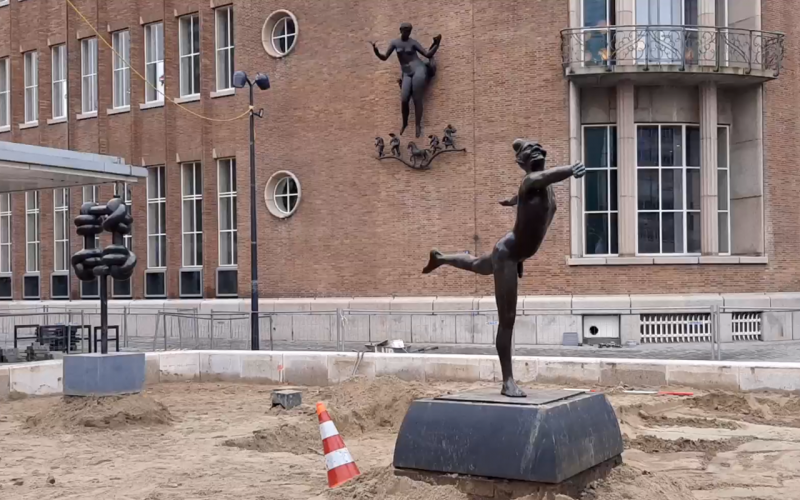 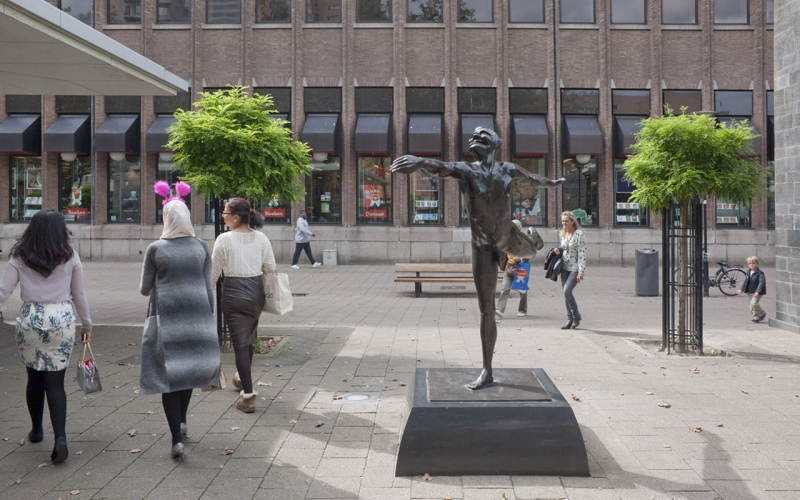 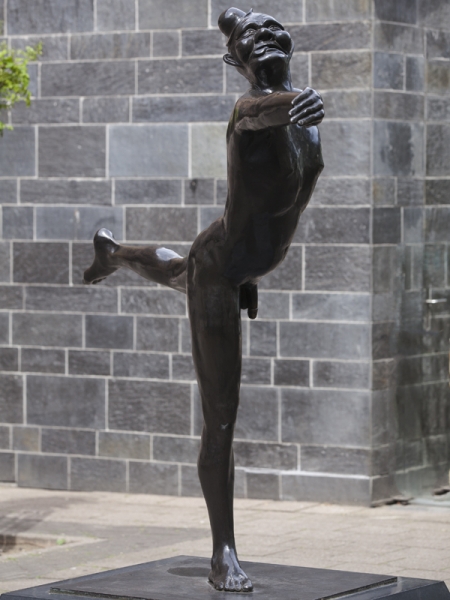 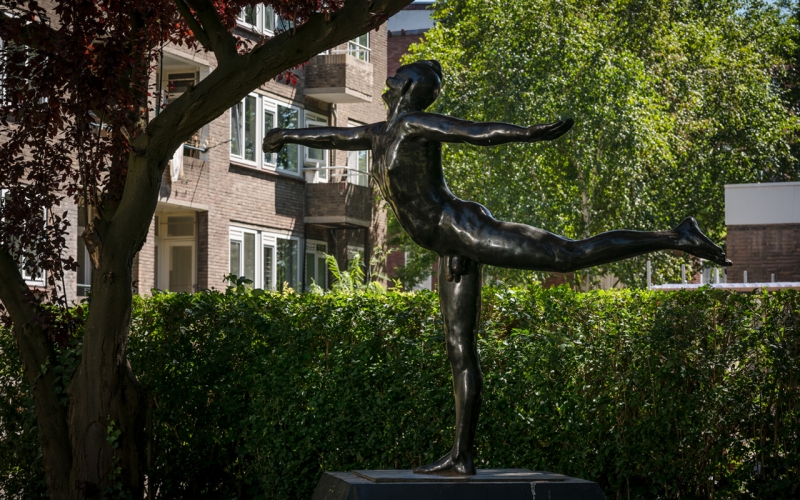 Like a flying celestial, this cheerful naked clown with his hat stood up until May 2018 on the Coolsingel. The statue was made by the British artist Thom Puckey, who has been working as a sculptor and teacher in the Netherlands since 1978. Although figurative, Puckey's work is not easy to fathom due to his enigmatic nature. Here appears the title The Husband of the Doll (The husband of the doll) to refer to a fairy tale or a children's story. The husband looks a bit like a cartoon character, but Puckey also refers to sculpture. Compare it with the dancer from Degas, the Eros at Piccadilly Circus in London and the Mercury from Giambologna. By linking the slender floating position to a clown, he creates a transverse image. The naturalistic body merges into the strikingly caricatural head, which has a wistful appearance. In the meantime, the old professional knowledge is needed to keep the image in balance. Craftsmanship, humor, art-historical tradition and alienation go hand in hand here. Due to long-term work on the Coolsingel The Husband of the Doll temporarily placed in the garden of CultuurWerkplaats Tarwewijk. The statue has been back on Coolsingel since January 2021. For more information: Sculpture International Rotterdam.

Thomas William Puckey (London, May 23, 1948) received his art education at the Slade School of Fine Art and then his master's degree at the Royal College of Art, both in London. Puckey settled in Amsterdam in 1978, where he has been working ever since. From 1984 to 1987 he taught spatial design at the Minerva Academy in Groningen, from 1985 to 1989 teacher of mixed media at the Academy of Art and Industry (AKI) in Enschede, from 1987 to 1995 teacher of sculpture at the Rijksacademie van Beeldende Kunsten in Amsterdam and finally, from 1997 onwards teacher of autonomous art at the Academy for Art and Design St. Joost in 's-Hertogenbosch. Puckey mainly works for public space. His artworks can be found in many Dutch cities.