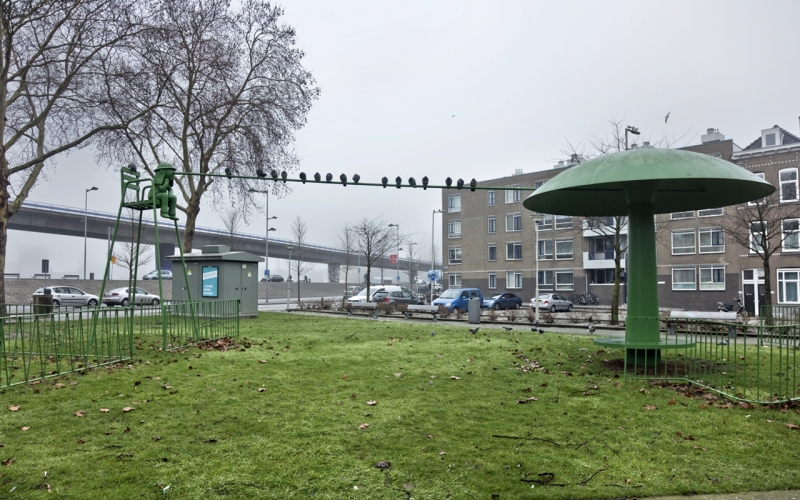 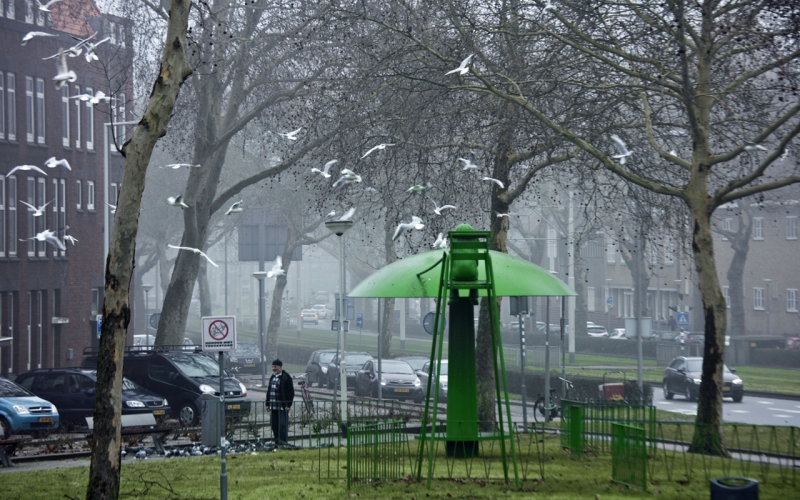 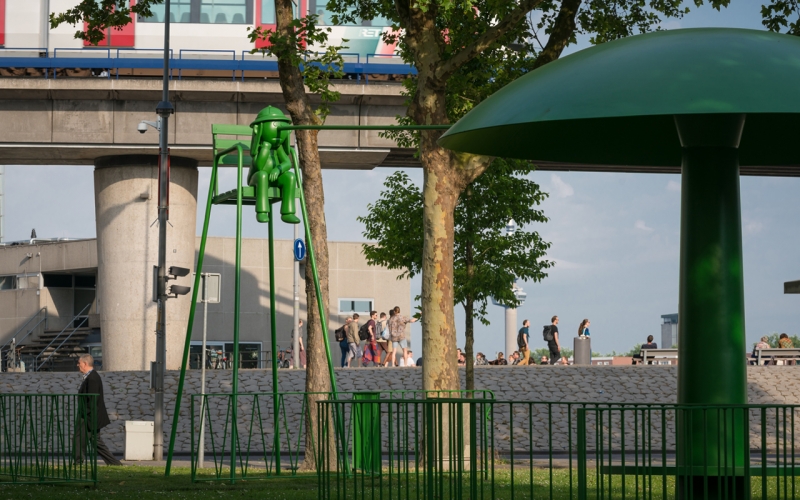 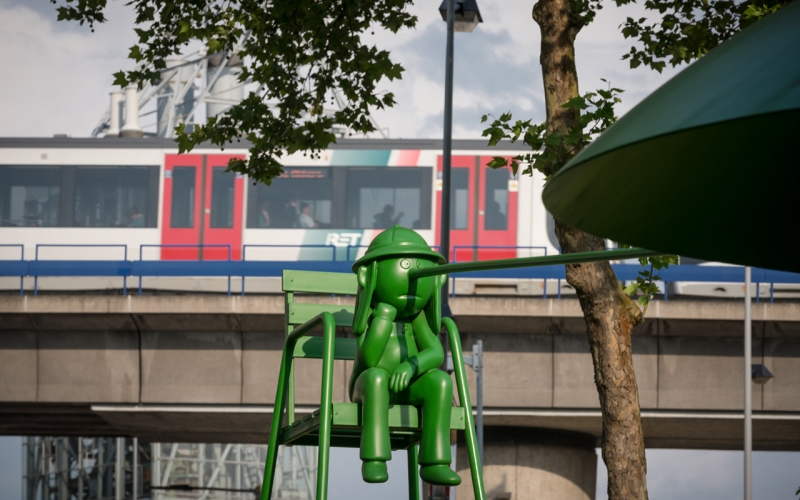 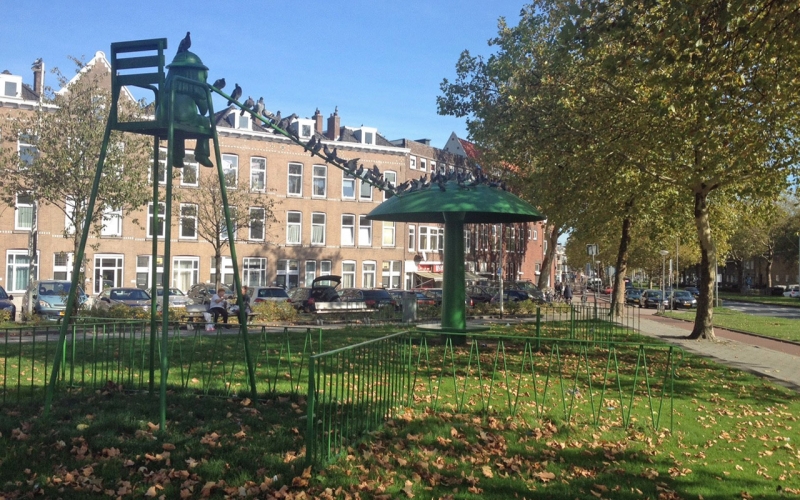 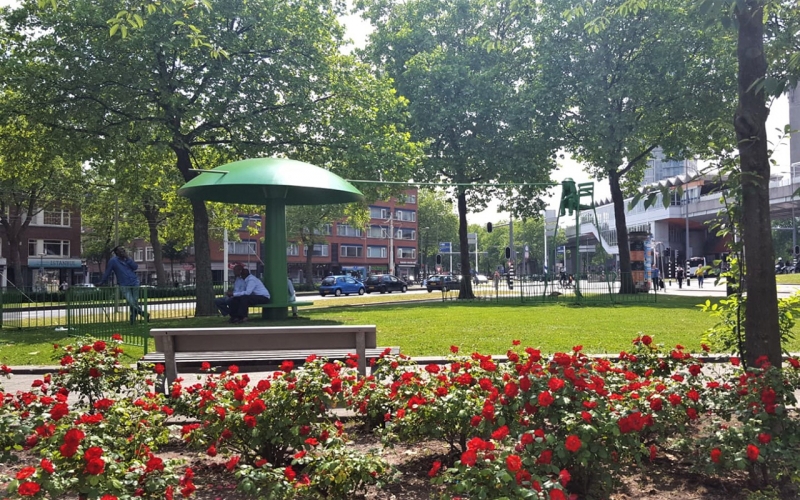 The Idler's Playground (Playground of a good-for-nothing) was created by the German sculptor Cosima von Bonin and consists of two parts. One part is a Pinocchio-like boy in a hat, seated on a life-size tennis referee chair. Pinocchio is sitting idle: he leans forward in his chair, his chin leans on his right hand and he stares bored or rather dejectedly. Meanwhile, his nose has become so long that it pierces right through the mushroom on the opposite flowerbed. A bench has been placed under the mushroom that invites the spectators to do the same as Pinocchio, as it were. But whether, given his long nose, it benefits them? Ultimately, the image mainly seems to be an invitation to withdraw from everyday life, which is not only apparent from Pinocchio's nothingness and the bench, but also from the fact that both images are completely painted green - as if the entire work of art wants to stand out as little as possible. The Idler's Playground stood since 2010 on the Weena, first at Hofplein and later at the beginning of the Lijnbaan. In 2018 the statue has been relocated to the green park at the beginning of Putselaan, near the Maashaven metro station. For more information: Sculpture International Rotterdam

Cosima von Bonin (Mombassa, Kenya, 1962) is a German artist; she lives and works in Cologne. Her art is just as elusive as herself: she works with textiles, with film and builds installations that often refer to popular culture, pop art and fairytales. In recent years, Von Bonin has exhibited at Museum Ludwig in Cologne, Mamco in Geneva, Witte de With in Rotterdam and the Museum of Contemporary Art in Los Angeles. In 2007 she showed work at Documenta 12 in Kassel.