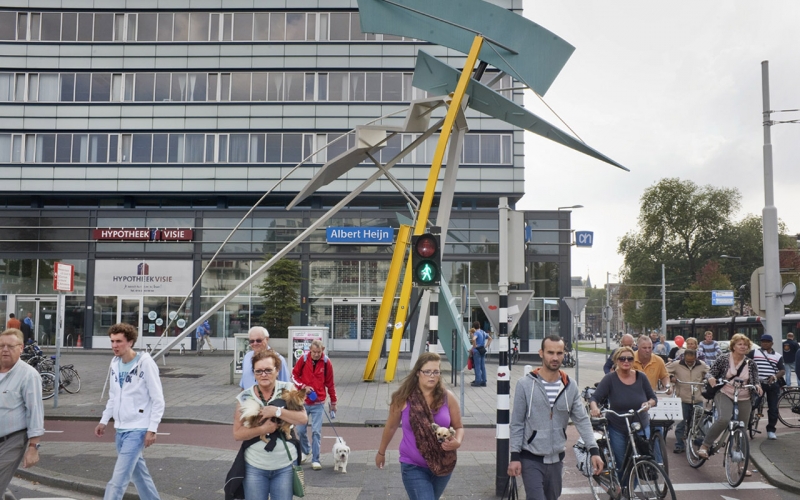 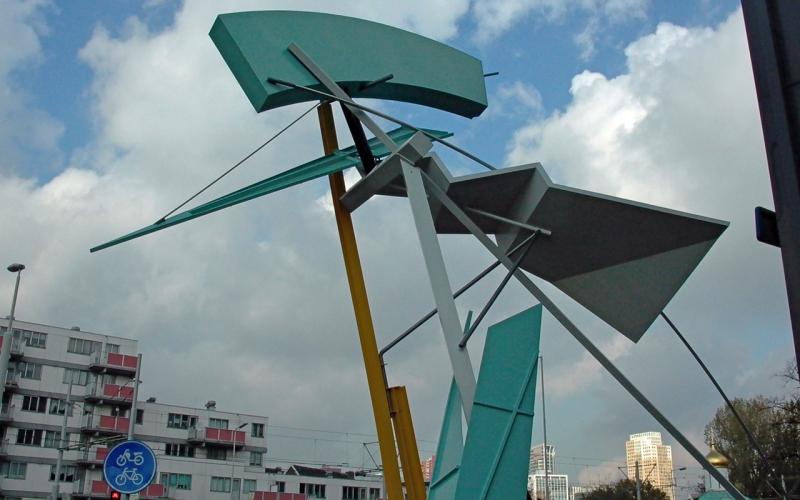 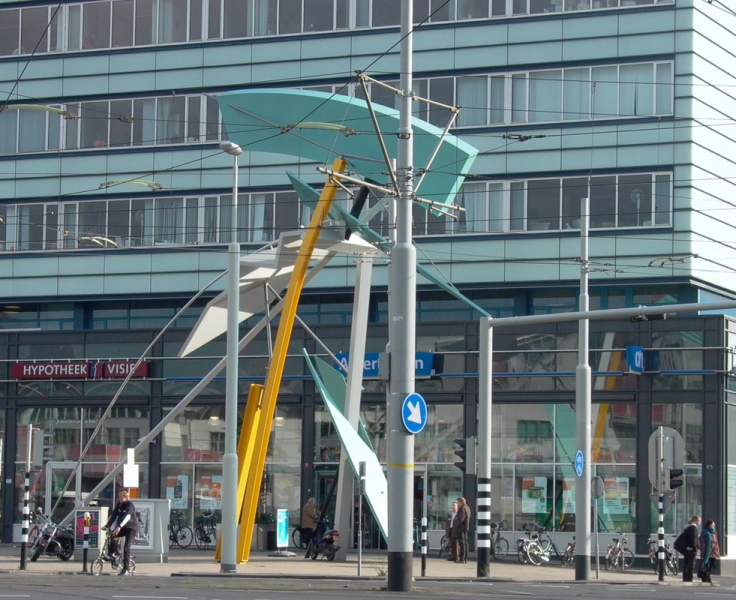 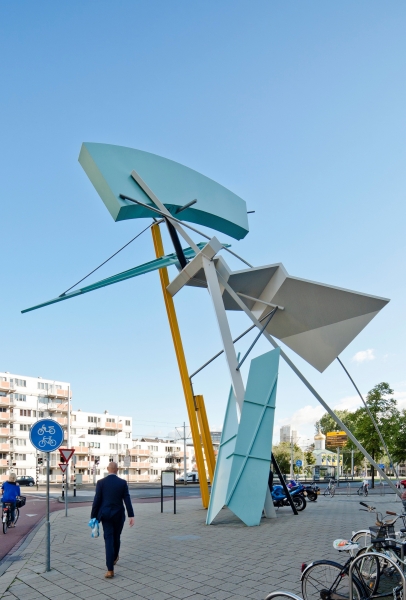 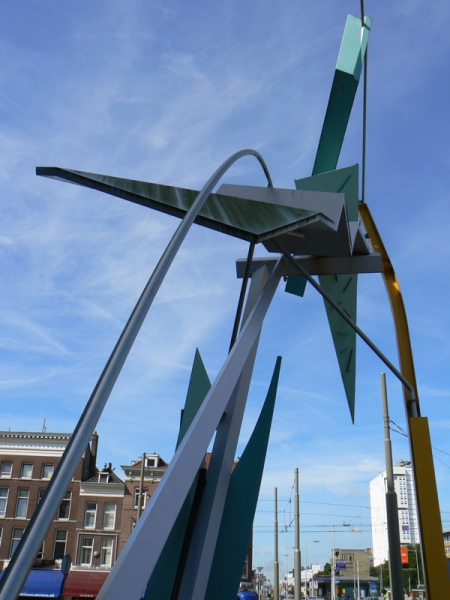 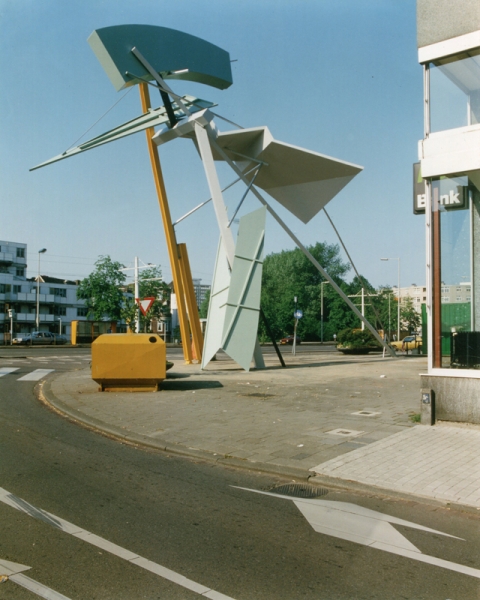 Until well into the 1990s, Coop Himmelb (l) au worked in deconstructivism, for which this image is exemplary: not looking for harmony and synthesis, but rather for fragmentation, chaos, contrast and movement in the design. The duo designed the image as part of the 'Images in the City' project in 1988. The sketch was created in one short moment during the design process. The deliberately chosen intuitive working method of Coop Himmelb (l) au results in expressive designs for buildings and sculptures, including the image produced for Rotterdam The Long Thin Yellow Legs of Architecture, either "The long, thin, yellow legs of the architecture" Originally the work for café 'De Unie' on Westersingel would be placed, but the work was too large. It is an open construction of sheet steel and beams. The materials from functional construction contrast with the effect, which is emphatically non-functional. By this way of working the architects suggest a lightness of the image that is incompatible with the format. The use of color also contributes to this: the heavy, steel beams and plates are largely painted in light colors such as yellow, white and azure blue. For more information: Sculpture International Rotterdam

The Coop Himmelb (l) au agency was founded in 1968 in Vienna by Wolf D. Prix (Vienna - Austria, 1942) and Helmut Swiczinsky (Poznan - Poland, 1944). Coop Himmelb (l) au is an architectural duo that works related to the visual arts. Both members studied architecture at the Technical University of Vienna and at the Architectural Association in London. In 1968 they entered into a partnership and since then the duo has been working exclusively on joint projects. In the Netherlands, Coop Himmelb (l) au is best known for their design for the Groninger Museum's Ancient Art Pavilion (1994).