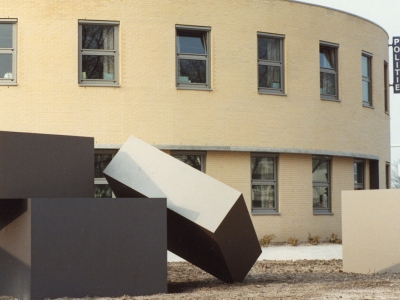 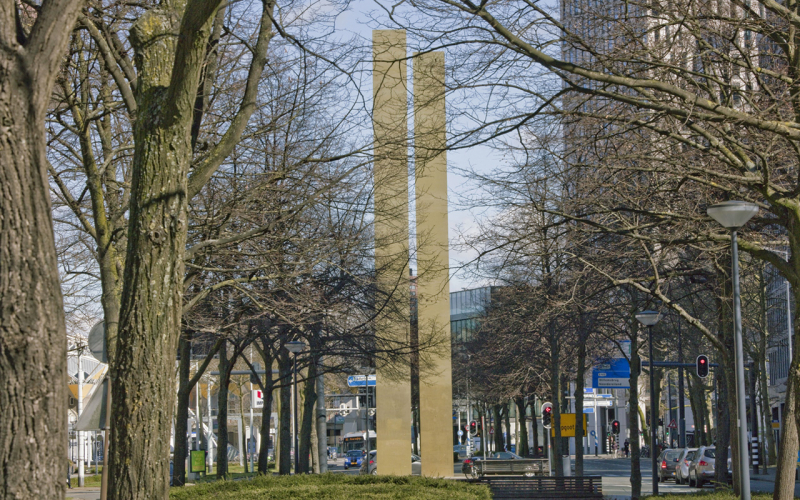 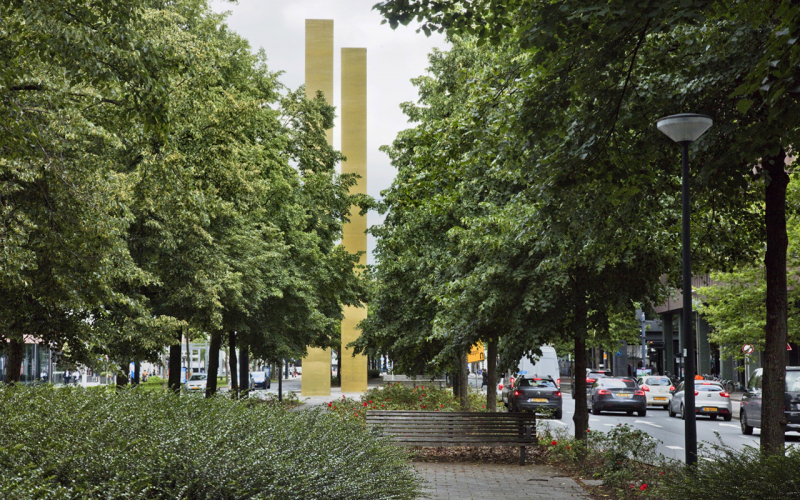 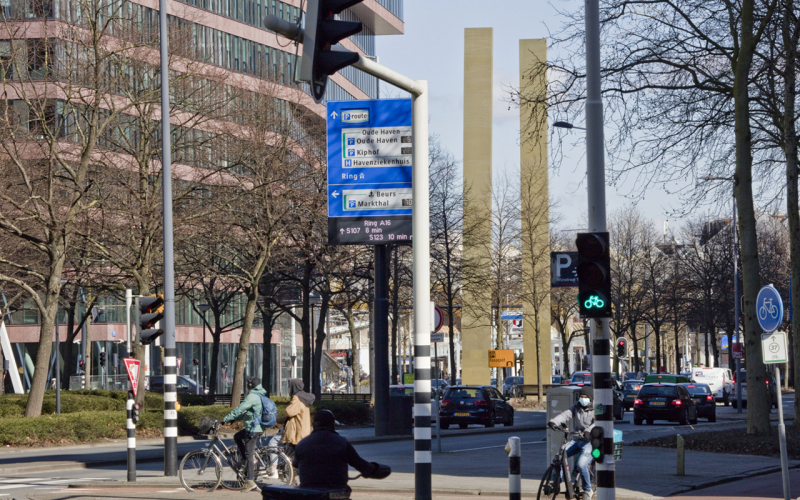 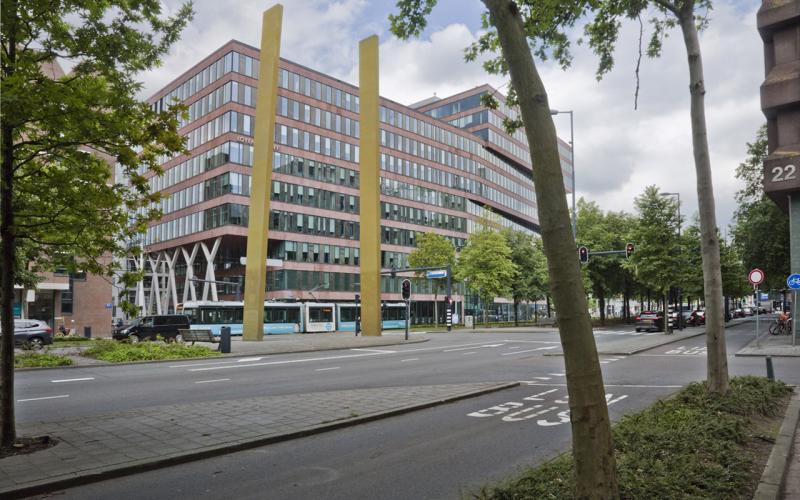 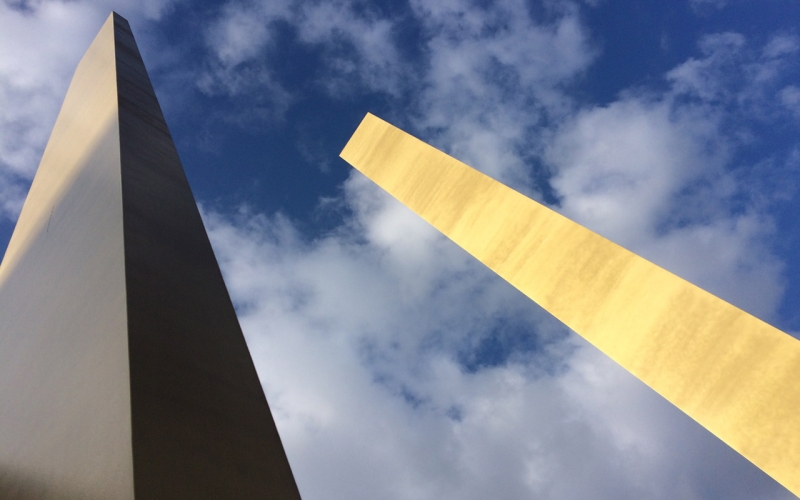 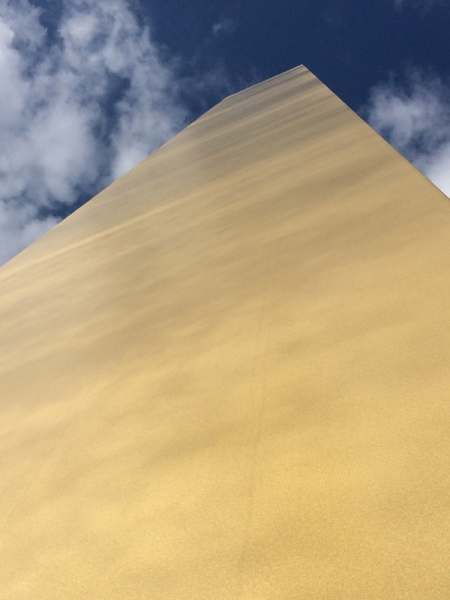 After the 1940s and 1950s, in which reconstruction was central, a turning point came in the 1970s: Rotterdam focused on the recreational function. De Blaak would become an area in which pedestrians could stroll as well as where car traffic could move. A wide median strip would function as a pedestrian zone. These plans were later abandoned, but the proposal to place a work of art was carried out: the choice fell on visual artist Lon Pennock to design a work of art. Pennock had taught at the Academy of Art at 10 Blaak and was therefore familiar with the environment. In 1984 the statue became The River posted. Two elongated strips of iron accentuate the height of 20 meters, standing on the longitudinal axis of the Blaak and forming a gate for pedestrians crossing the Blaak. The two elements make a striking vertical contribution to the urbanity of the area. They are reminiscent of obelisks or pillars in a sleek modern design. Both parts lean slightly forward, which gives the image tension. With the arrival of the Markthal in 2014, the traffic situation around the statue changed: there had to be a 'left turn' towards the parking garage under the Markthal. Due to the changed environment of the image, it was decided in consultation with the artist to change the 'colour' of the work, so that it would not disappear from the entire entourage. That's why . has The River a gold hue since 2013.

Sculptor Lon Pennock (The Hague, 1945 - there, 2020) made drawings and collages in addition to many abstract sculptures in public space. His images are reactions to or enhancements of elements in their environment. They are mainly made of metal. In addition to being a sculptor, Lon Pennock was also a teacher at the Willem de Kooning Academy in Rotterdam.