The Tower of Numbers (1999) Peter Wilson 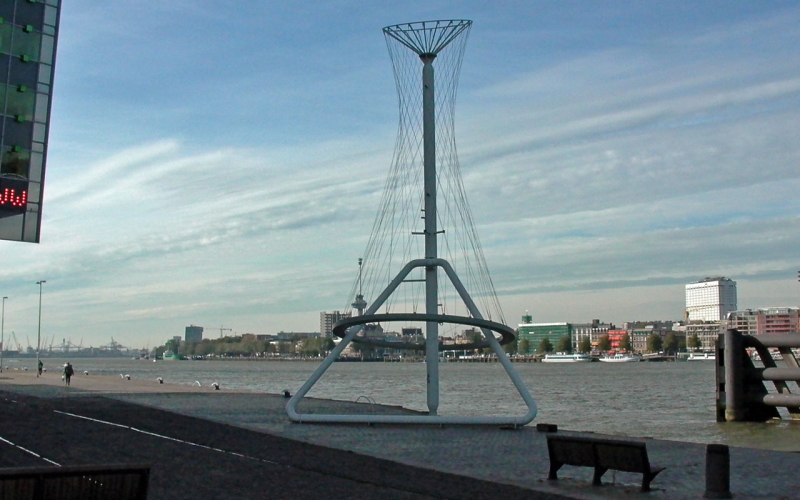 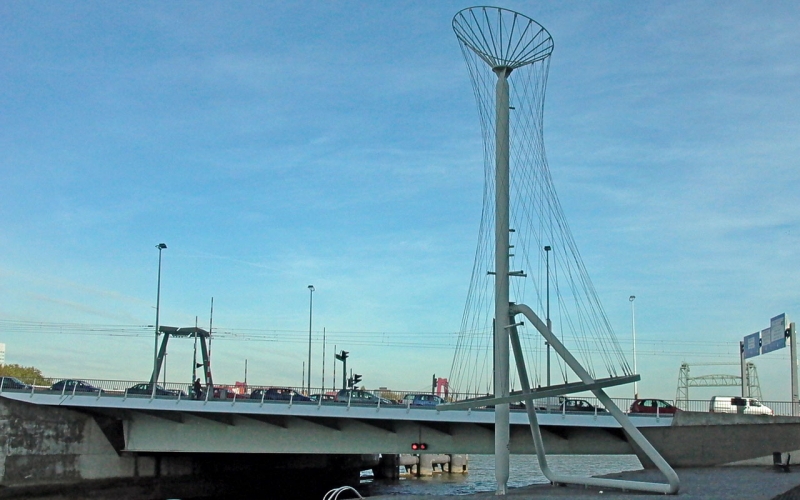 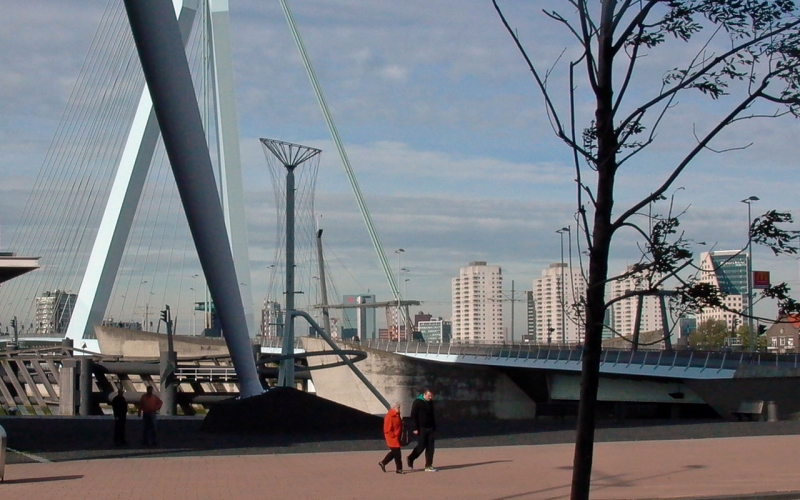 This design by architect Peter Wilson is located at the foot of the Erasmus Bridge and in front of the Toren op Zuid, better known as the KPN building, after a design by Renzo Piano with a facade that is illuminated at night by 896 green lamps. The Tower of Numbers takes its name from the numbers that could be read on it from the opening day of the Erasmus Bridge on 4 September 1996. There were 5 digital displays on the mast with different number series: the time, temperature, heart rate, a random number and the figure of the world population. With these numbers, the architect wanted to show the movement and dynamics at the Kop van Zuid, which was still in full development at the time. The object was removed due to the expansion of the KPN tower and the redesign of the square in front.

The Australian architect Peter Wilson (Melbourne, 1950) received the President's Prize in 2009. This is an award from the Victorian section of the Australian Institute of Architects for his entire oeuvre. Wilson is also known in Rotterdam as the architect of the New Luxor theater. He also designed the Brink Center in Hengelo.