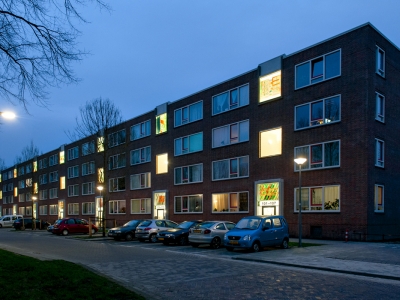 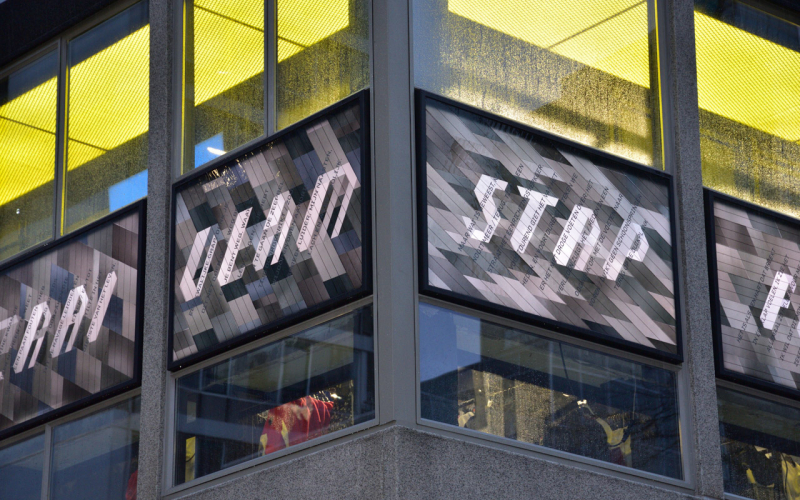 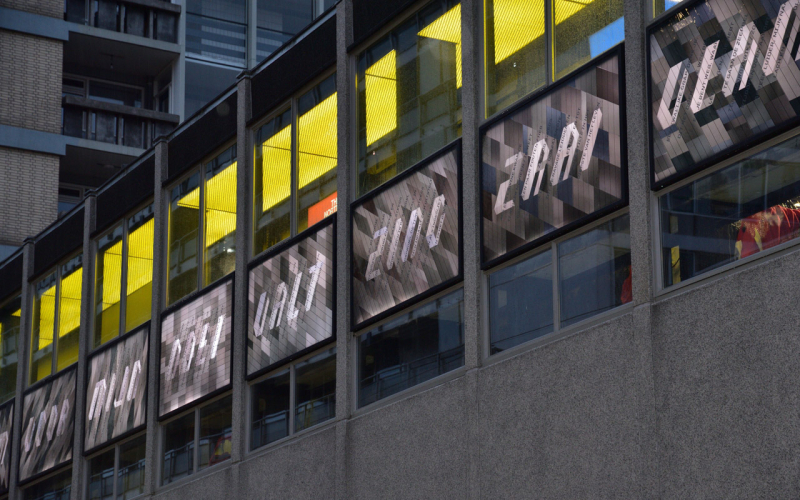 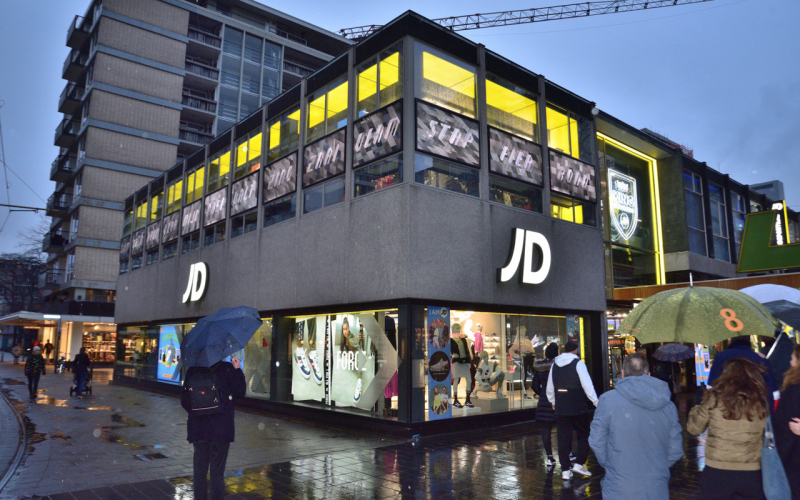 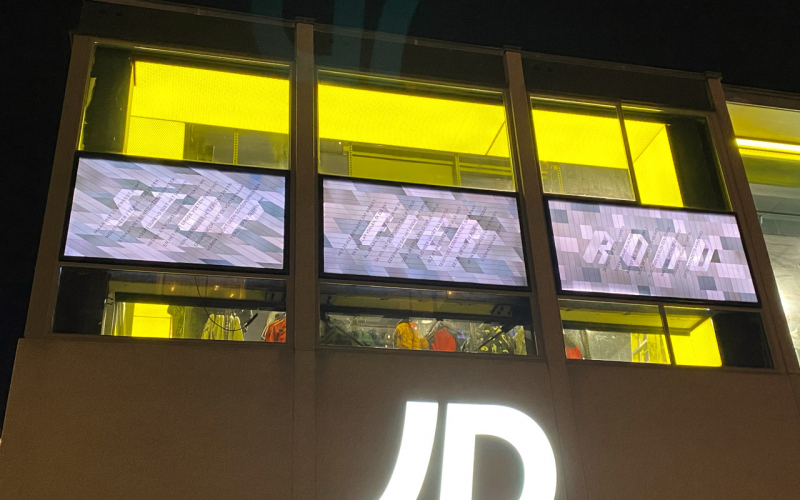 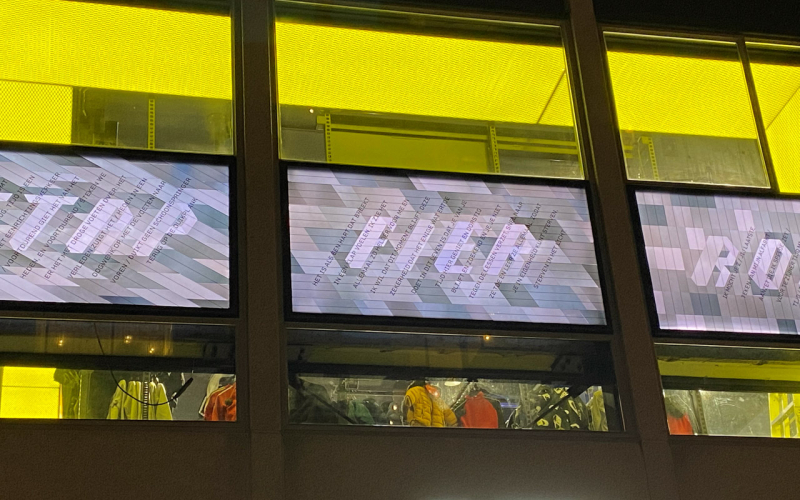 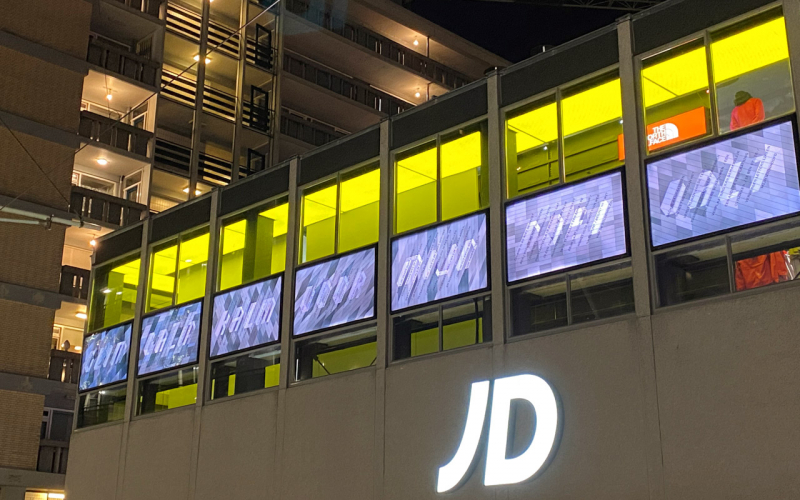 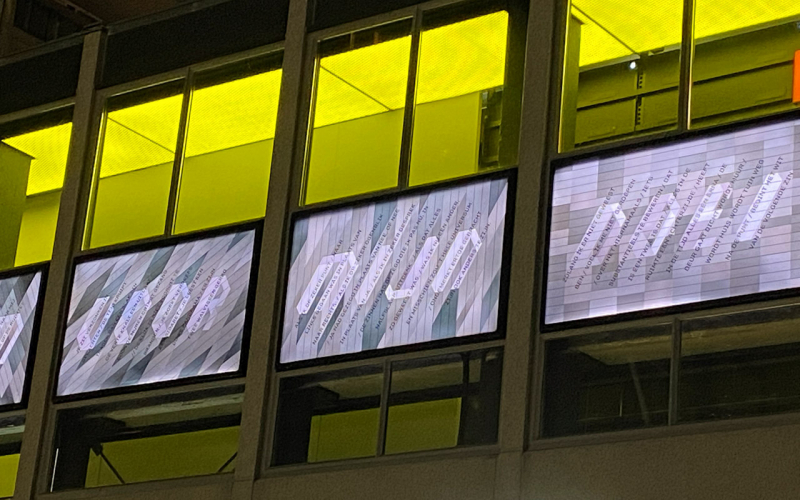 Commissioned by JD Sports, Mei architects and planners renovated the shop on the corner of Lijnbaan and Van Oldenbarneveltplaats. The building is part of the Lijnbaan complex, which became a National Monument in 2010. The starting point of the renovation was to bring it back to the time layer (the historical image) of 1955. This meant that a new facade artwork had to be made as well, in reference to the original that was lost in the 1970s. Artist Milou van Ham was asked to design the artwork. The restoration of this monument for the future gave her the idea to use time as a theme. Work Time consists of sixteen glass appliqué panels with lines parallel to the hands of the clock (0, 30, 60, 90, 120, 150 or 180 degrees). Each panel contains a large four-letter word and one or more verses from a poem. From the enormous archive of 50 years of Poetry International, Tsead Bruinja (poet of the fatherland 2019-2020) and Van Ham selected the sixteen verses or poems, which are about time. The glass is composed of twenty green, blue and gray shades in different transparencies. Time is a building-related work of art.