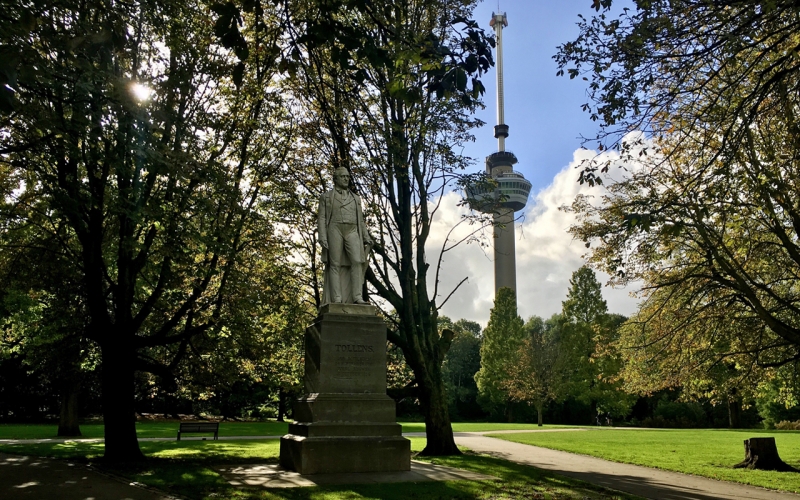 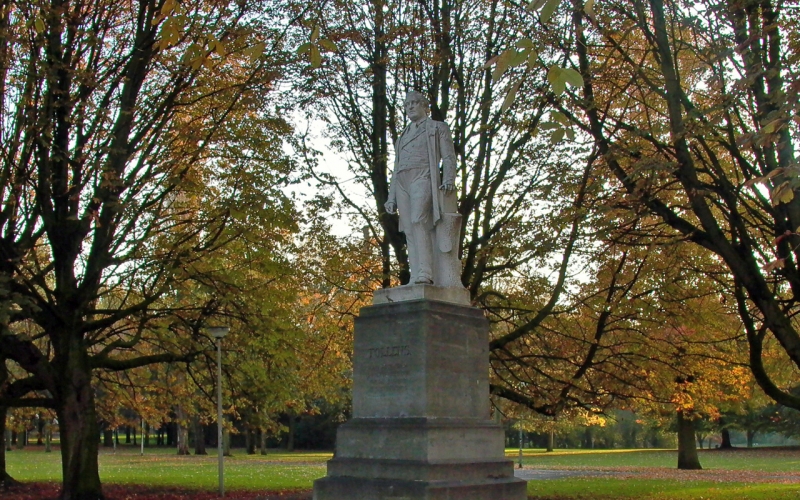 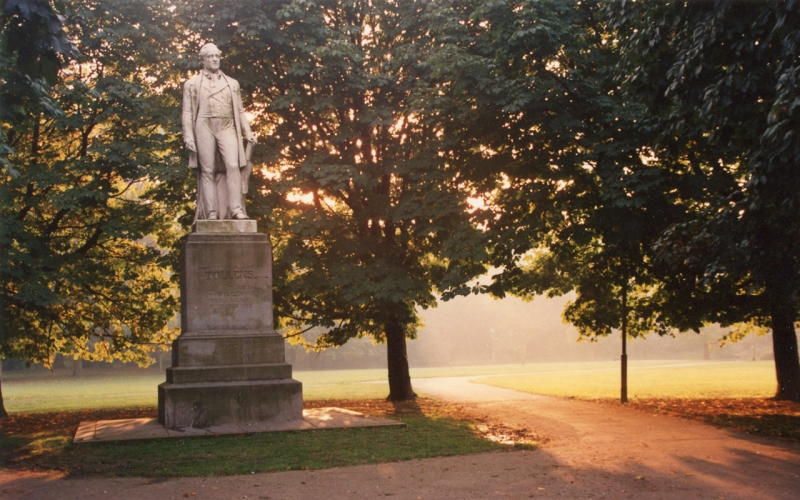 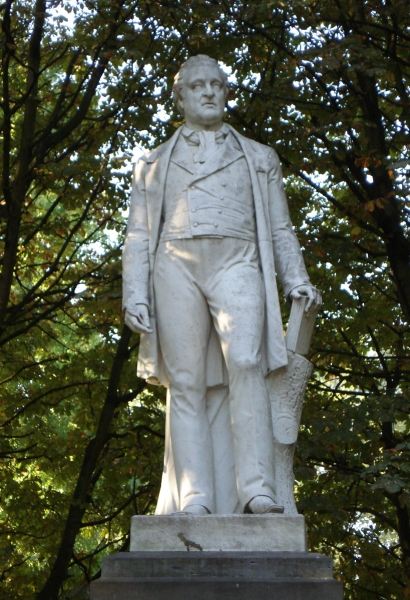 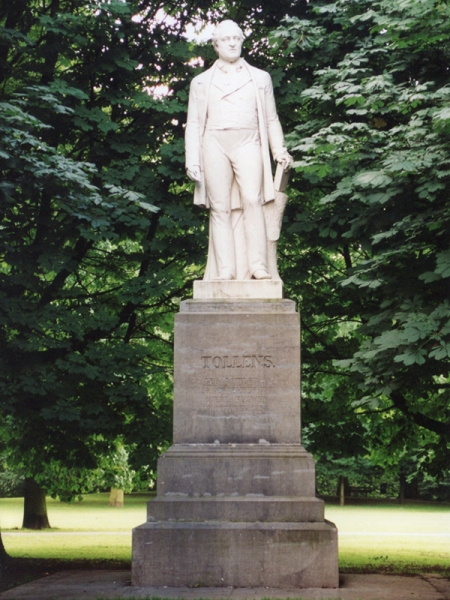 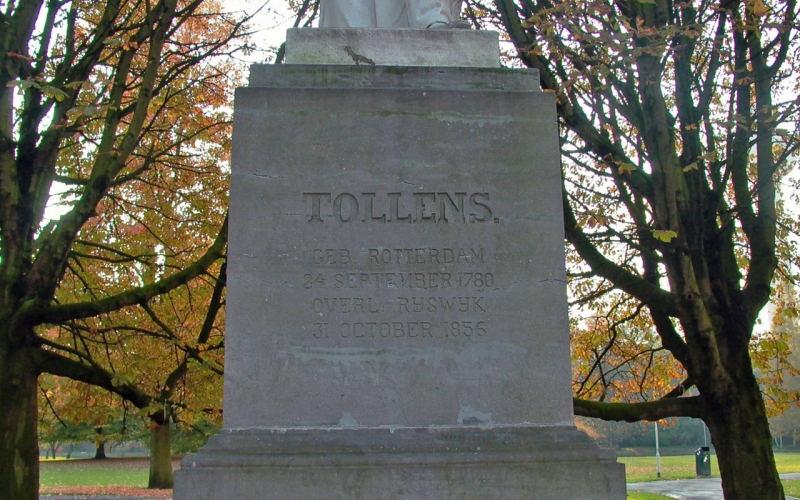 The Tollens monument is apart from Erasmus, one of the oldest images in Rotterdam. Hendrik Tollens (1780-1856) was a Rotterdammer. He came from a merchant's environment and started poetry at a young age, at first mainly erotic, later on mainly about morality, love for the fatherland and the worship of all kinds of heroes. Tollens was a folk poet who, without too much depth, interpreted what was going on among people. He was knighted in the order of the Netherlands Lion in 1815. The following year he won the competition for writing the new national anthem, Wien Dutch blood flows in the veins, a song that was sung until 1932 until the older Wilhelmus replaced its version. Tollens was so loved that after his death a national committee was established to create a suitable monument for him. His statue, carved by JH Stracké, was unveiled with much official display in Het Park in 1860 by King Willem III in the company of the Prince of Orange and Prince Frederik. The unveiling was accompanied by 260 musicians and singers and ended in the national anthem of Tollens. In the long run, the statue itself turned out to be poorly resistant to the Dutch climate, which meant that it had to be protected by a wooden protective cover in the cold months. The statue has been impregnated since 1962, so that it now lasts all seasons.

Jean Theodore Stracké (Dorsten, 1817 - Cologne, 1891) was a German sculptor. He moved to 1842 with his parents to Arnhem, then he became an apprentice in Brussels to Willem Geefs and Karel Geerts. After some wanderings in Germany, England and France, he settled in 1848 in Rotterdam. There he was appointed as a teacher at the Academy of Visual and Technical Art.