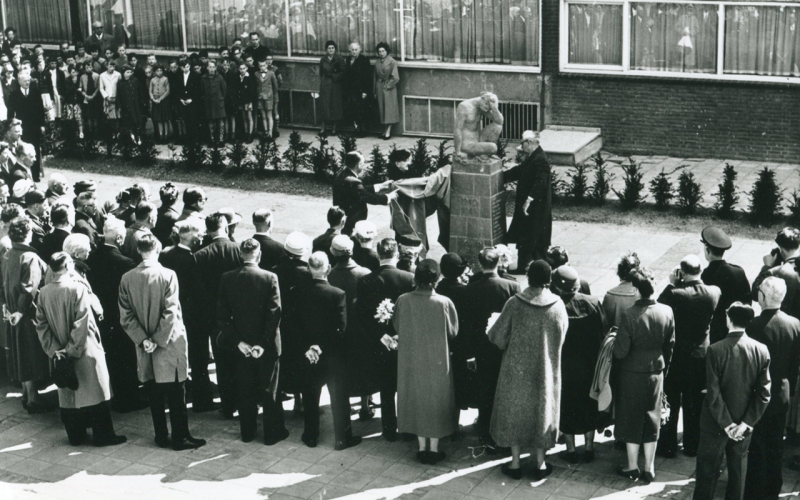 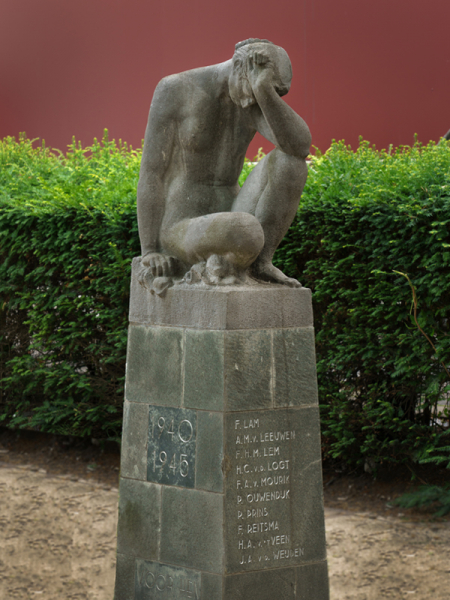 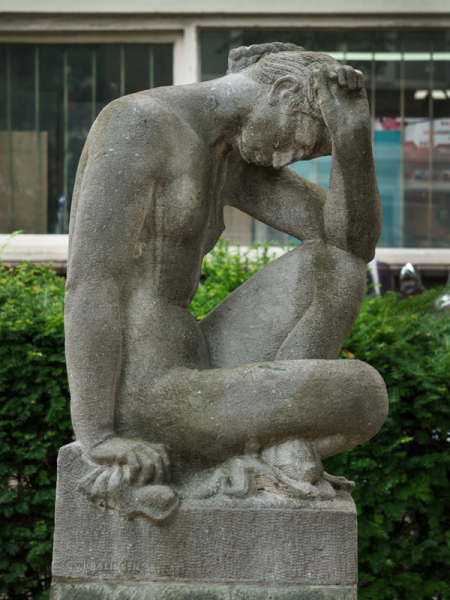 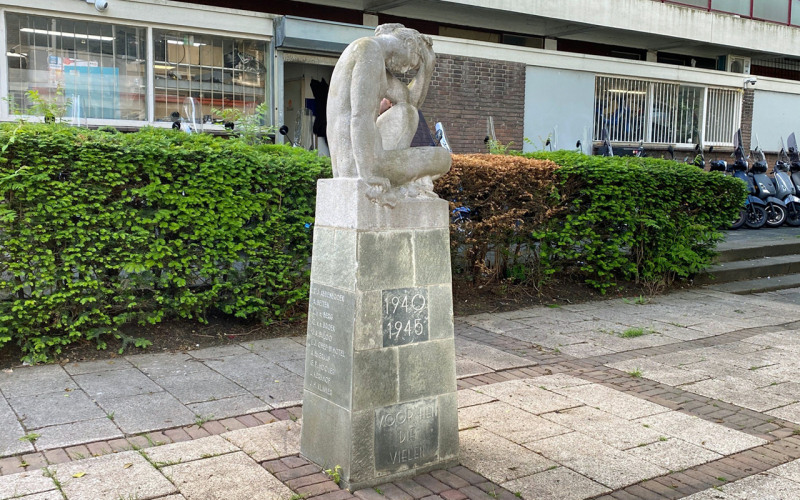 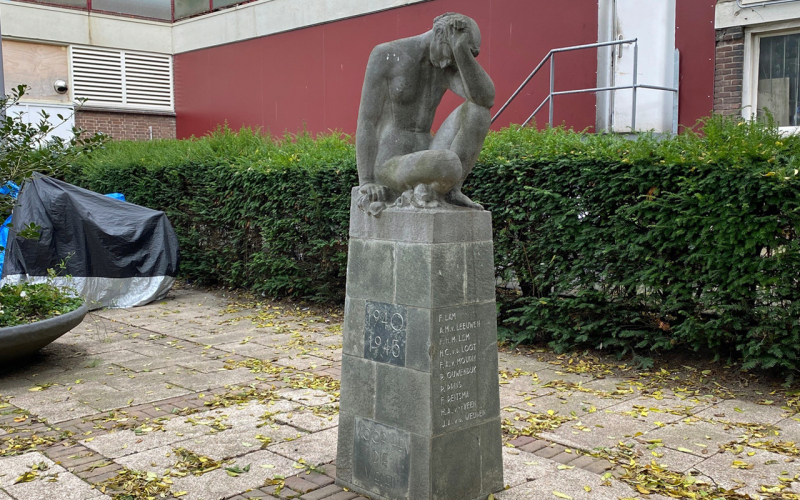 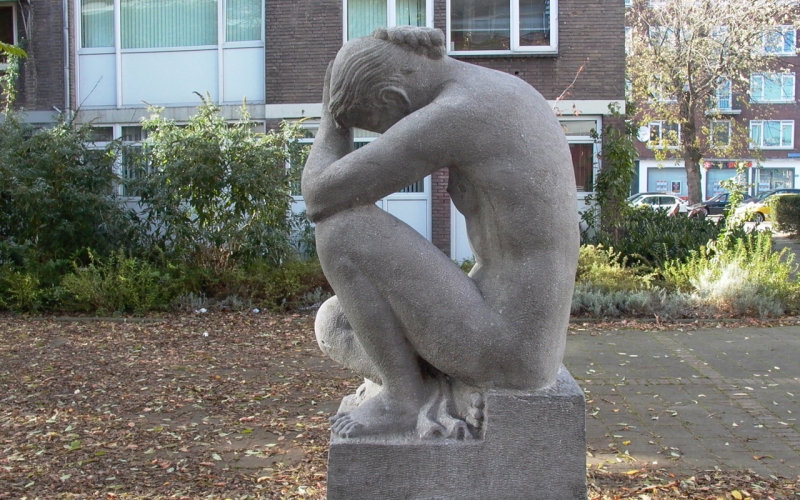 The memorial is located in the courtyard behind the Zuidplein buildings Grieving woman by Cor van Kralingen. The statue was erected in 1958 and commemorates the shooting of twenty people on March 12, 1945. In reprisal for two attacks, 3 civilians were shot that day. Twenty men fell before a firing squad on Pleinweg in South Rotterdam; the other twenty were executed on Hofplein. At first there was a simple wooden cross as the first monument. Later, money was collected for a permanent monument, which was unveiled on May 1958, XNUMX, by order of the Comité Pleinwegmonument. The statue is a kneeling, mourning woman, her head bowed, supported by one arm. The statue stands on a plinth, built of stones, on which the names of the executed and the text “For those who fell".