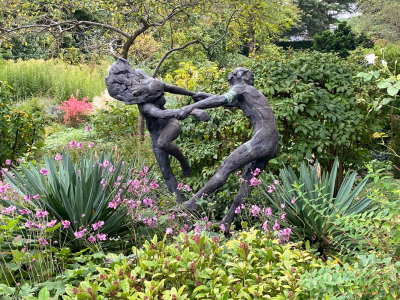 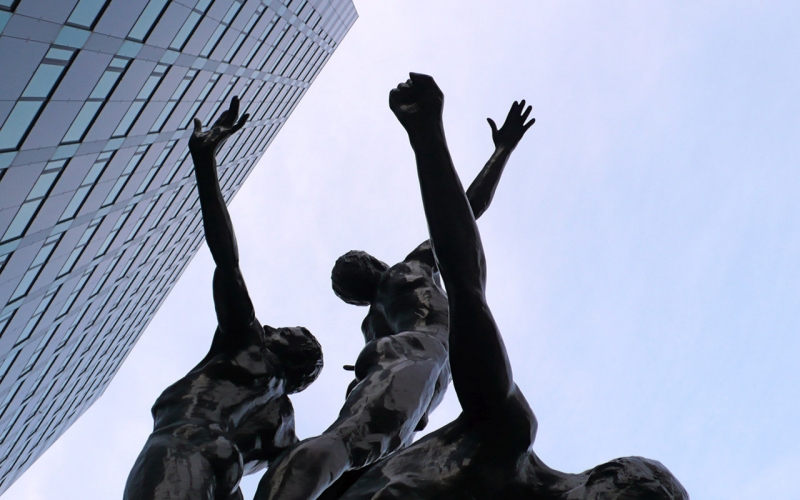 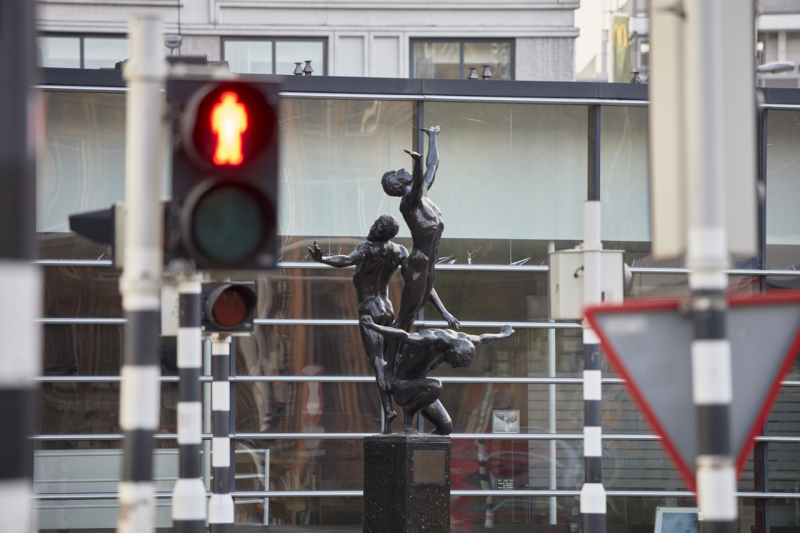 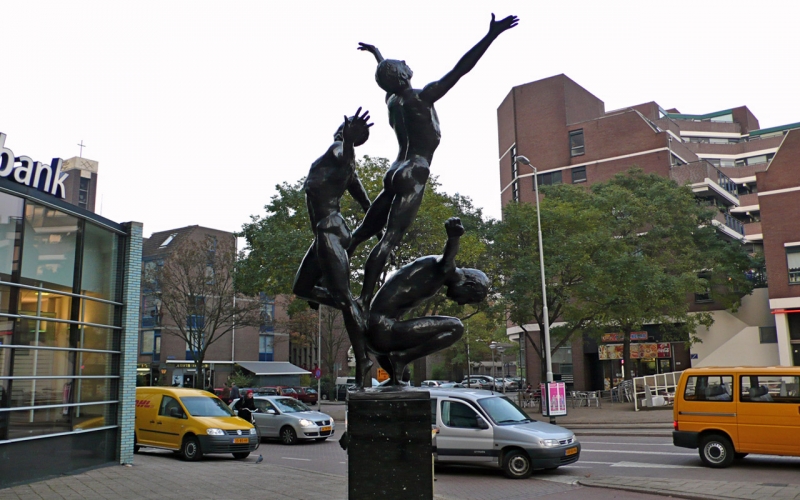 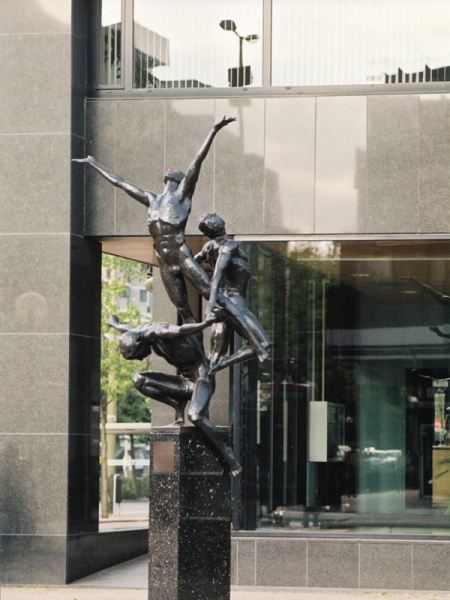 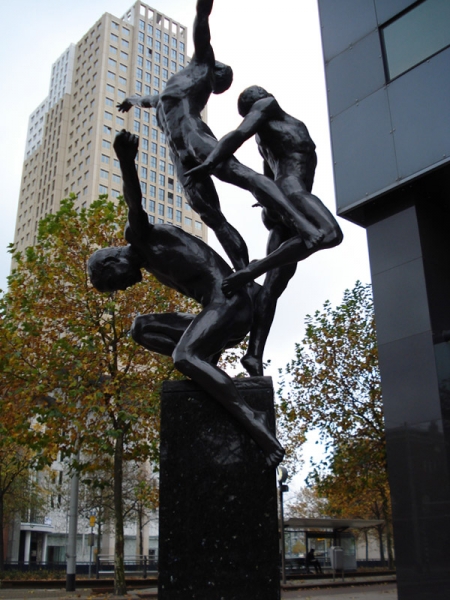 This statue was commissioned by Dura Bouw Groep and unveiled by Prince Bernhard in 1995. The artist Kees Verkade was chosen, because he was known as a virtuoso in this field with his extensive oeuvre of bronze sculptures. In Triomf Verkade's figurative craft style is recognizable. The three figures show an upward movement. They almost form one figure that makes the start to jump: where the lower one is almost weighed down by a heavy burden and the middle one struggles free, the upper one already manages to free himself completely and raises his arms jubilantly to heaven and throws his head on his neck. The image is three-dimensional: the three figures almost form a spiral, which has a different, but equally interesting view from each side. The statue is located next to the entrance to the former Rabobank head office at Blaak 333. Due to work on site, the work will be stored in the depot at the beginning of 2022.

Kees Verkade (Haarlem, 1941 - Monaco, 2020) made more than 4.000 images. He studied at the Royal Academy of Art in The Hague from 1958 to 1963. Due to lack of space, he ended up in the sculpture department instead of drawing advertising, his original wish. As a visual artist he made countless statues and busts of famous people from high society. His artisanal and highly understandable figurative style made him a popular artist and even a star in the jet set. He had lived and worked in Monaco for years, where he had good ties with the royal family.