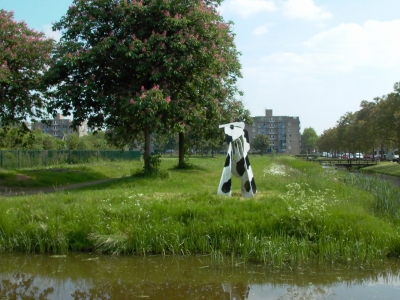 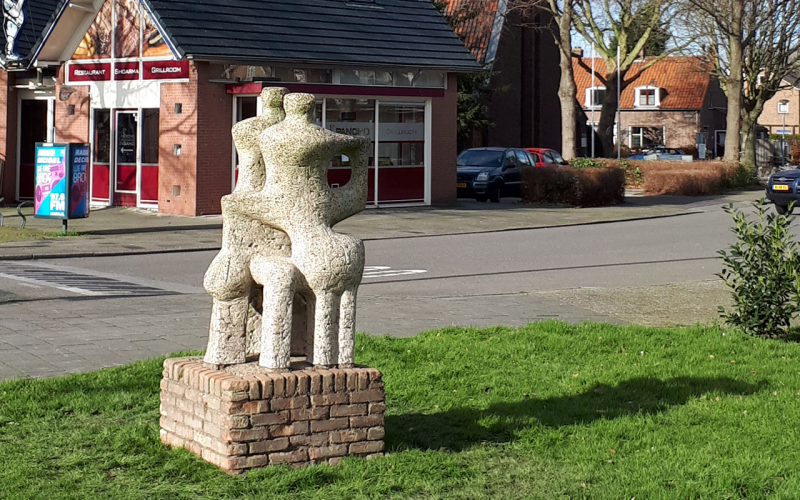 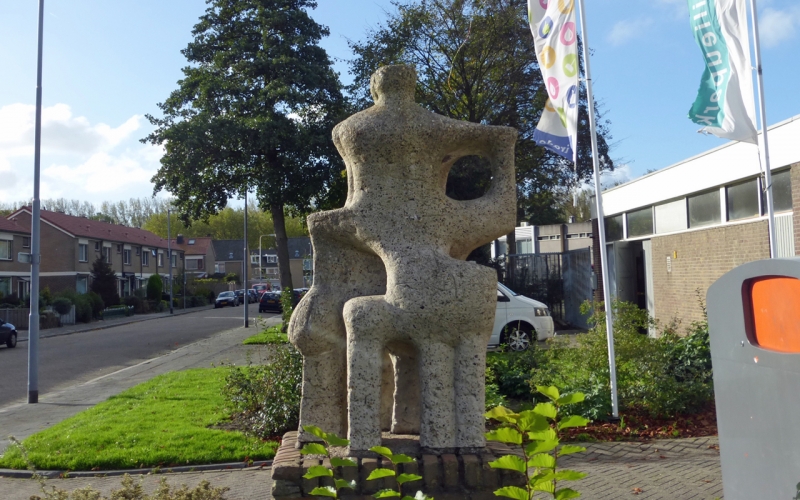 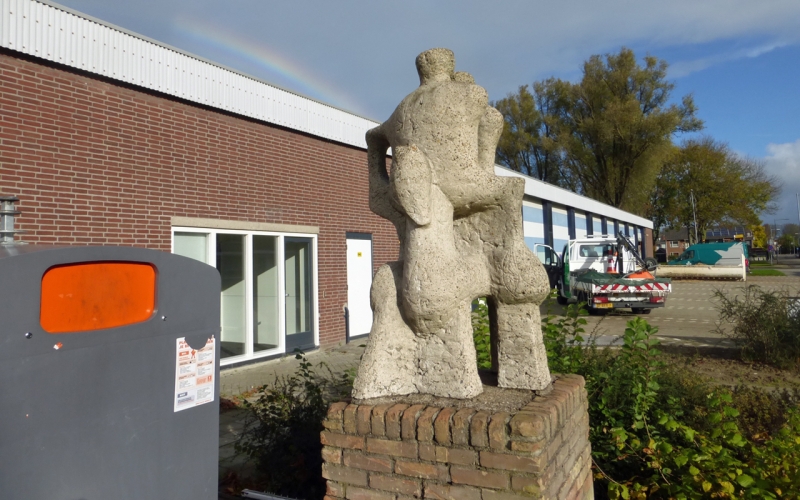 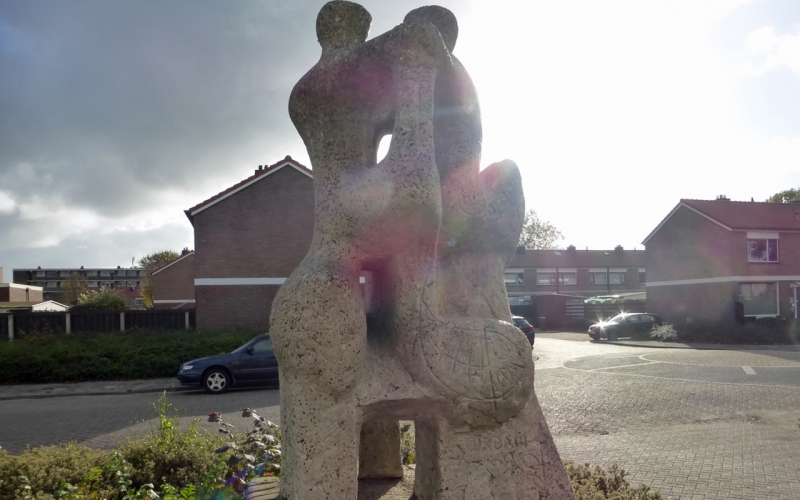 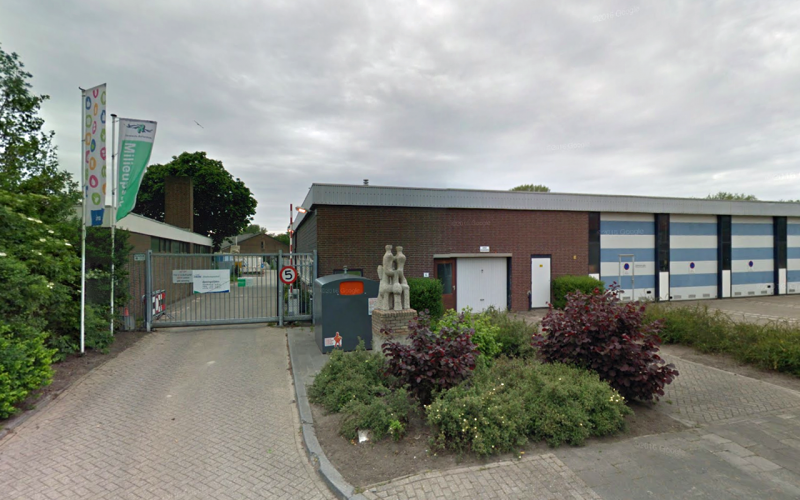 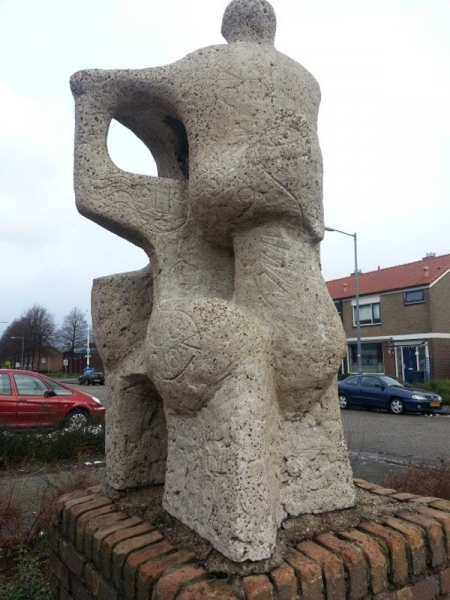 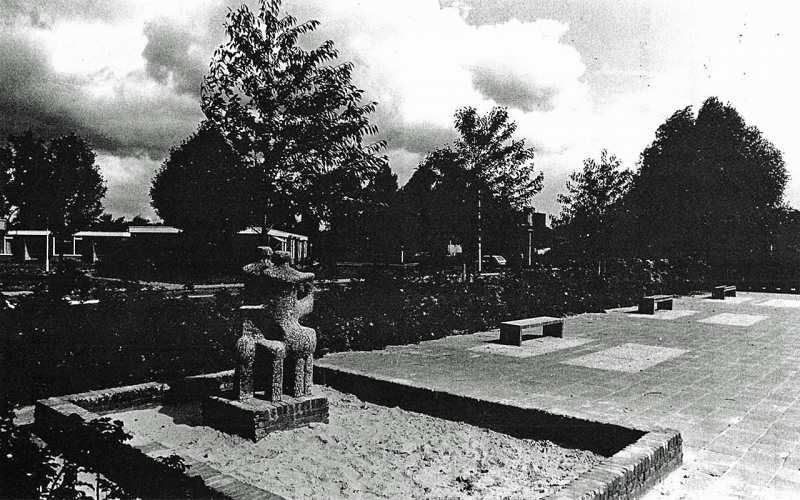 Artist Cor Dam has created a number of special monumental works of art, in which he combined two and three dimensionality, such as ceramic tableaux and brick reliefs. Dam was a talented sculptor. You can also see his gift for compositional variation in this earlier, free-standing sculpture Two figures on a horse from 1965. It is an image that is interesting from several sides and where the idea of ​​riders on horseback is stylized in an unusual way. The skin is covered with a pattern of notches. The statue originally stood in the sandbox of the De Wielewaal primary school. The statue has wandered for a few years, after which it was eventually placed temporarily at the entrance of the Municipal Wharf on Frans Halsstraat. Spring 2020 is Two figures on a horse relocated on the corner of Molenweg and Koninginnelaan.

Cor Dam (Delft, 1935 - Delft, 2019) was educated at the Royal Academy of Art in The Hague. He is not only a sculptor, but also a painter, draftsman and ceramicist. After his studies he became a designer at De Porceleyne Fles in Delft. From 1988 he was also a lecturer at Delft University of Technology.