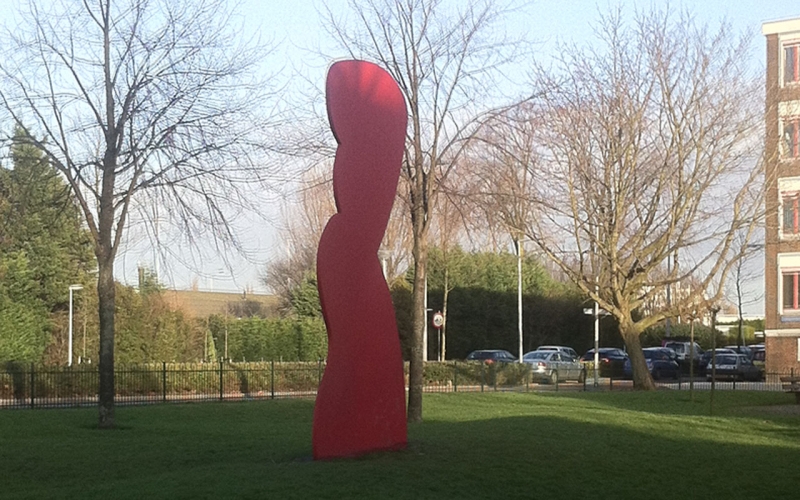 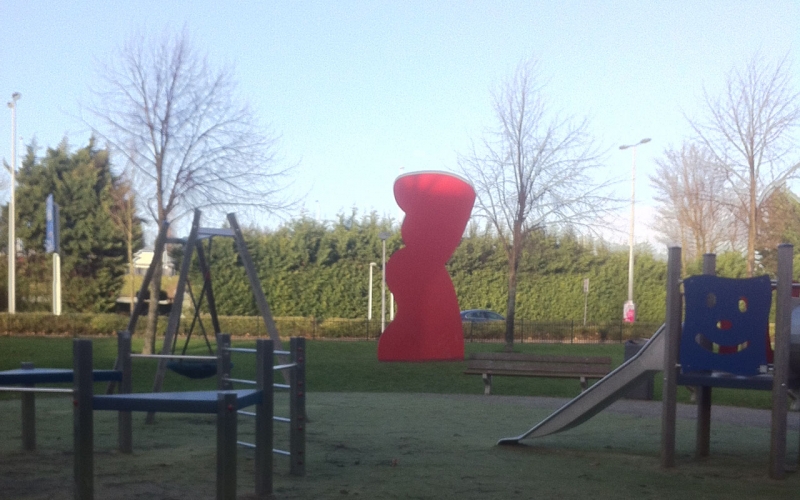 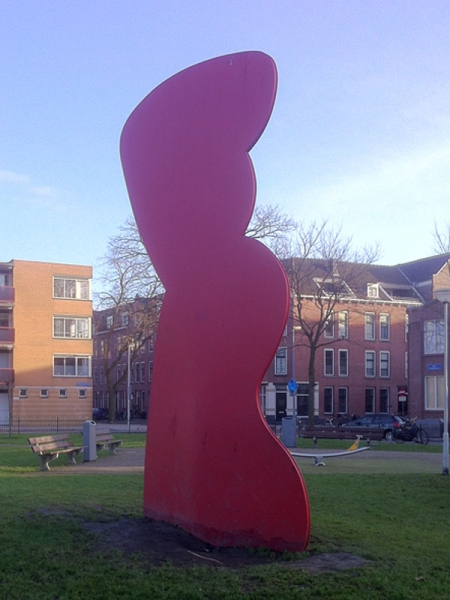 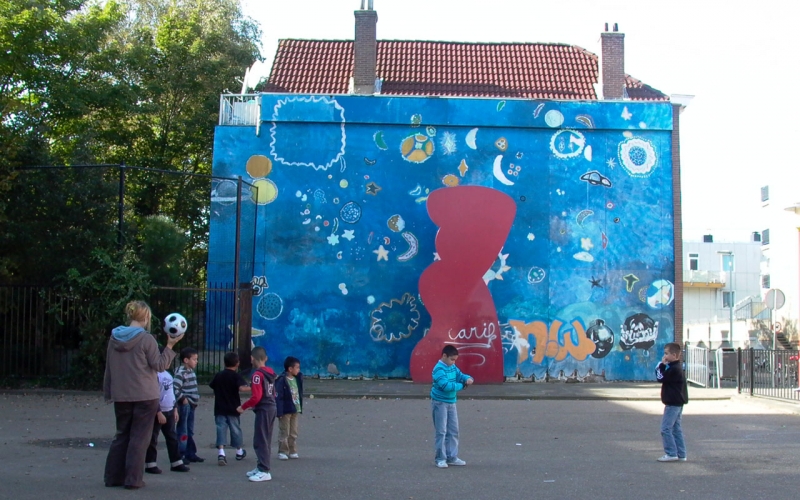 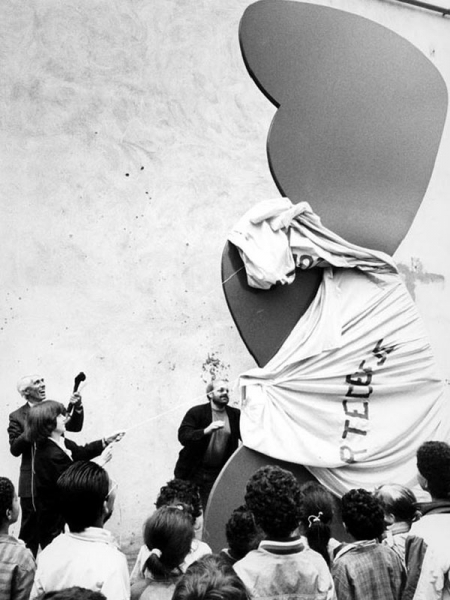 In this steel object, two red hearts on top of each other form a flat image that is given a spatial effect by a nod in the foot. Two hearts was established in 1990 as part of the Oude Noorden Art Plan. The statue was placed on the front side of the Louwerslootstraat 142 building. On 27 in May 1994 a painting of celestial bodies on a blue background was made by school children on the entire wall behind the object in the context of the Zoom Day. Artist Arie Berkulin once started using residual materials to create images without a preconceived plan. He then worked with materials, which he put into his own hand. Berkulin creates spaciousness with flat components. The image Two hearts is abstract, red in color and everyone is allowed to explain it in their own way by the artist. But he himself says: “A boat, shadow and reflection remind us of the harbor, a journey. But also the game: diamonds, clubs, hearts ”. In other words, it doesn't seem to be inspired by love, but by card-playing sailors. In 2011, the statue was refurbished and given a new purpose on the lawn between Gordelweg and Heer Vrankestraat.

Arie Berkulin (Gemert, 1939) visited from 1956 to 1962 the Academy of Industrial Design in Eindhoven in the direction of drawing and painting. He started as an independent painter and draftsman, but from 1968 he also started sculpting. His early work can be called exact, constructivist and also systematic. He later distanced himself from this so-called systematic method. From 1972 to 1982 he was a teacher at the Academy of Visual Education in Tilburg and from 1981 to 1999 at the Willem de Kooning Academy in Rotterdam. Berkulin received the Jeanne Oosting prize in 2002.