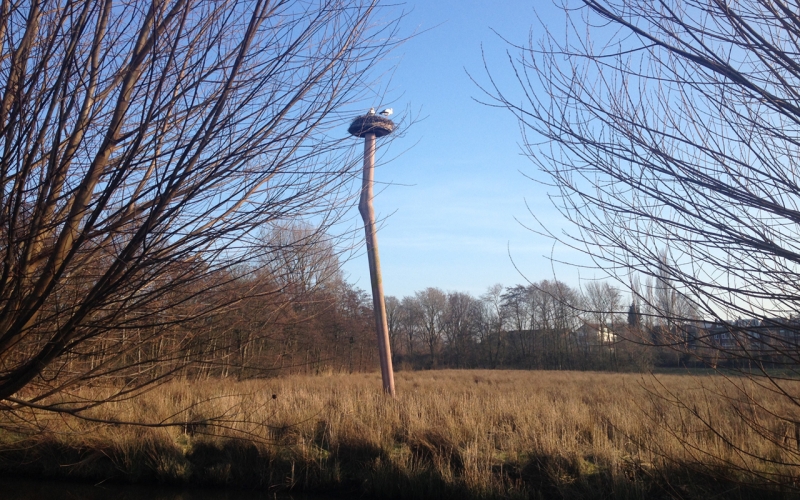 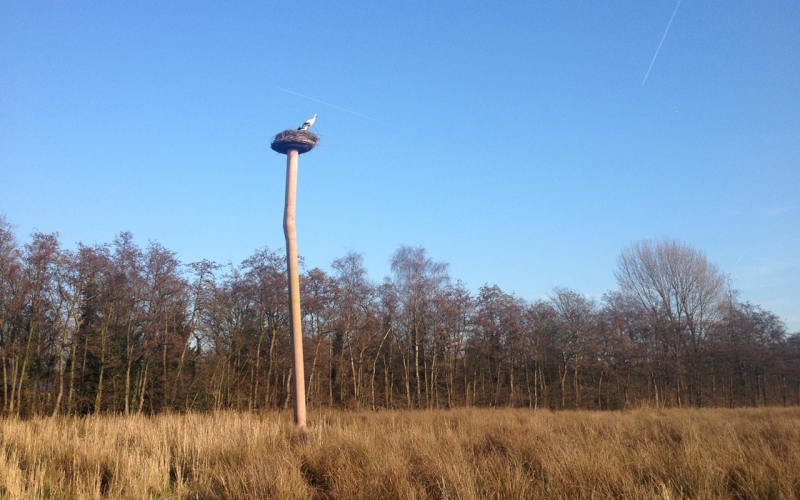 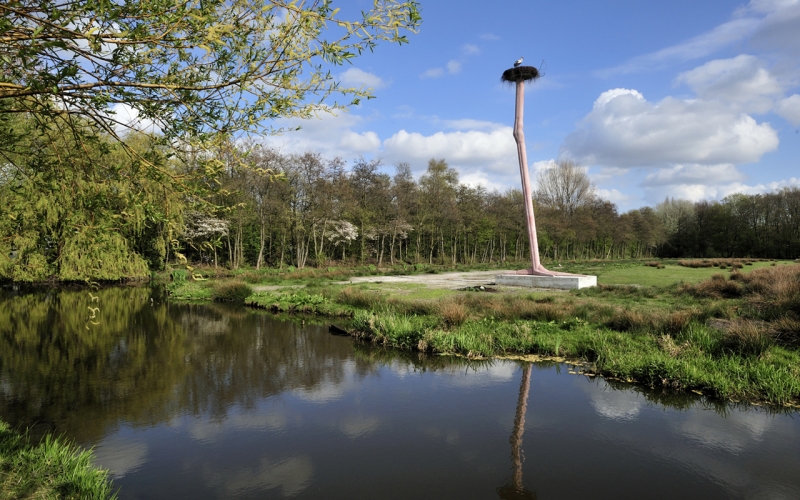 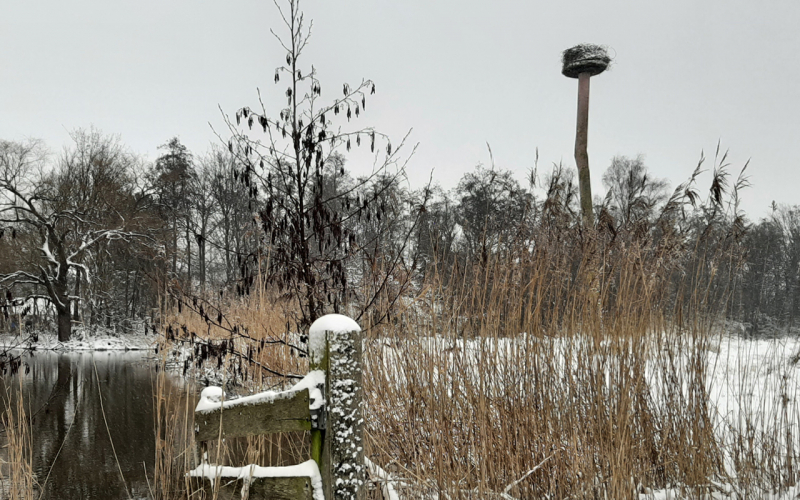 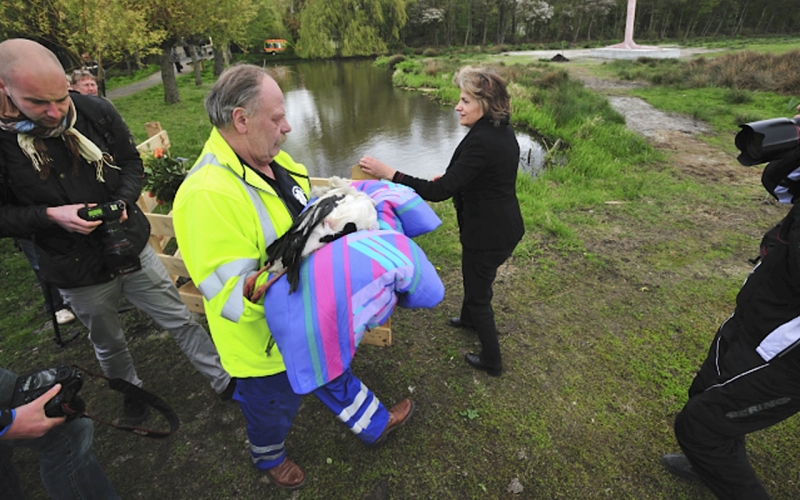 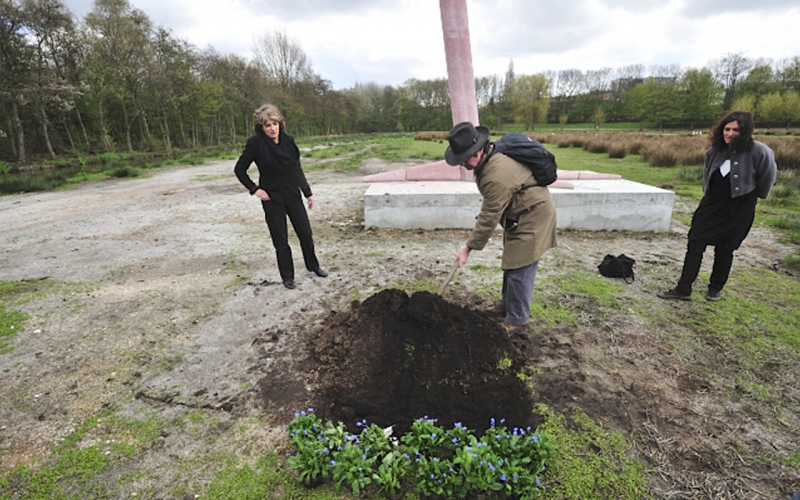 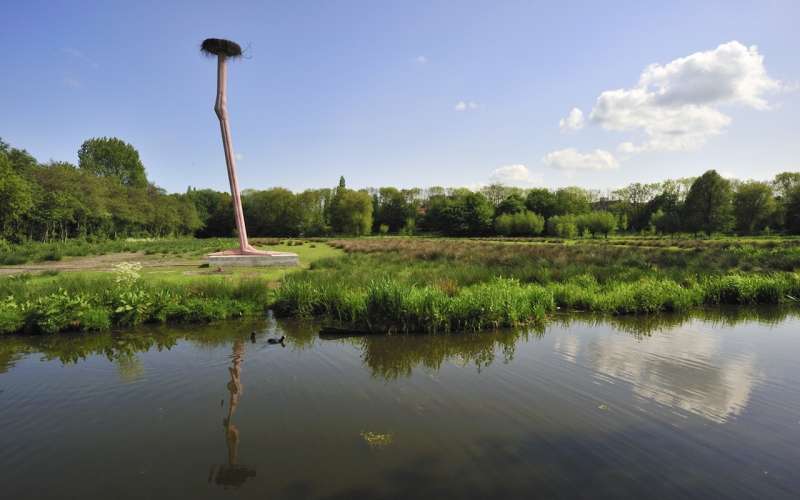 After Anne Mieke Backer and Mariëtte Kamphuis presented their book about the cultural history of the Zestienhoven polder at the end of the summer of 2009, the first signs of a monumental continuation of this became visible in the area. Cultural-historical research has shown that the IJskelder site has traditionally been the lowest and coolest part of the polder. This piece of peat-meadow landscape developed as a bird area. To indicate that they will only be inhabited in the future, the birds literally get a foothold here. Building on the project Nest screened by theater maker Benjamin Verdonck at the Weena in the spring of 2008, an enormous bird's nest in the shape of a stork's leg is now rising in the polder Zestienhoven. It Onion bone illustrates the legend of the Ice Cellar that is described in the book '16 Courts, 2 polders, 1 park and 1.800 dwellings' and aims to bring prosperity and luck to the new country estate. The image is executed 'at work' as it is called. Anne Mieke Backer and foreman Luigi Zuliani worked from September to December 2009 on the creation of this special stork's nest. After the general maintenance work for the area, a festive delivery, adapted to the breeding season, took place on April 21, 2010. In the future, the ice cellar site will be raised. The plinth is then leveled, so that the toes of the leg are in the field. The character of the landscape returns to its original state and it remains a breeding ground.

Anne Mieke Backer (1950) is a visual artist, landscape architect and author of various publications on garden and landscape history. Among other things, she followed her training at the AKI in Enschede. Backer was curator of greenery and art at Park16Hoven, which includes the sculpture The Uiver bone has emerged. She lives and works in Rotterdam.