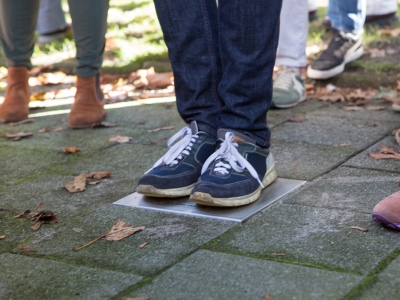 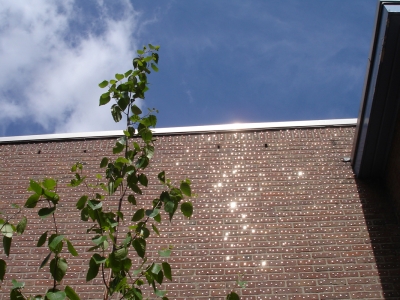 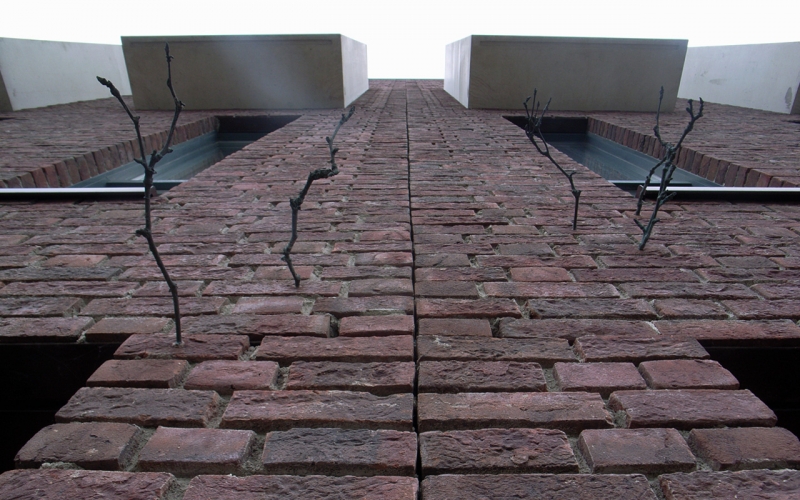 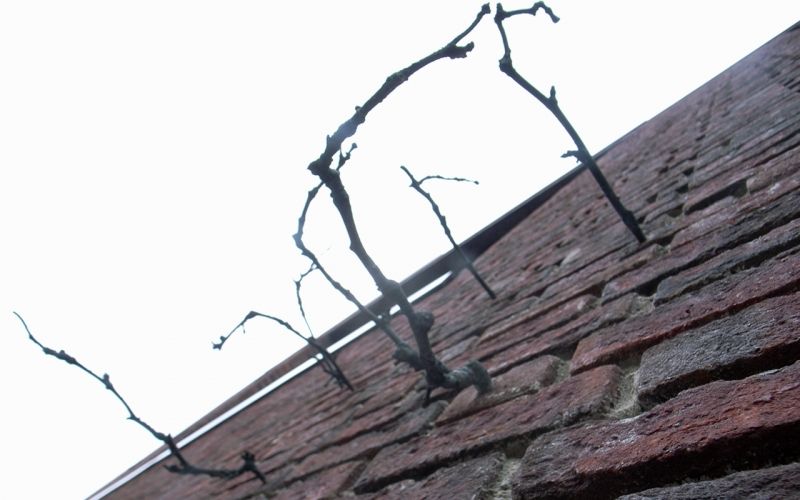 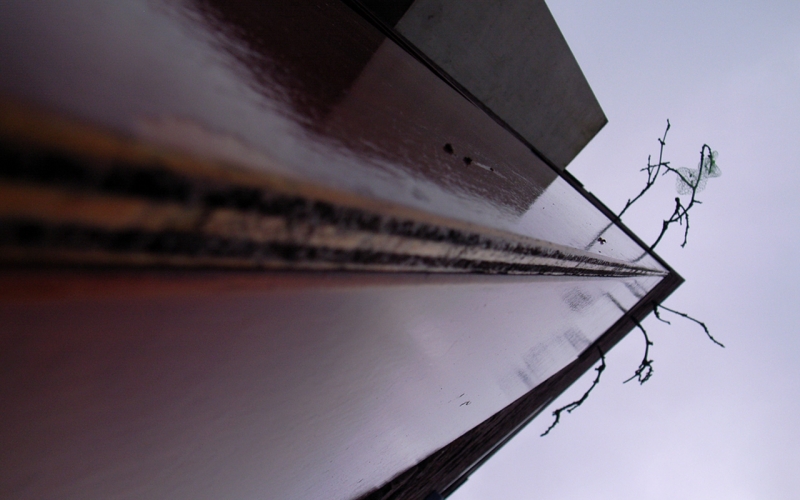 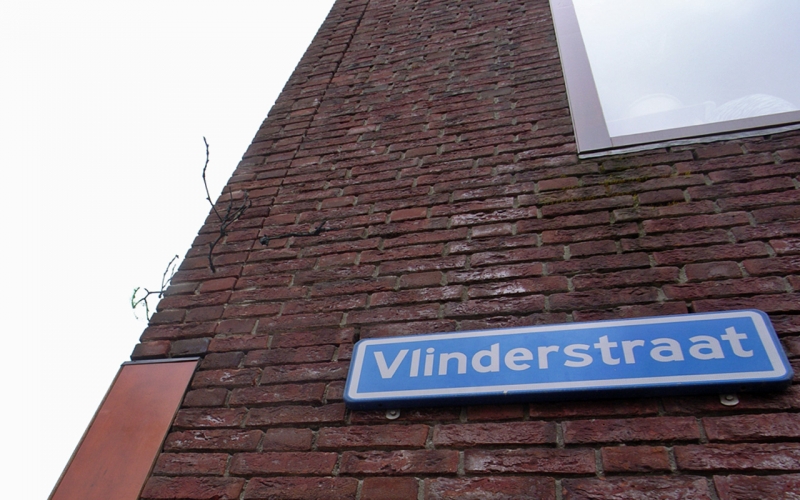 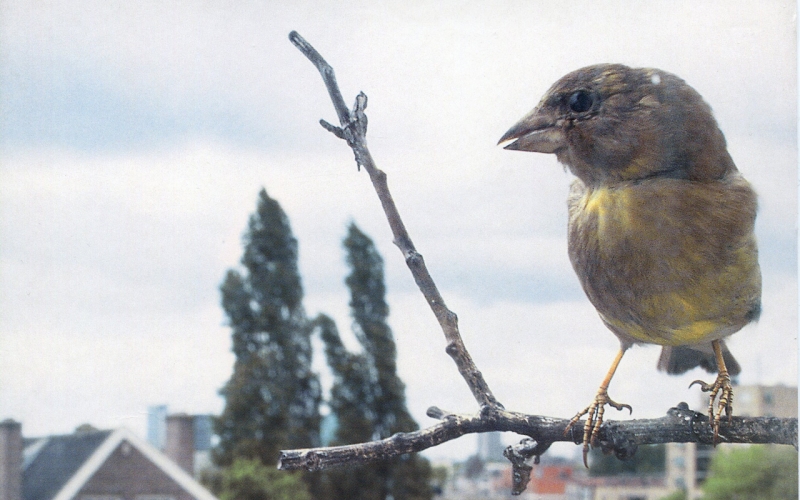 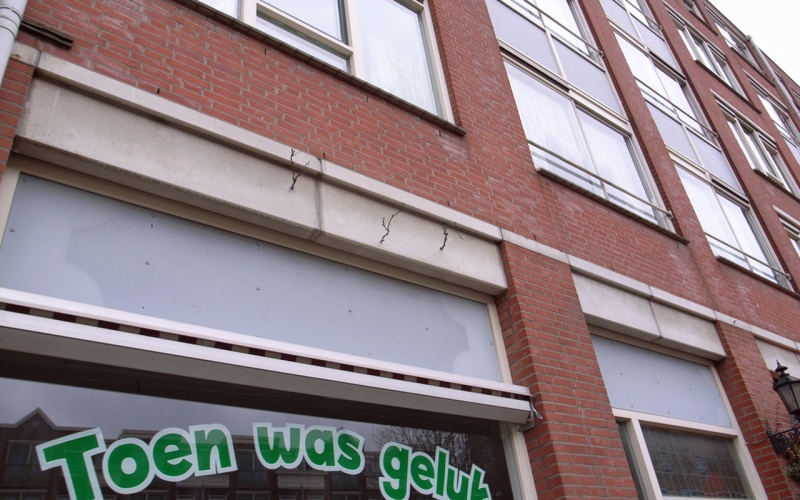 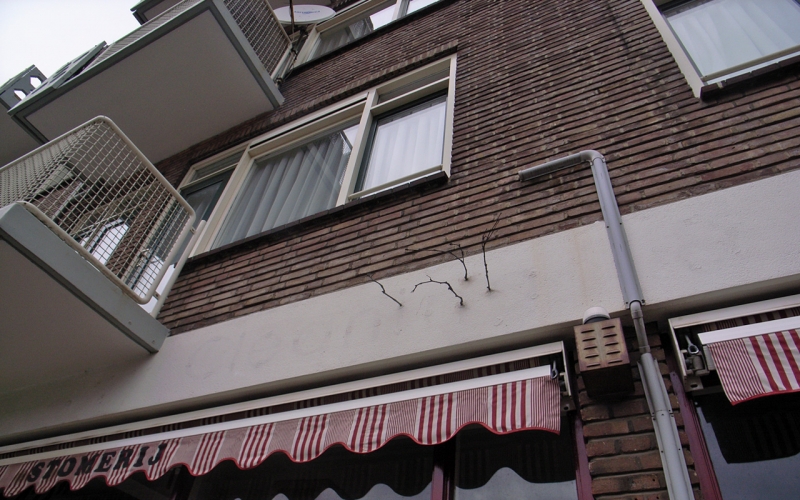 Artist Rolf Engelen made with From Vlinderbuurt to Takkenwijk (2001) a very original sculpture in Kralingen. The Vlinderbuurt had just completed a major soil remediation after an old gas factory was demolished. The process led to intensive relocations and major changes in the population composition of the neighborhood. 'Residents had to leave their homes for the duration of the renovation and could eventually move back or not,' Gepke Bouma wrote in a message about the neighborhood. 'In the Vlinderbuurt, the new houses, mostly in the owner-occupied sector, attracted a new group of residents. As a result, the social structure was in a vacuum for a long time, not to mention the resentment, unrest and uncertainty among residents about the imposed changes. Participating in an alliance with the borough, housing corporations, the Urban Development and Housing Service (DS + V) and BKOR, Engelen was expected to 'contribute to the formation of a new identity' for the Vlinderbuurt. He thought one large object on the street was inappropriate, but opted for a large number of small objects for individual residents, spread throughout the neighborhood. He made bronze casts from twigs of one of the trees in the neighborhood, which had to be felled. He then distributed invitations to residents, both old and new, where he offered them to attach a bronze-cast twig to the facade of their home. He not only designed a series of facade ornaments, but also 'an invitation to birds to settle down'. The twigs became the property of a resident or home owner and could possibly move along. The artist eventually placed nine hundred twigs, 'all personally confirmed in consultation with the residents'. With his contribution to the neighborhood, the artist wanted to warn against the overestimation of the possibilities of art to solve neighborhood problems. Because residents usually do not have much to choose from, Engelen chose to invest in them personally: every resident who wanted a sculpture had to establish contact with him first.

Rolf Engelen (Nijmegen, 1964) was educated at the Academy of Visual Arts and Design in Den Bosch. Engelen is a versatile visual artist who, in addition to exhibitions, also has many neighborhood projects in public space to his name. From 1995 to 2006 he was director of Museum Nagsael's Odd Months and in 1997 he founded the Second Chance Plant company that saves plants from the street. He lives and works in Rotterdam, where he is also a teacher at the Willem de Kooning Academy.