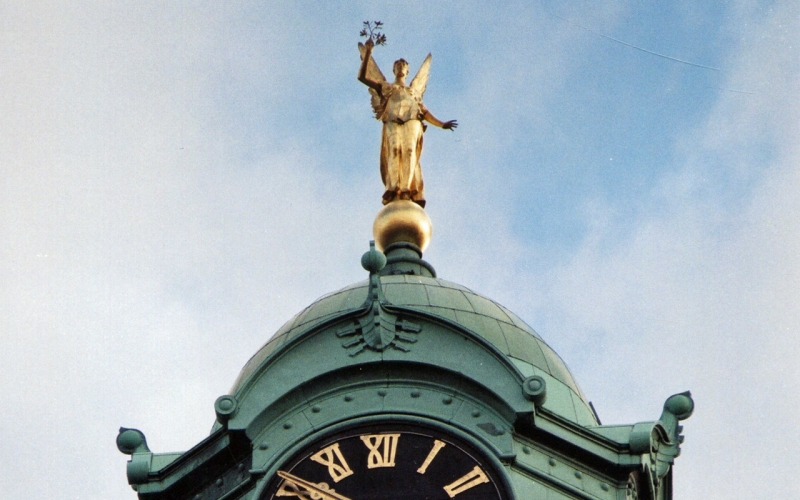 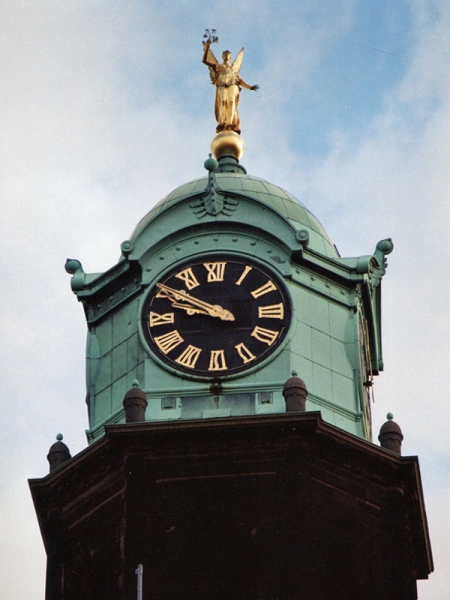 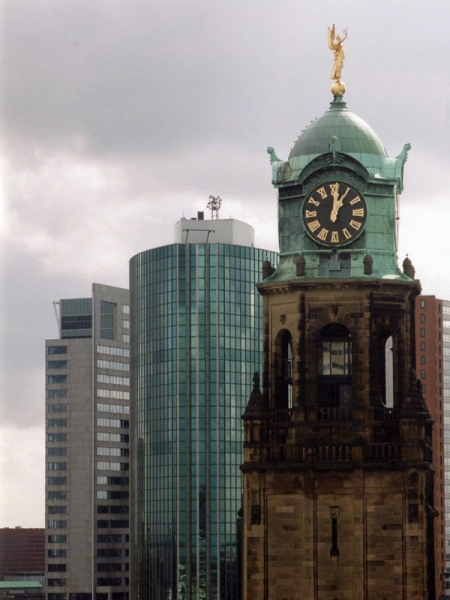 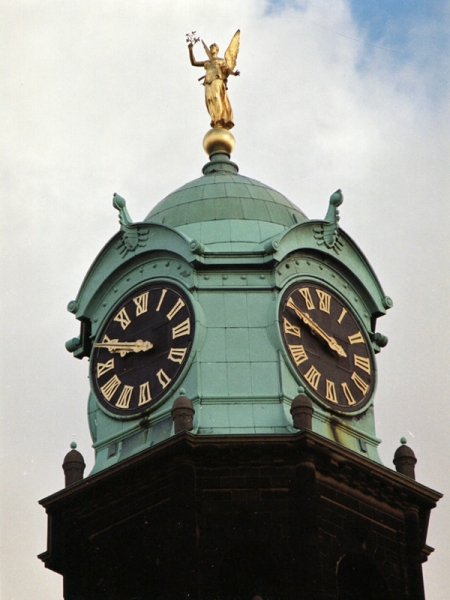 On top of the tower of the town hall on the Coolsingel is a golden one Peace Angel by visual artist Johan Keller. The tip of this sculpture reaches a height of 75 meters; the statue itself is 3,5 meters. The Rotterdam City Hall was built between 1914 and 1920 to a design by Professor Henri Evers. A municipal explanatory memorandum from 1916 states why an angel was chosen: 'Peace figure in memory of the peace that was allowed to be preserved by the Netherlands in this time of war, thanks to government policy'. A subcommittee noted that in 1916 it was hoped that peace on earth would be restored at the opening of the town hall, "therefore an angel is recommended. The Peace Angel is a gift from Mr. and Mrs. W. Rueb, a manufacturer who lived around 1916 on the Mauritsweg 65. In 1979 the image has been drastically refurbished and covered with a new layer of gold via a complicated process. 70 booklets double tower gold (10 for 10 cm) were used for this. Often the lightning strikes the angel, but the lightning rods work great: the angel is not damaged by it. Source: The city hall of Rotterdam.

Johan Keller (The Hague, 1863 - The Hague, 1944) was a Dutch sculptor and painter. As a teenager, Keller started studying to become an artist. First at the Rijksacademie in Amsterdam, then in Brussels and then in Florence. Afterwards he lived a lot in Paris and England. He often worked for architects to decorate buildings with sculptures.