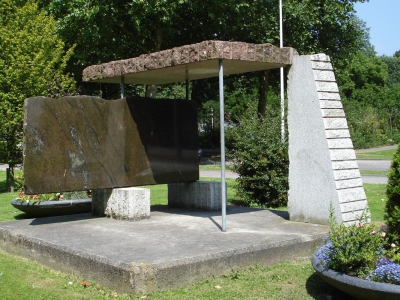 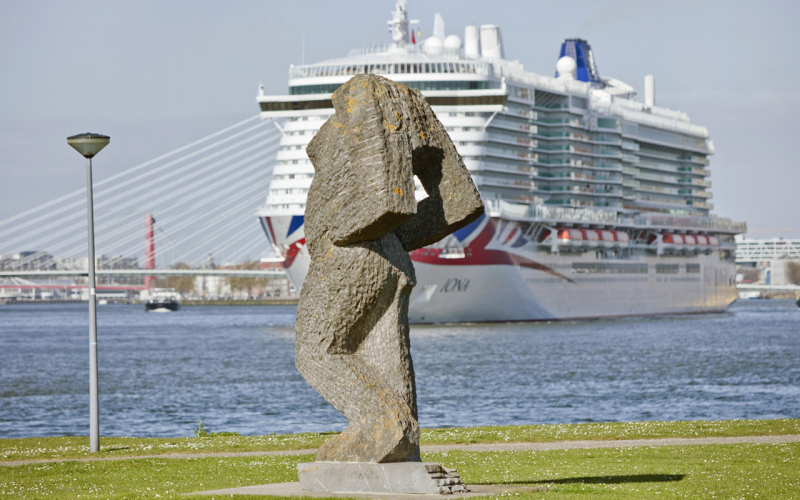 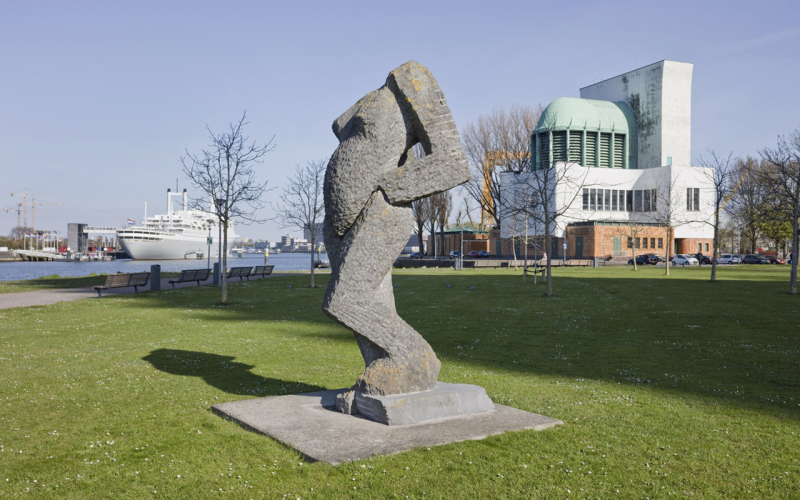 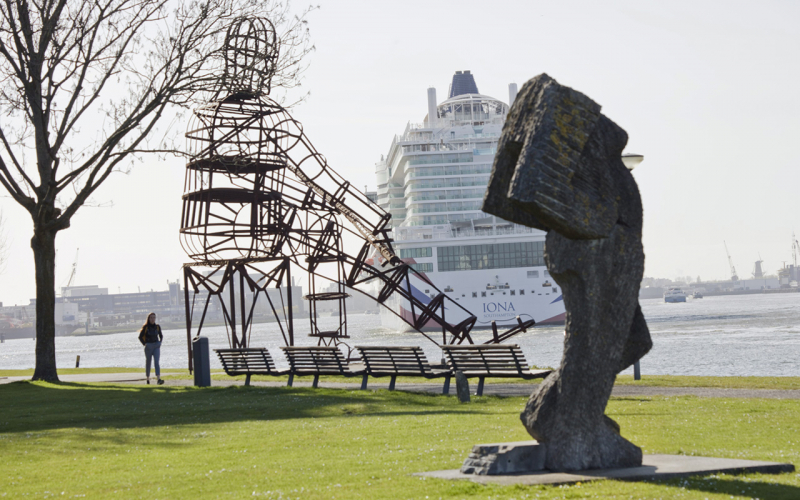 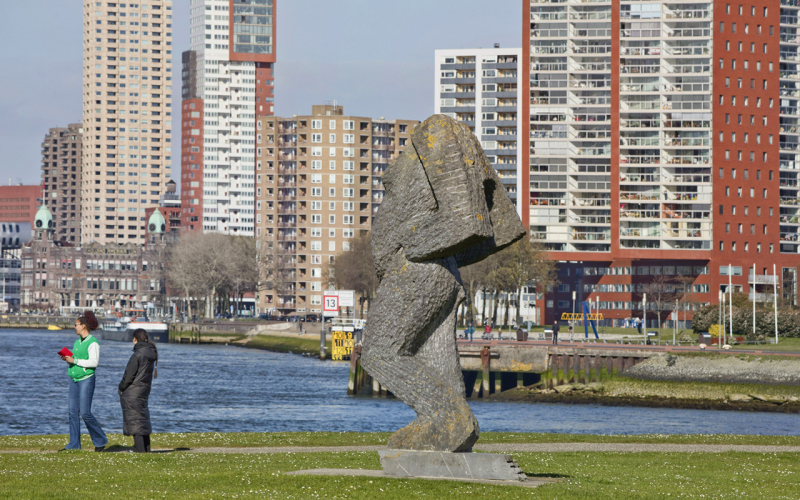 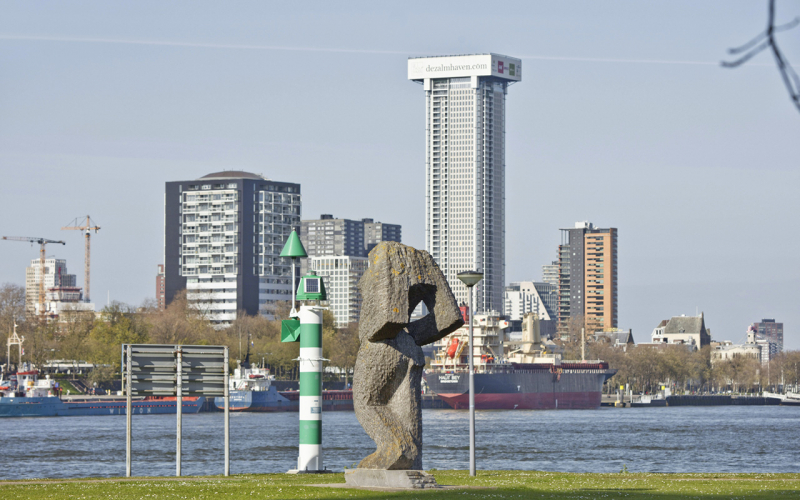 Like an archetypal primordial woman, this massive sculpture by artist Kees Buckens stands on the edge of a lawn. The woman looks out over the water, were it not for the fact that she has no head. She stands in classical counterpost: one leg straight and the other bent, causing the pelvis to tilt obliquely. As a result, she even partly comes off her pedestal, which she uses as a support under one foot. She looks defiant and self-assured, pushing her stomach forward with her strong arms at her sides. The image clearly recalls the coarseness and massiveness of the original block of stone. Not only are the shapes large and angular, traces of the chisel are also visible in the skin. The statue would initially be placed in the park near the Citex tower on the 1st Katendrechts Hoofd, but after neighborhood actions against the nudity of the statue, the current location was chosen. This work of art was commissioned by the housing association Onze Woongemeenschap, which existed for 40 years at the time and placed five works of art in Zuid in that context.

Kees Buckens (Breda, 1957) studied at the Academy of Art and Design and Plastic Design in Breda. He then visited the Jan van Eyk Academy in Maastricht. Buckens makes sculptures from wood and stone, whereby the process of creation remains visible in the final result. His images can be both abstract and figurative.