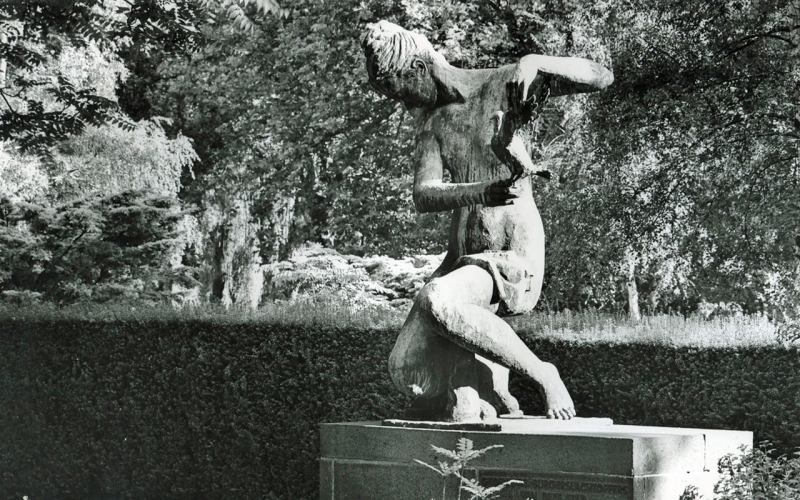 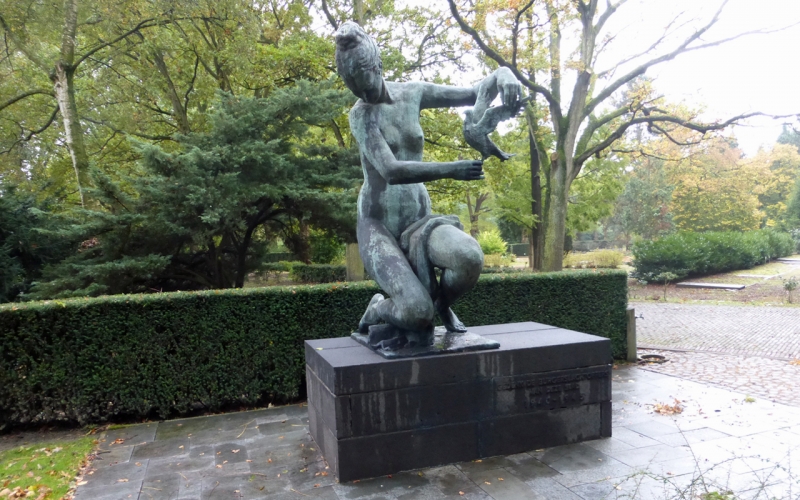 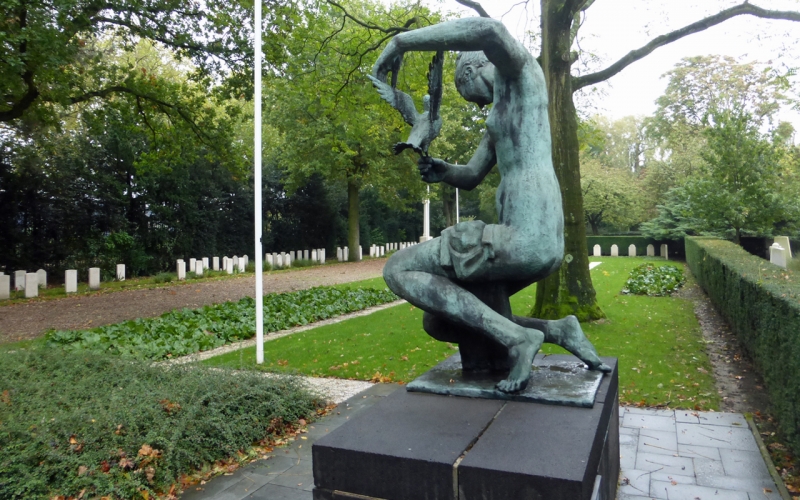 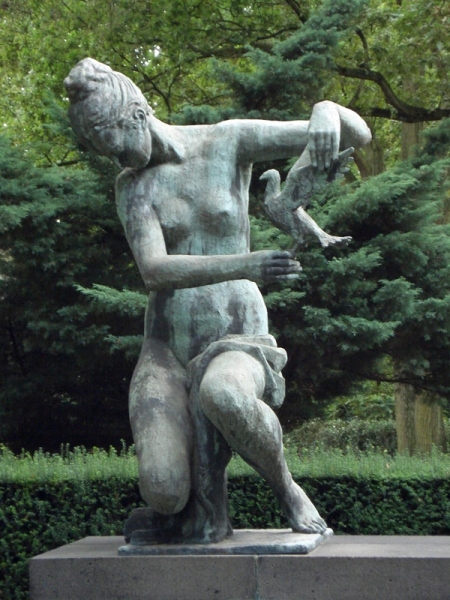 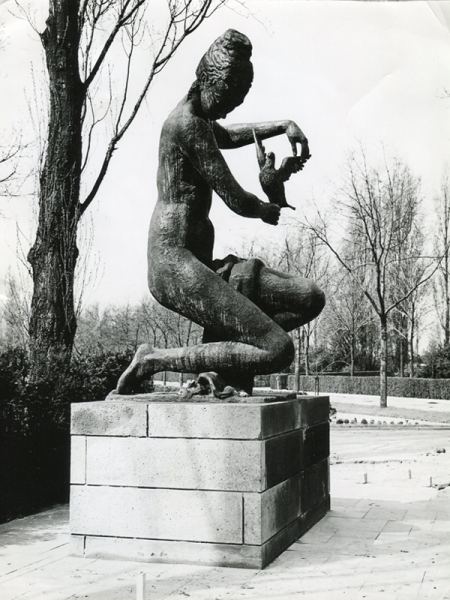 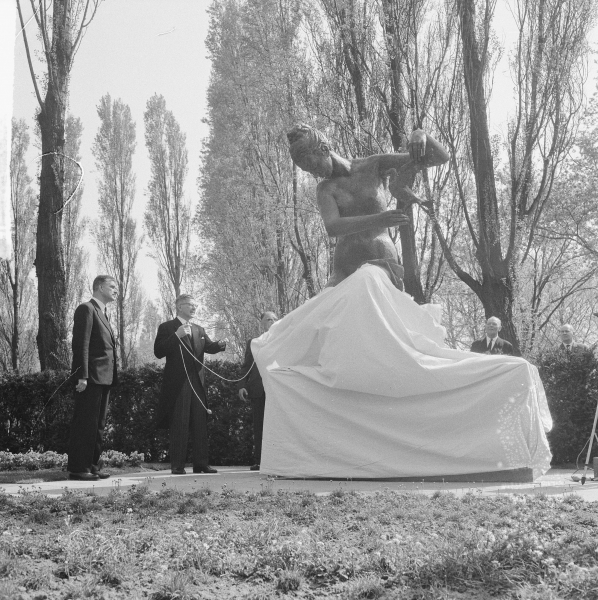 This war memorial Woman with pigeon was unveiled on May 14, 1965, twenty-five years after the bombing, by then mayor W. Thomassen. It was founded in memory of all civilian victims who died in the bombing of Rotterdam in World War II. The 2.50 meter high bronze statue is located at Crooswijk Cemetery. The monument was created by the Rotterdam sculptor Cor van Kralingen. The kneeling woman protects a dove, the symbol for peace, with her arms bent. In the stone plinth is a bronze box with the coat of arms of Rotterdam and the motto 'Stronger through Struggle'. In the box is a register with the names of 677 victims of the bombing. There were many more victims, but their names have remained unknown. The text on the pedestal reads: 'Remember the civilian casualties of this city 1940-1945'.