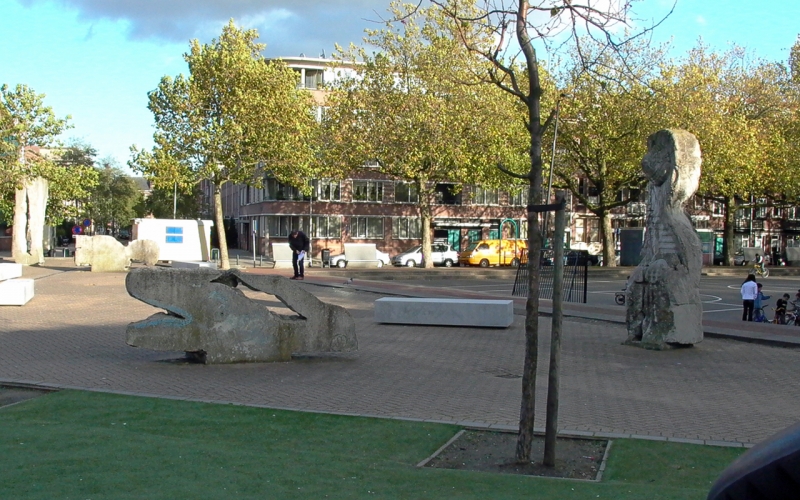 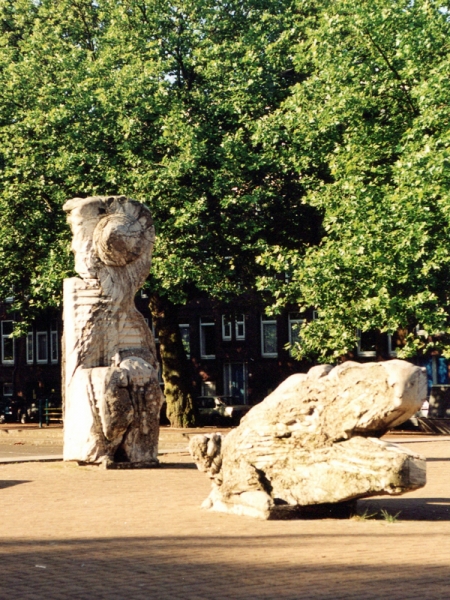 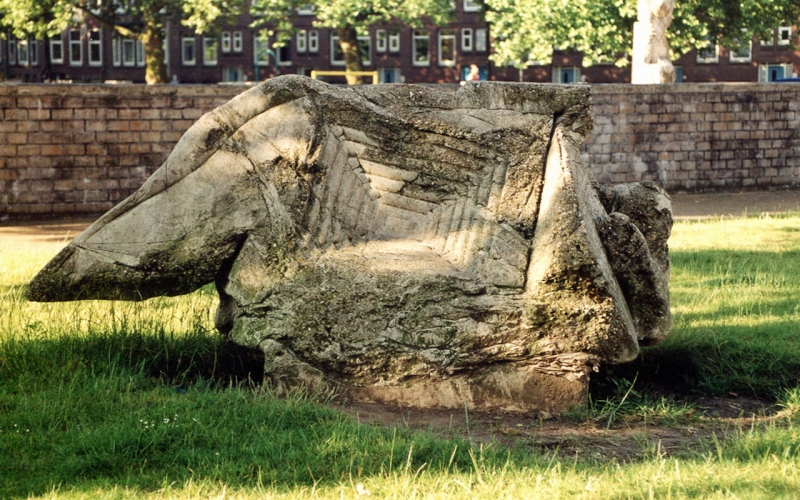 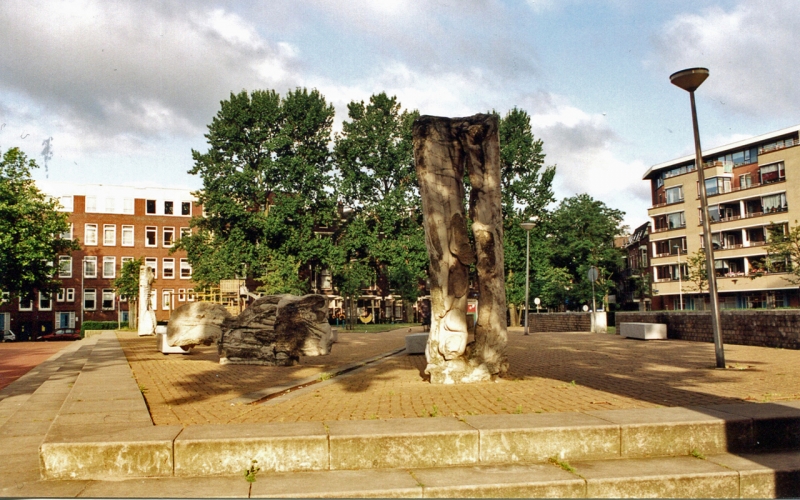 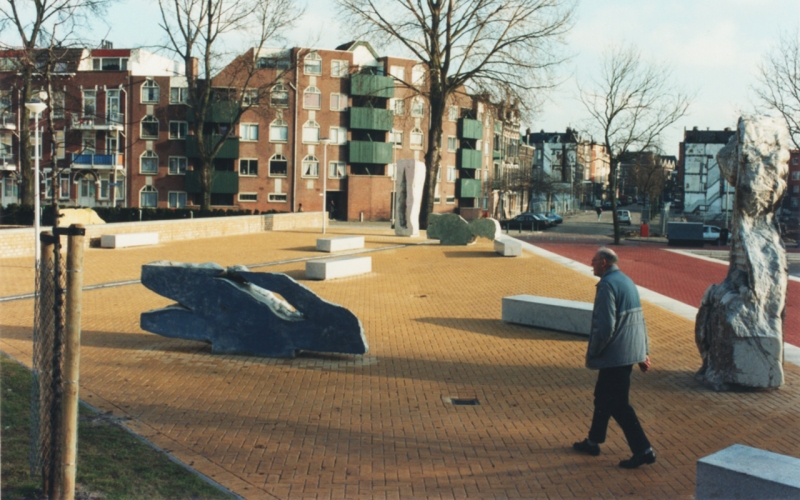 Guard figures are from Babylonian antiquity: tough powerful images that should impress and preferably intimidate visitors. Watchmen is therefore the title of five concrete shapes that Diet Wiegman designed for the redesigned Bospolderplein. They are indeed tough, solid and actually derived from classic images. Although you should know that, because they are almost abstract residual forms and not scary mythological creatures. Wiegman turned the design process into a public spectacle. On the spot he poured concrete into the earth dug out forms on the square. The figures are vertically and horizontally oriented, irregularly shaped, sometimes smooth, sometimes rough. The neighborhood was able to follow the process closely, which, according to Dietman, increased their connection with the artwork. Wiegman said: “At the same time as the other activities, the square was an open studio, where everyone could follow the manufacture closely. This new approach to a work process contributed to openness and discussion with the environment during the production of the images. They are statues in front of, but also of the square. They are the children, born from the belly of the square. ”

Diet Wiegman (Schiedam, 1944) is a Rotterdam artist who makes installations and sculptures. He is the son of artist Doop Wiegman and father of artist Mike Redman. The objects he designs for public space are never finished: he sees every change, due to wear and tear, as part of the image. Wiegman often designs shadow images: he models shards and waste in such a way that the shadow of the object is a perfect one David from Michelangelo. His various shadow sculptures are inspired by classical and famous images. He also works with ceramics: he translates drawings into a ceramic form, whereby the nature of the drawing is preserved in the ceramic end result.