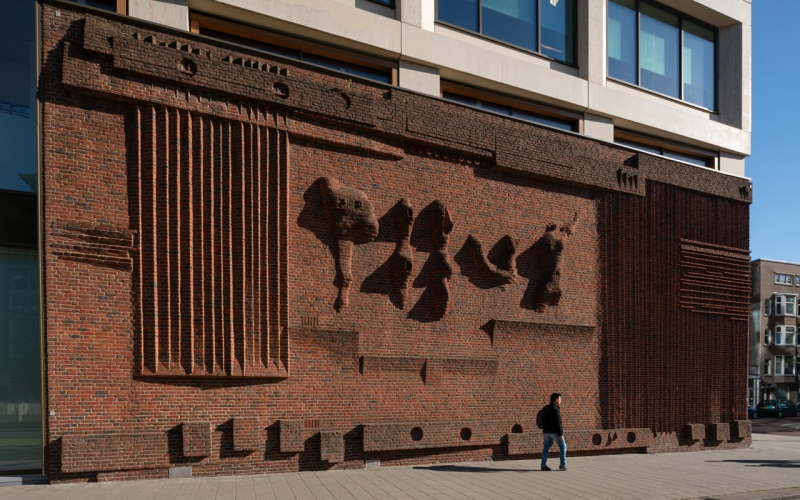 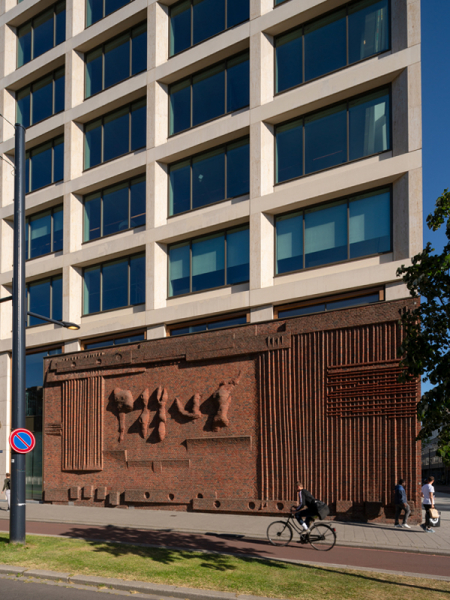 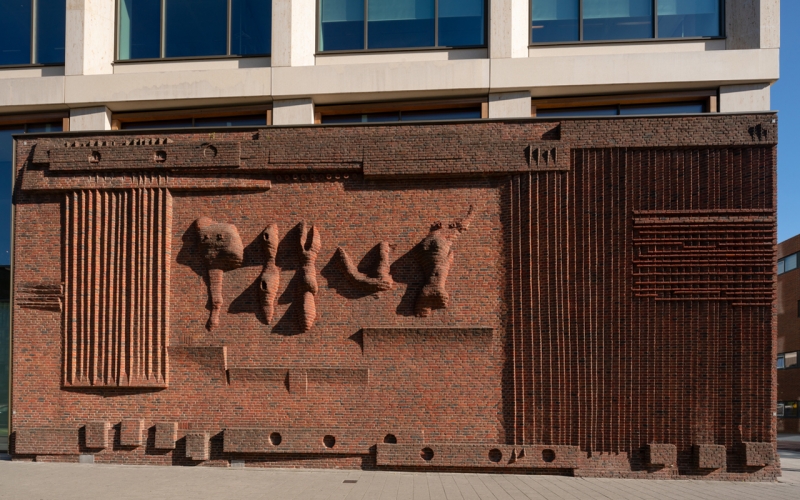 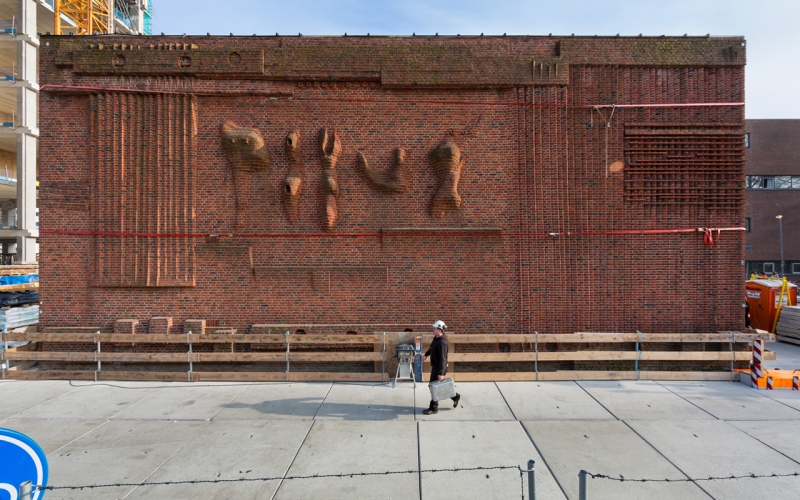 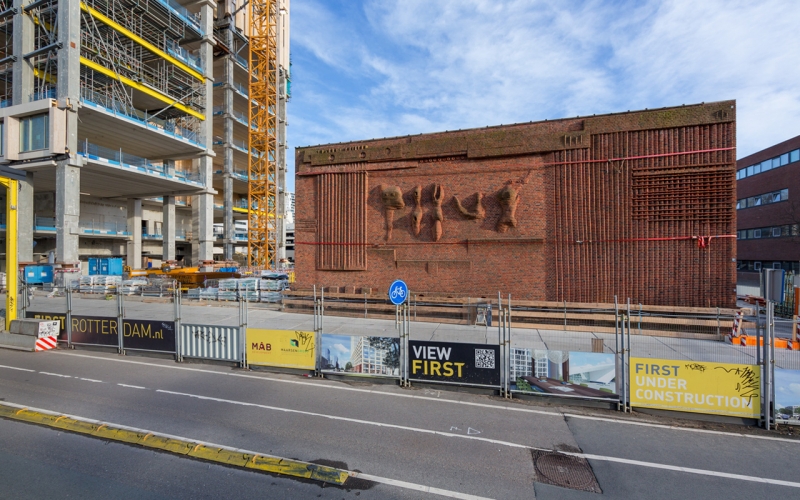 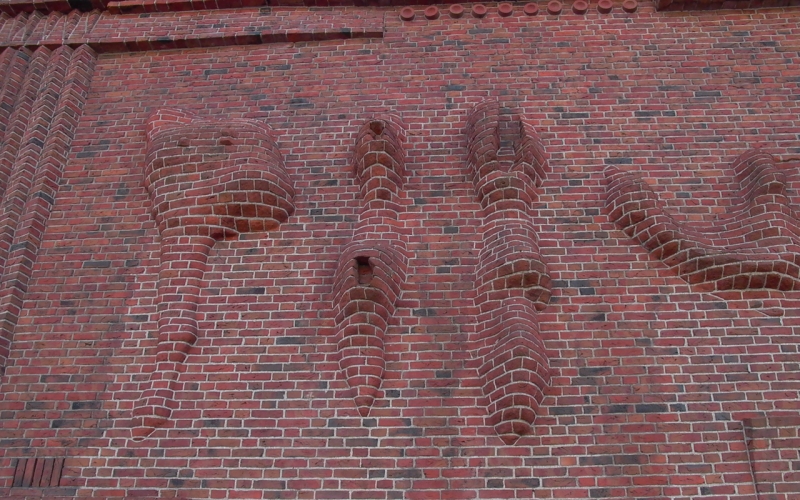 The human body is the main theme in Henry Moore's work, especially the themes 'the reclining figure' and 'mother and child'. For a short period of time Moore worked geometrically abstract, but returned to the organic form and the human figure. Since 1946 he has mainly worked in bronze. Wall Relief 1 that Moore designed for the Bouwcentrum in Rotterdam is his first and only work in brick. The Dutch Brick Industry Association wanted to offer the Bouwcentrum a decorative brick wall. Moore was asked to make a design after an exhibition of his work in Museum Boijmans Van Beuningen in 1953. The artist had previously designed a sculpture that was fully integrated into a building. In the summer of 1954 he designed seven models in plaster, from which a selection was made by a jury. Work began in July 1955. Moore interfered only remotely with the wall relief. Two masons (Gerrit Philips and Kees Molendijk) laid 16.000 Dutch bricks, the so-called 'hand-shaped colorful clinkers', in an organic and geometric relief on the wall. Moore was very impressed with the craftsmanship of the masons and showed his respect by donating the design for the relief to the Bouwcentrum. The composition consists of horizontal and vertical lines and ridges, with a strip of decorative figures below and above. In the center are five organic shapes. Moore saw the potential of the material among Assyrian brick sculptures in the British Museum. He designed the work with the intention of being a resting point for the eye. There was harmony between the work and the building against which the work was located, but due to adjustments and a relocation, the building was no longer in balance with the work. In November 2012, the wall was moved to a warehouse, so that the building of the former Bouwcentrum could be demolished. Fortunately, it was possible Wall Relief 1 preserved in its entirety. The Architects Cie, who won the competition for new construction at this location, was told in the program of requirements that the wall relief should be retained at its original location. For more information: Sculpture International Rotterdam.

Henry Moore (Castleford, 1898 - Much Hadham, 1986) knew from an early age that he wanted to become a sculptor. Nevertheless, he started out as a teacher in 1916. He served in the army during the First World War, after which he was awarded a scholarship to the Leeds School of Art. In 1921 he went to study sculpture at the Royal College of Art in London. He was one of the first to create abstract images that seemed to have arisen as a result of the action of natural forces, such as wear and tear through erosion. His figurative images have the same natural appearance. Moore thought the natural shape was very important; he watched them from what he found in the landscape. Moore's work focused on opposites such as empty space and solid mass. Henry Moore is an important sculptor, especially as he set an example for many sculptors throughout history.