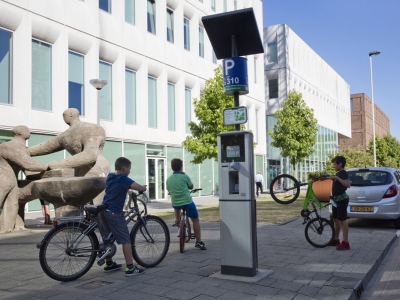 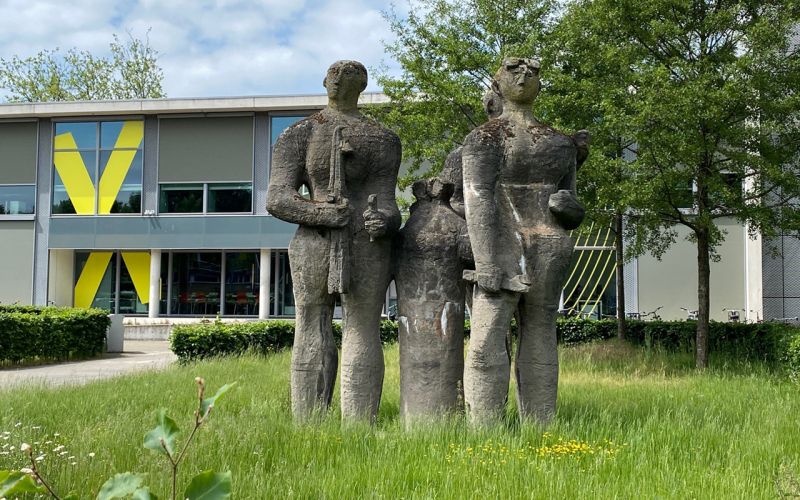 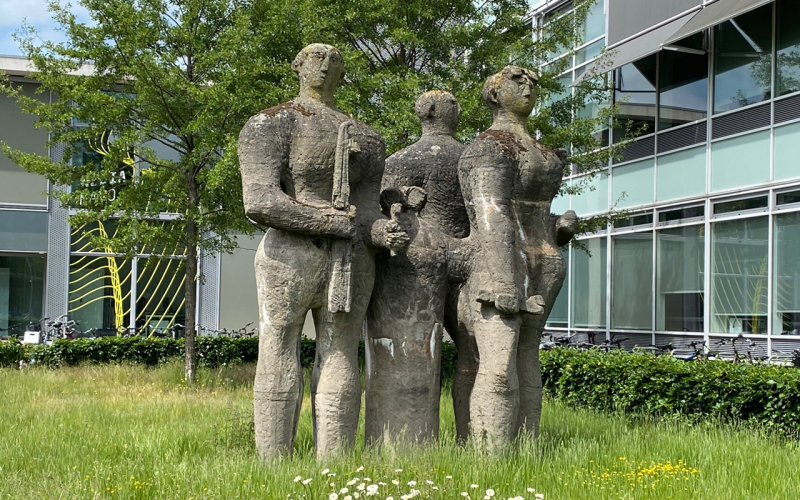 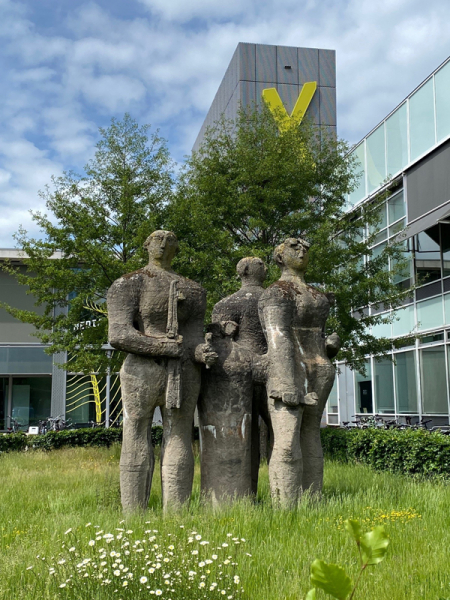 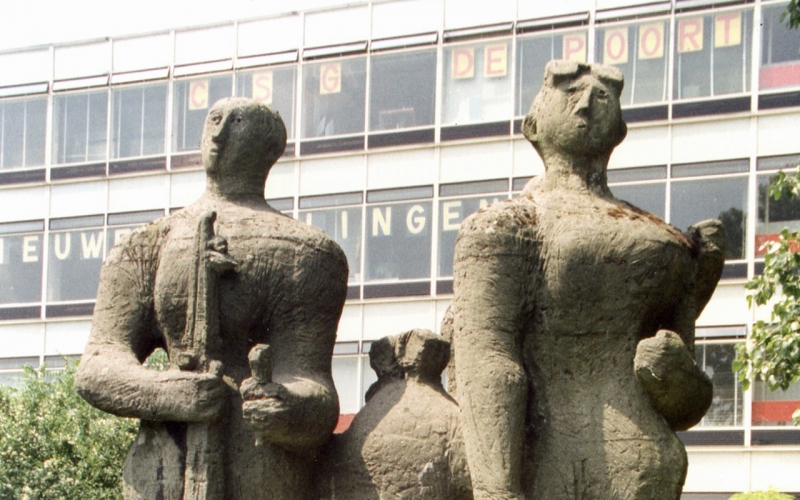 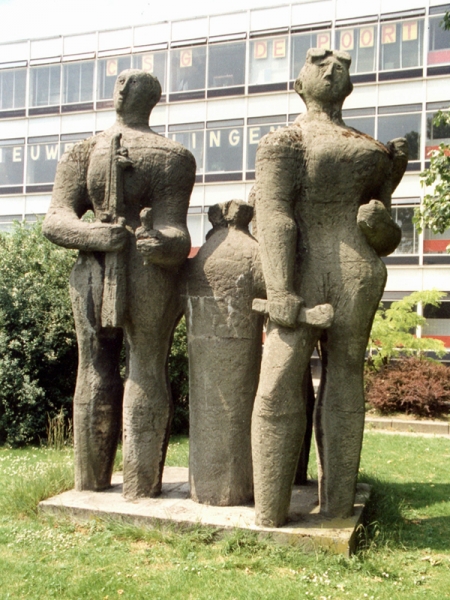 Several works of art by the Hague sculptor Rudi Rooijackers can be found in Rotterdam. This sculpture of three adult men was designed for the then Christian Primary Technical School. Three man figures made of concrete stand in a circle and have instruments in their hands that belong to their profession; a gas bottle stands between them. With this large statue, Rooijackers wanted to express the interest in and the connection in technology. The statue was made in the percentage scheme at the time of the school's construction in 1964. The concrete plastic Workers shows the qualities that made Rooijackers so famous since the XNUMXs. The unwieldy human figures he made are solid and simple, outwardly and inwardly. He likes mass and weight and gives the figures an 'inner life in the volumes'.

Rudi Rooijackers (Jakarta, Indonesia, 1920 - The Hague, 1998) lived in The Hague during the war, where he studied sculpture at the academy. He was also a student assistant at Albert Termote for two years. He was active from 1946 and made, among other things, reliefs, concrete and plaster sculptures. His sources of inspiration were Rodin and Modigliani. In the late XNUMXs he labeled his style as 'alternately figurative and non-figurative'. He carried out many monumental commissions and later in his life began to focus on portraiture. His work can be found in the collections of Museum Boijmans Van Beuningen and the Gemeentemuseum in The Hague. Among other things, he made the work Scheveninger and Scheveningen in Scheveningen and a statue at the PTT laboratory in Leidschendam. He received a lot of press in life and received positive reviews.