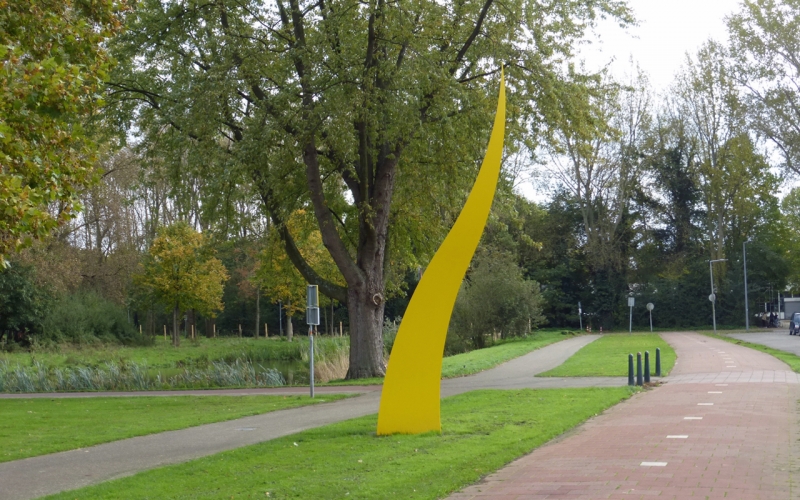 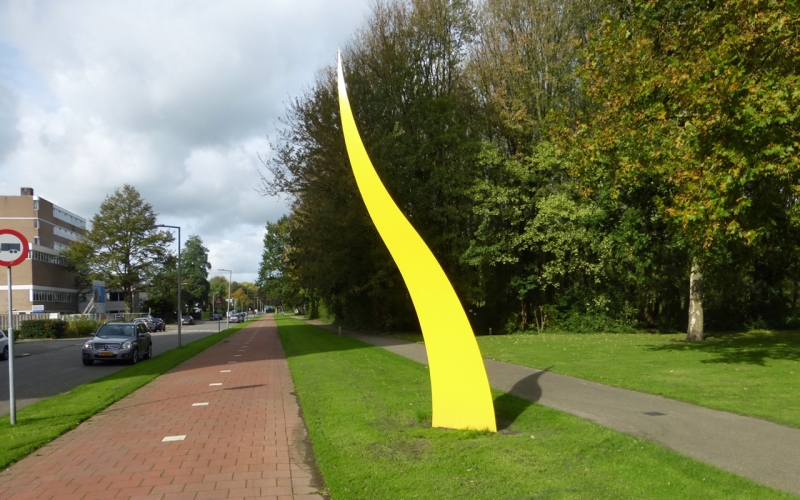 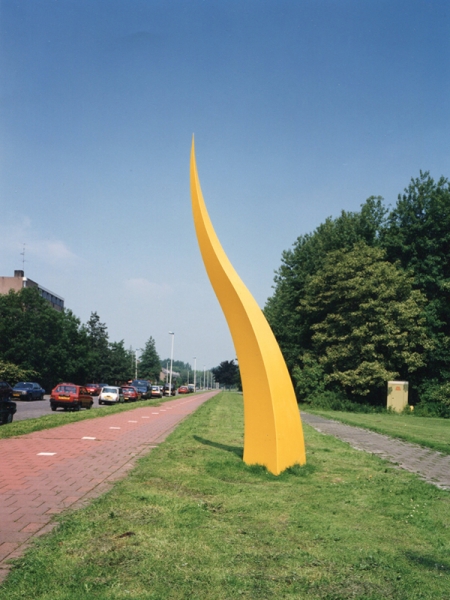 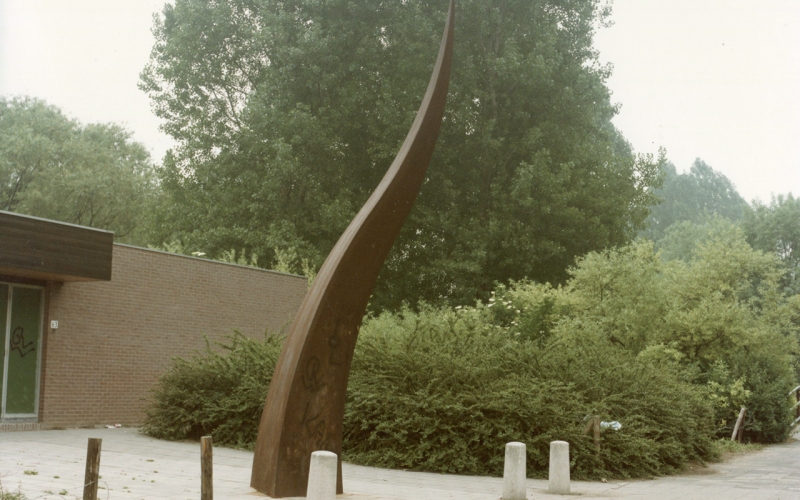 This sculpture by artist Tjalling Idenburg stands like a cheerful beacon on the verge of Berberisweg. In contrast to the sturdy material Idenburg used, the artwork has a cheerful color, which contrasts with the green environment. The statue is in the shape of an obelisk, but with a wavy tip. Occasionally the work suffers from the work of lawn mowers, which sometimes accidentally hit it. The image fades somewhat against the new construction of the 24s on the other side of the street. Originally the work was located at a gym, but changes in the environment no longer did justice to the work and the statue has been moved to its current location. On May 1991, XNUMX the work was unveiled again by Mrs. I. Koedam, then chairman of the Hillegersberg - Schiebroek district.

Designer and sculptor Tjalling Idenburg (The Hague, 1947 - Rotterdam, 2007) taught at the TU in Delft in the Industrial Design course, as coordinator of Product Usability and Prototyping in the master's programs. In his own oeuvre he has been active as a furniture designer and as a sculptor, related to minimal art and spatial design.