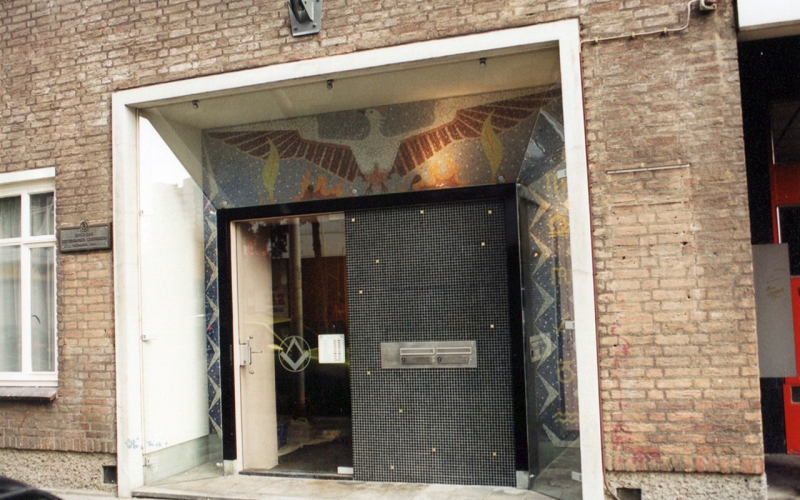 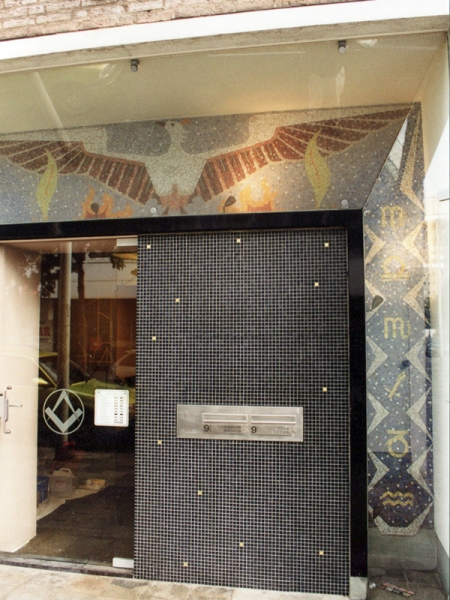 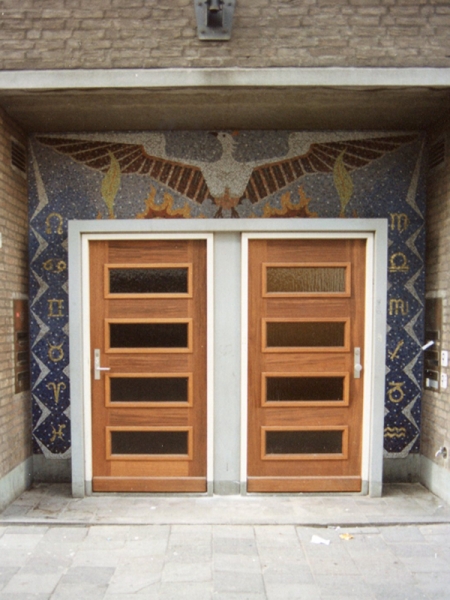 The bombing of May 1940 reduced the center of Rotterdam to ashes, including the building of the Masonic lodge 'De Drie Kolommen' on the Oppert. After the war, the members of this lodge therefore bought a new building on the Haringvliet, but a major renovation would later prove necessary. That is why a completely new building was founded between 1953 and 1954 through the efforts of all Rotterdam lodges. In 1955 this building in the Delftsestraat was completed, after a design by the architectural firm Vermeer and Van Herwaarden. Vermeer was a member of 'De Drie Kolommen'. During the construction of this building, sculptor Joan Bakker was commissioned to make a facade cladding for the entrance porch. Bakker mainly worked in stone, which makes this mosaic somewhat of an exception. From small mosaic stones he made a bird with spread wings, which is placed pontifically above the entrance. Since Bakker also shows the flames of the bombing, it seems as if he depicted the phoenix rising from its ashes, a common theme after the war. To the left and right of the doors are the twelve signs of the zodiac, symbols more commonly used by Freemasonry. It is a striking reconstruction work of art, in which Bakker has looked at the pre-war mystical traditions and in which he wanted to depict the ideas of the Freemasons.