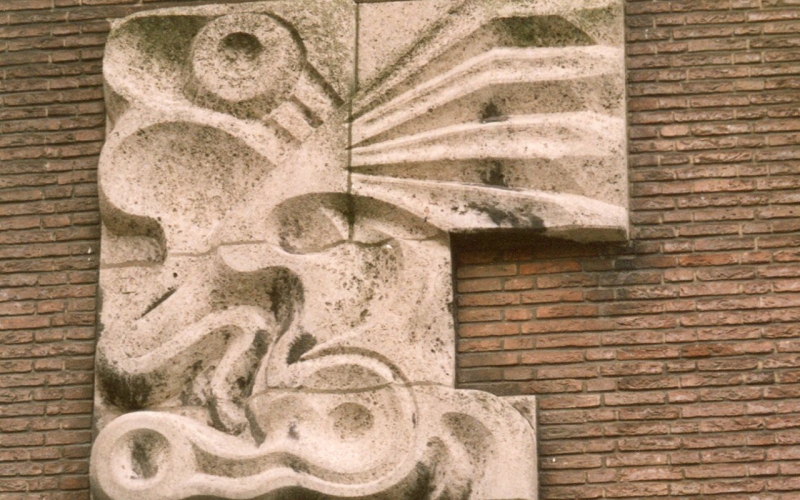 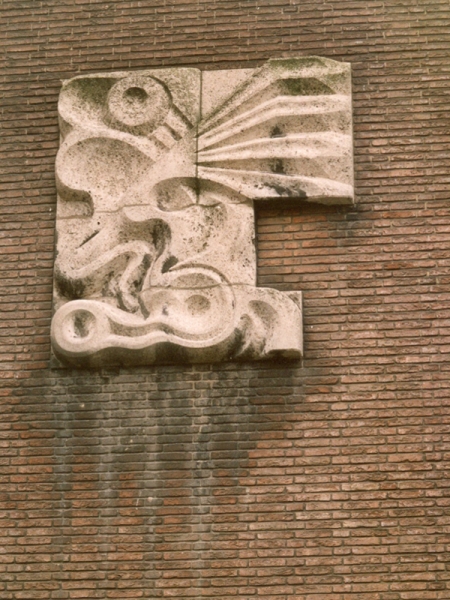 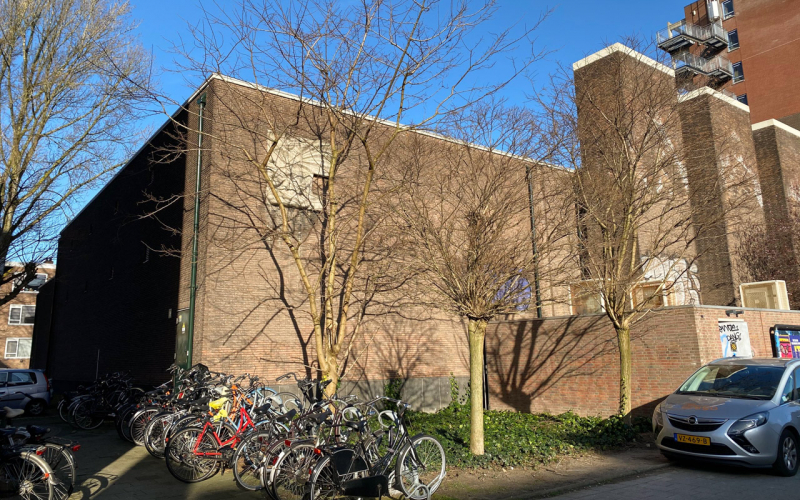 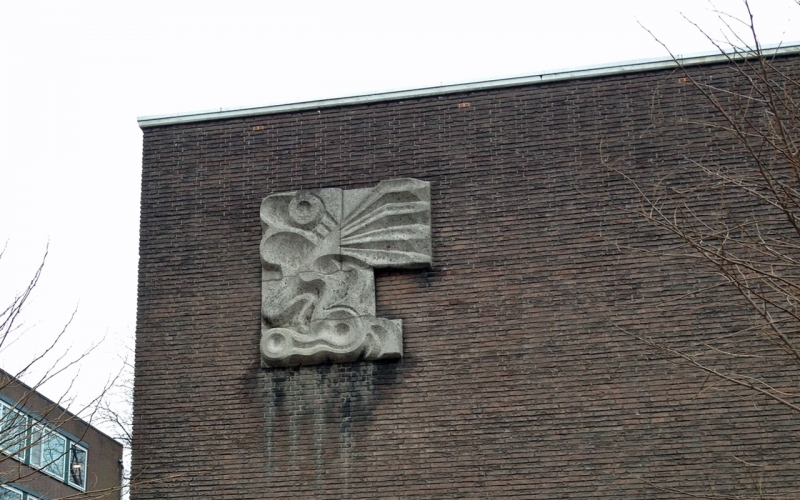 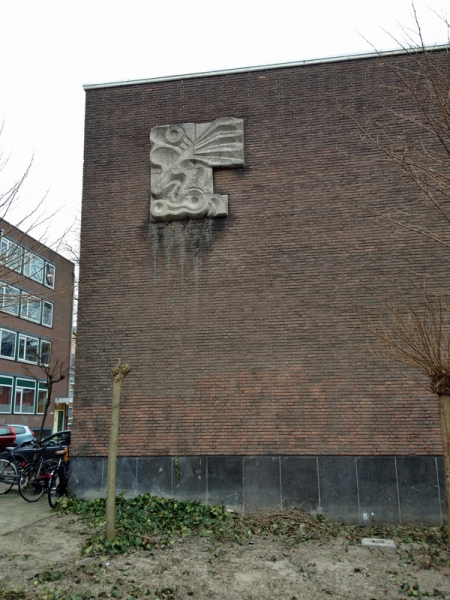 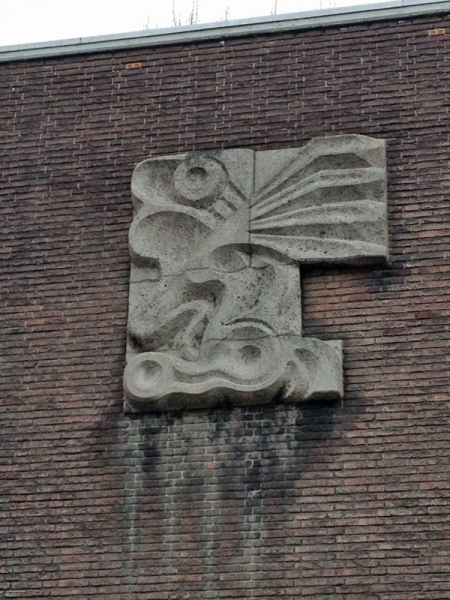 This facing brick was made by sculptor Joan Bakker. He was awarded this contract during the construction of this (former) substation for the Municipal Energy Company. The stone has a size of approximately two by two meters and is placed in the upper left corner of the facade on the Vondelweg side. The facing brick consists of four separate limestone parts. The work has an abstract wing-shaped relief.

Joannes (Joan) Petrus Anthonius Maria Bakker (Oosterblokker, 1919 - 1999) visited the Academy of Visual Arts in Rotterdam, after which he settled permanently in Rotterdam. Among other things, he was a student of Herman Mees (1880 - 1964) and the husband of sculptor and ceramicist Riet (Maria) Elias. He made it together with Jan Poot (architect at the Municipality of Rotterdam) Liberation Monument at the Brink in Vreewijk, Feijenoord. On an office building on Botersloot, he designed ornaments with great visual power and clear stonemason qualities. He was able to handle the hardest types of stone, in which he applied reliefs with attention to the role of light on the various types of stone. There are several works by Joan Bakker in Rotterdam.