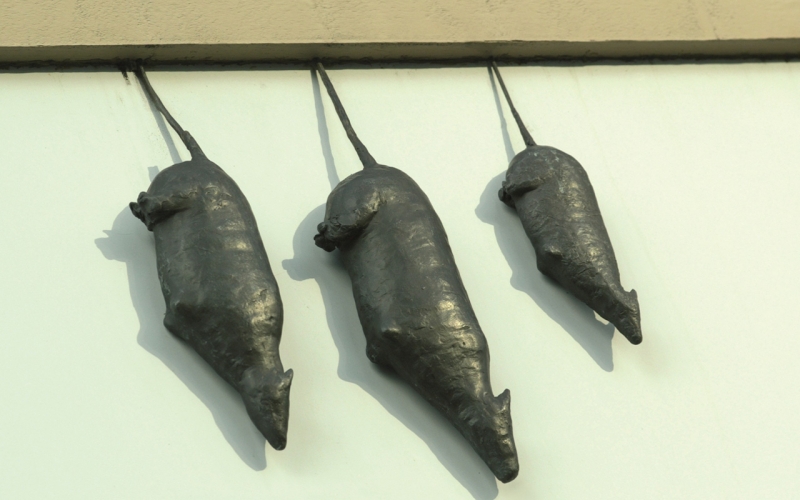 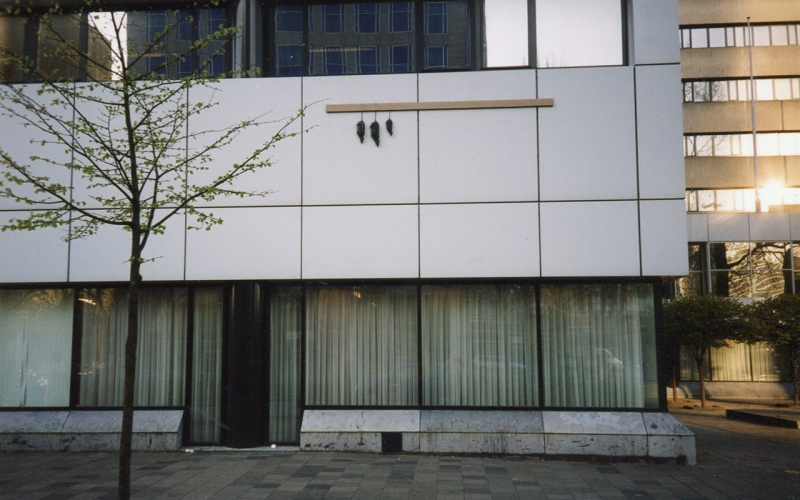 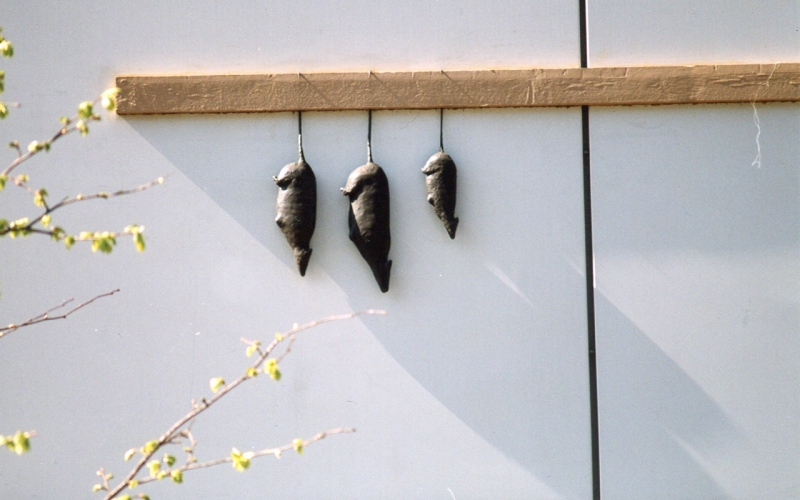 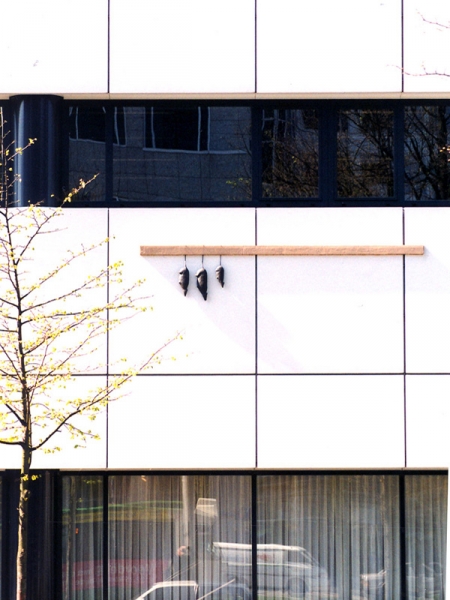 A work by Mark Manders hung on the Weenapoint building on Kruisplein, near the place where you would normally expect a street name sign. Three rodents, more of a rodent archetype, clung to their tails under a wooden beam. Like the animals, this beam is made of bronze, but painted with a wood structure and color. The sculpture was a permanent part of a multiple project. In the week of the statue's unveiling, Manders issued a newspaper that was distributed door to door. In addition to some poems, this newspaper mainly featured photo prints. These showed the rodents at Kruisplein and were alternated with prints of temporary interventions that Manders had made in the public space. It also contained portraits of the British Angus Taggart, a fifteen-year-old photographed by the artist because his face had a multicultural appearance. The newspaper gave an idea of ​​this boy's thoughts and suggested that the sculpture came from this boy. Angus acted as an alter ego of Manders. The artist Mark Manders, who only exists in an artificial world, is in turn an alter ego of the person Mark Manders. In 2009, the work was removed in connection with the restructuring of the Station area and the redevelopment of the Weenapoint building. The “Rats", as the work is popularly called, are stored in the depot and are awaiting a new location. For more information: Sculpture International Rotterdam.

The oeuvre of Mark Manders (Vonkel, 1968) consists of installations, drawings and sculptures, which he combines into installations and 'gesamtkunstwerken', which he often presents under the title 'Self-portrait as a building'. The installations are representations of his ideas and thoughts. In 1993 his work was shown at Park Sonsbeek and in 2013 he represented the Netherlands at the Venice Biennale. His work is included in various museum collections.