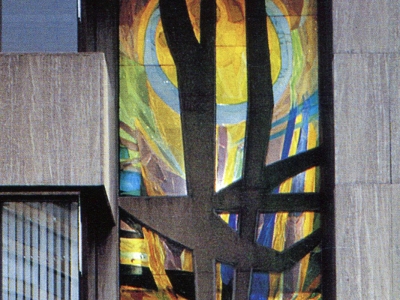 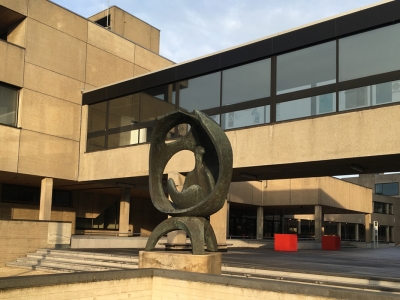 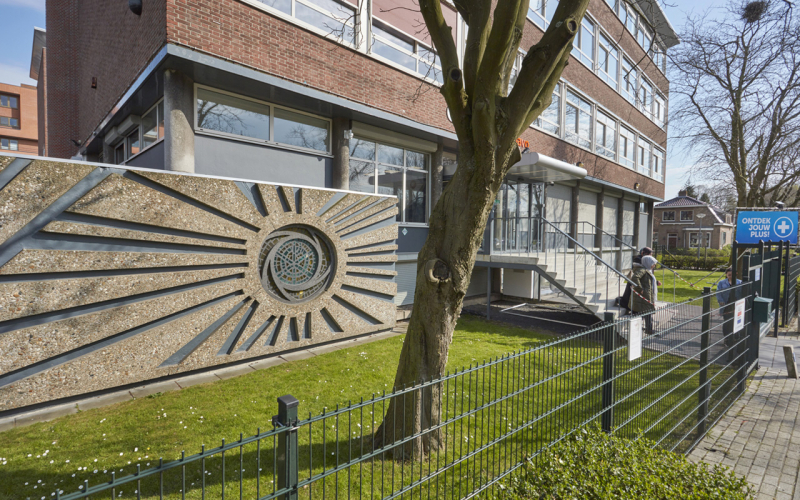 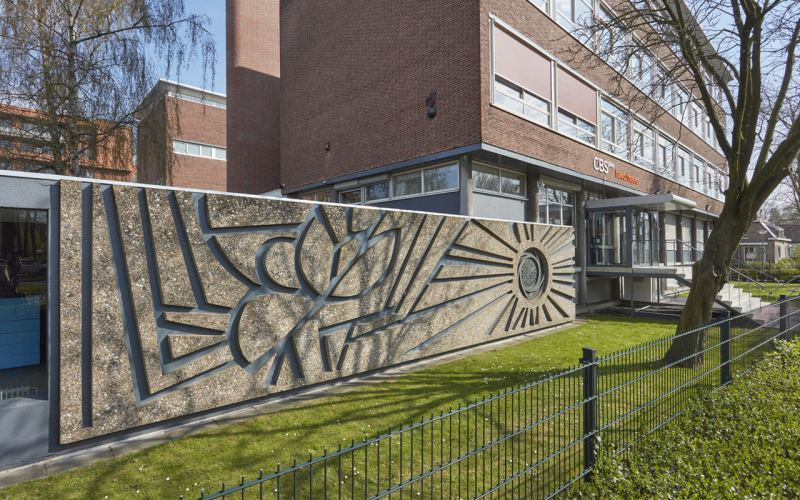 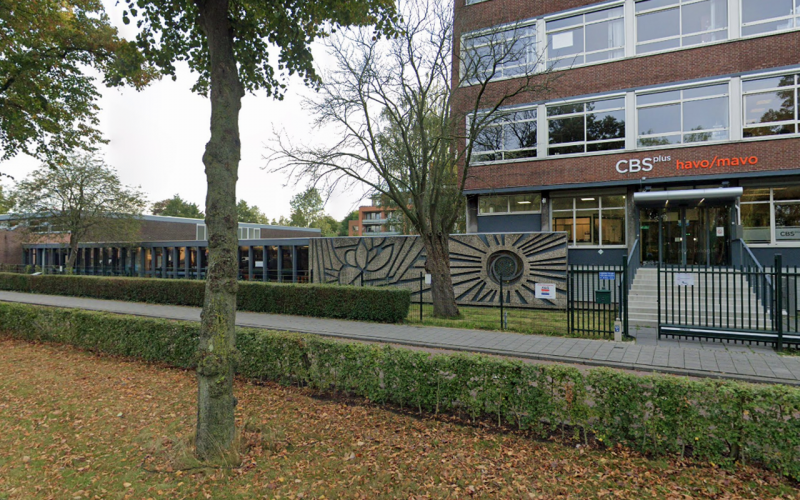 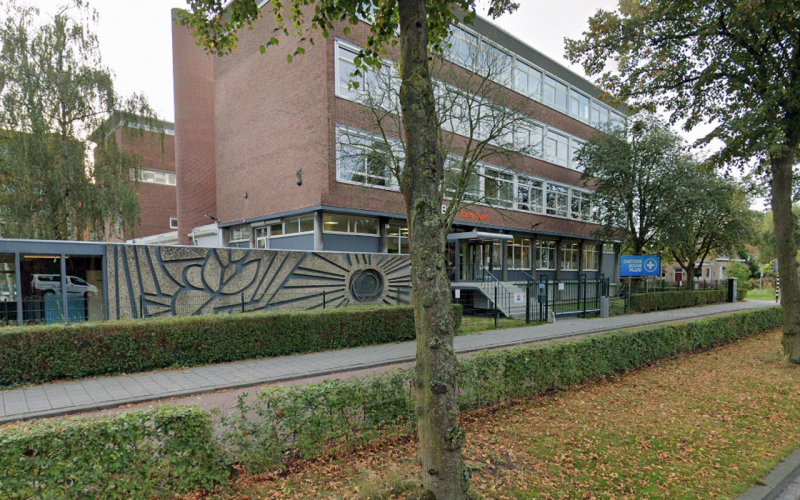 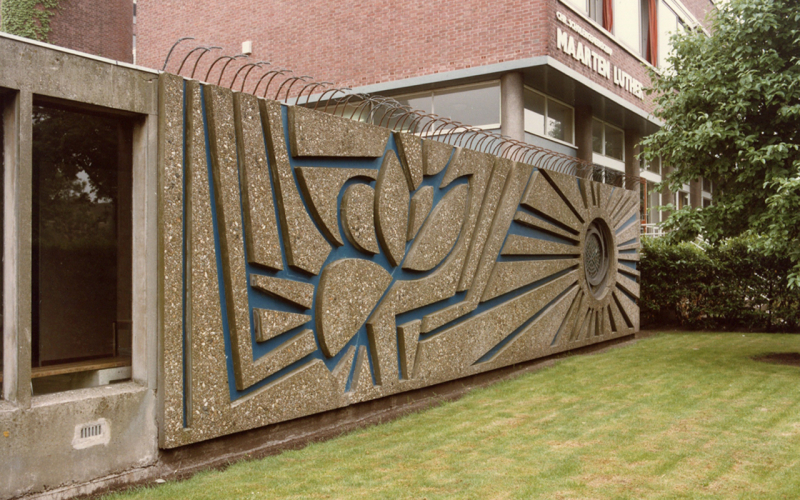 On the left side of the entrance to this school building, a 13-metre-long facade element by the Rotterdam artist Ger van Iersel has been installed. A sun and leaf motifs can be seen in abstract shapes on a blue background. The center of the sun is a stained-glass concrete window. This beautiful work is coarser than Van Iersel's other designs, due to the robust technique he used. With its thick lines, it is a striking wall on a busy road. Van Iersel opted for contrast in this work; the floral lines are at right angles to the rectangular architecture of the building. But the choice of materials also provides contrast. Because the work is made of concrete, it fits into the built environment on the one hand, but on the other hand the choice for the coarse concrete with its many stones also ensures a natural quality. This choice of materials and technique has a unique position within the varied oeuvre of Van Iersel.