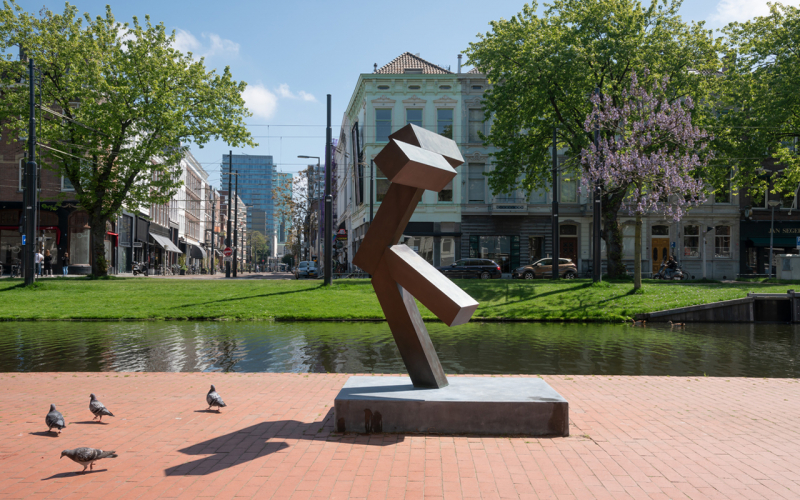 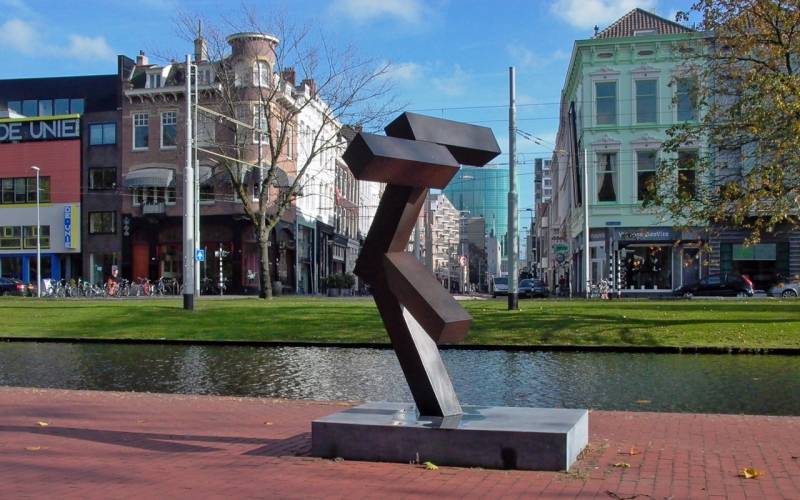 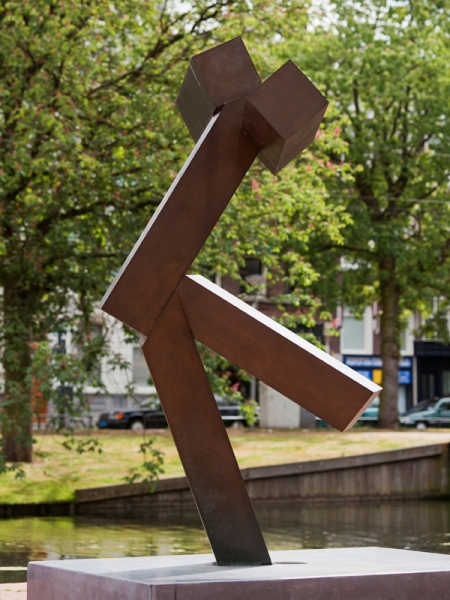 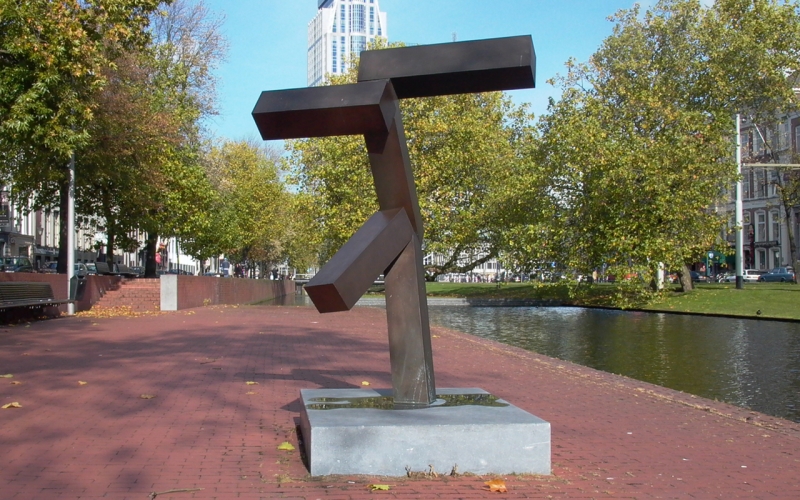 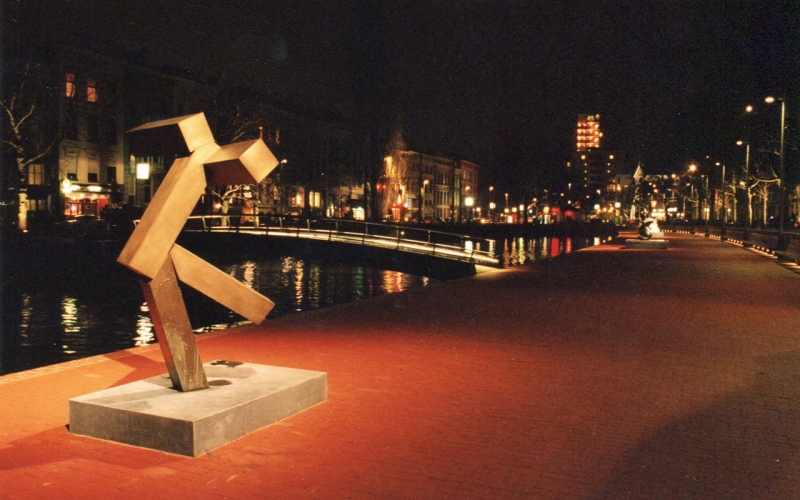 Although not immediately recognizable as such, this work of art is a human figure, the central theme of the images on the sculpture terrace. Sculptor Joel Shapiro builds figurative images with simple abstract shapes. Abstraction itself does not interest him that much; for him it is about the expressiveness of simplicity. Since 1980 he has mainly focused on human figures, which he builds with wooden blocks. It is formed from five almost identical parts of a shape much used by Shapiro: the beam, then cast in bronze so that the wood structure is still visible on the cast block shapes. As a result, Shapiro emphasizes two important aspects of his work: the serialization of his images and the extreme austerity of forms he applies. It is a cross between a human figure and an ingenious stack of five beams. The bronze figure balances on one leg on the pedestal. The limbs protrude far and are turned in relation to each other, creating a strong dynamic. The impression is given that the figure is light and mobile. At the same time, it ensures that the image does not have a clear front; the strongly changing views make the image interesting from all sides. For more information: Sculpture International Rotterdam.

From 1970 onwards, sculptor and draftsman Joel Shapiro (New York - USA, 1941) exhibited his own sculptures, which at first appear minimalist and later post-minimalist, but are much more intuitive and expressive than most minimalism. Throughout his oeuvre, Shapiro consistently conducts sculptural research into space, volume, surface and openness versus closedness. He imparted an expressive power to his sculptures. Shapiro's work gradually developed from extreme abstraction to forms in which human figures became visible.