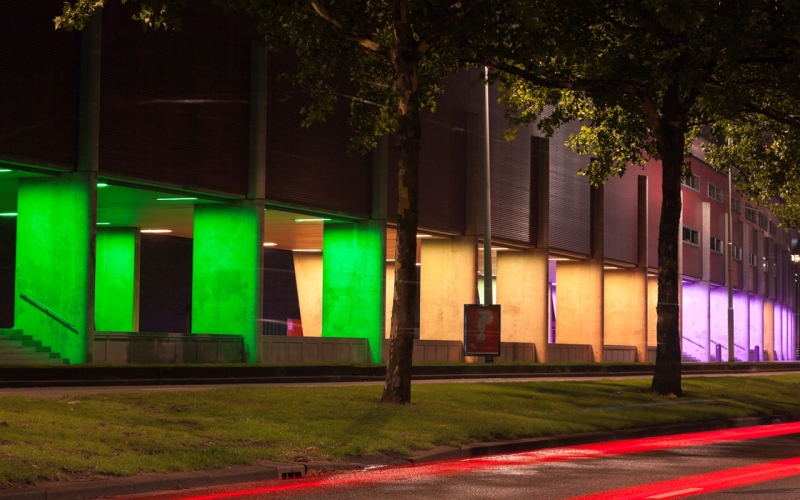 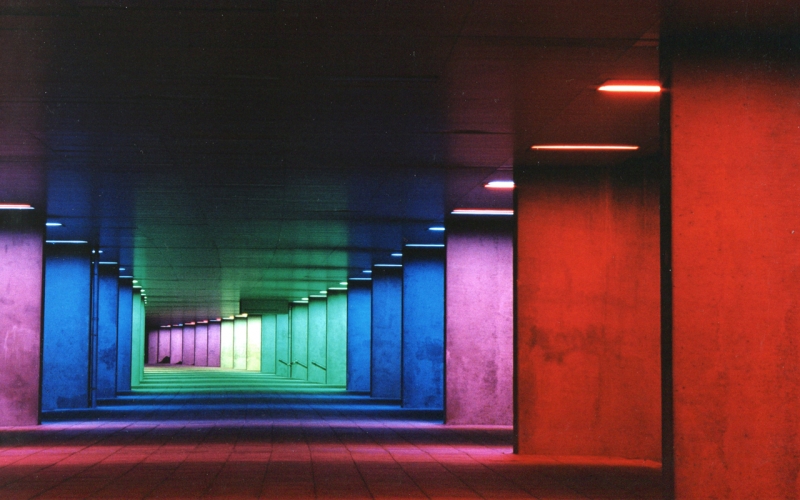 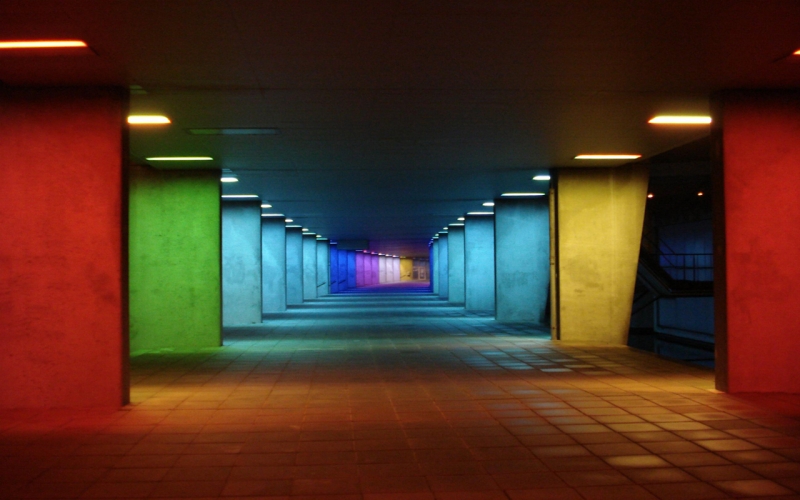 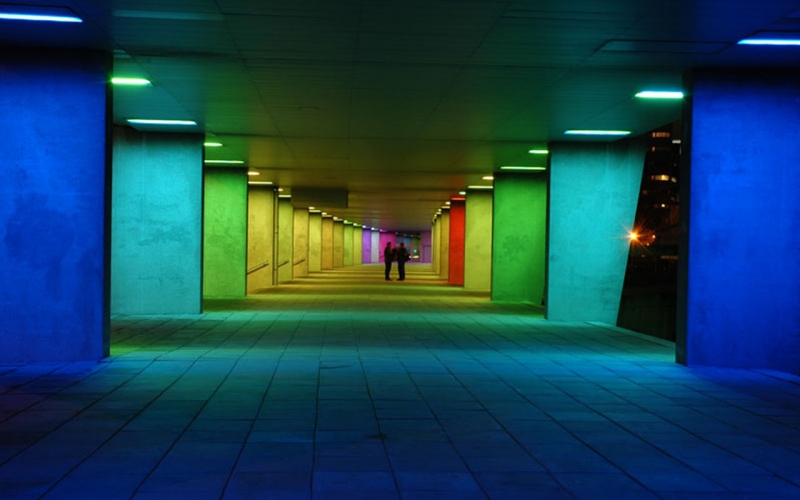 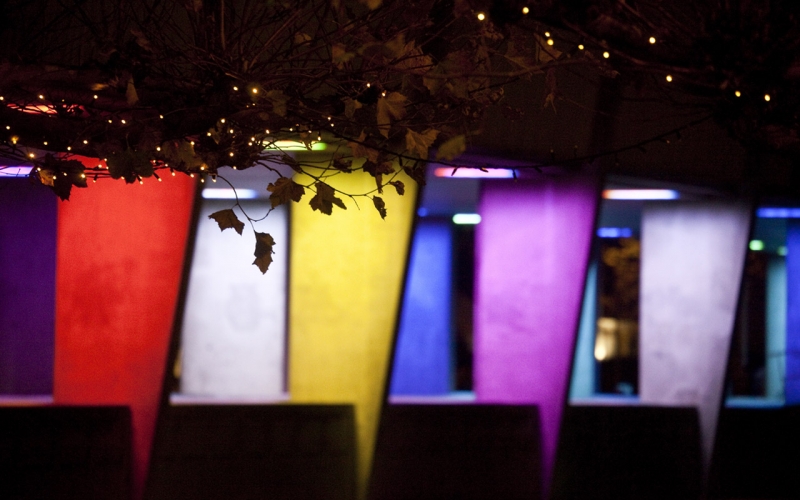 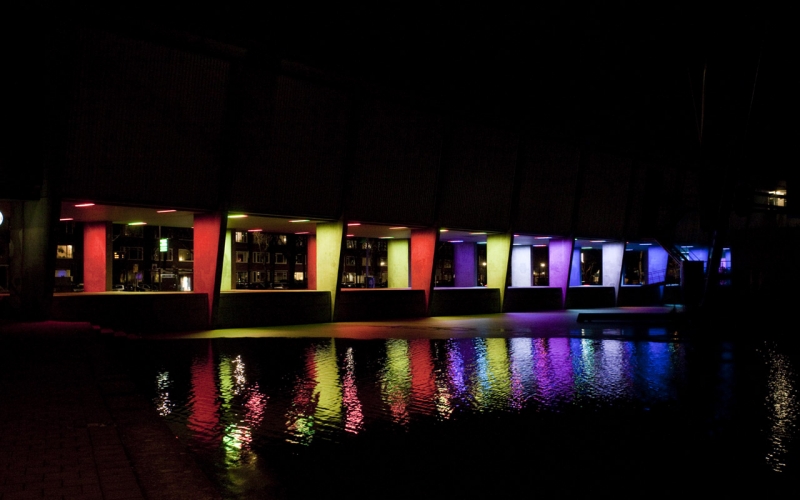 Struycken makes monumental work that forms a striking part of the public space or a building in the public space. The light gallery is one of the five works he realized in Rotterdam. The columns of the archive building, part of the architecture museum designed by Jo Coenen, are illuminated after sunset and change color every ten minutes. A computer program ensures that the red, green and blue lights always show a different combination of primary and mixed colors. With this lighting the passage gets something theater-like, where passers-by seem to become moving participants of the work in the evening. For more information: Sculpture International Rotterdam.

As an 1939-year-old from 25 to 1964, Peter Struycken (The Hague, 1976) led a department of the Arnhem Academy of Visual Arts set up specifically for 'environmental art'. He was also one of the first artists in the Netherlands, who from 1969 let the computer play an important role in the creative process. His design from 1981 for a series of stamps by Queen Beatrix, on which he captures the queen in countless dots, is well known. However, Struycken usually works without figuration, with abstract patterns, structures or installations. Light and color play a major role in this. He also made lighting plans and theater sets. He was one of the first artists to make large-scale contributions to a building or the design of public space.