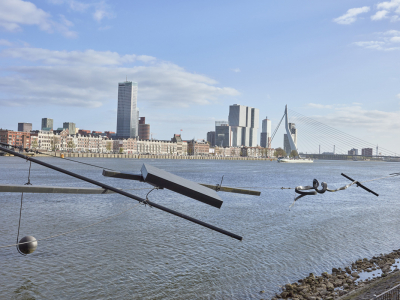 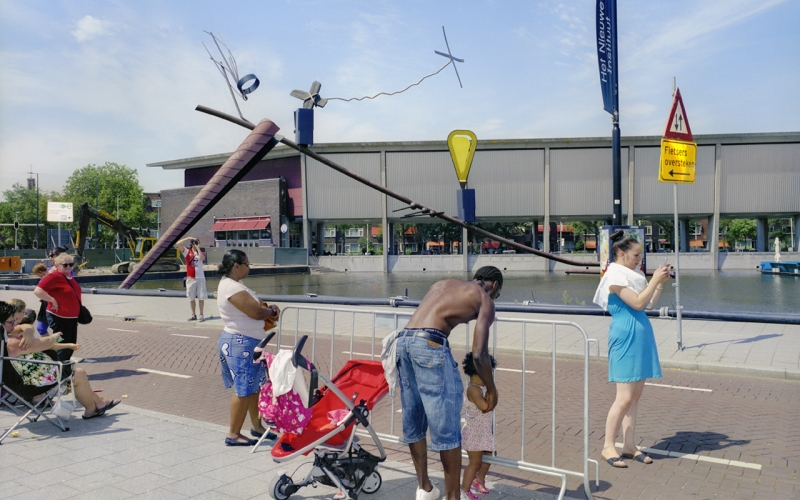 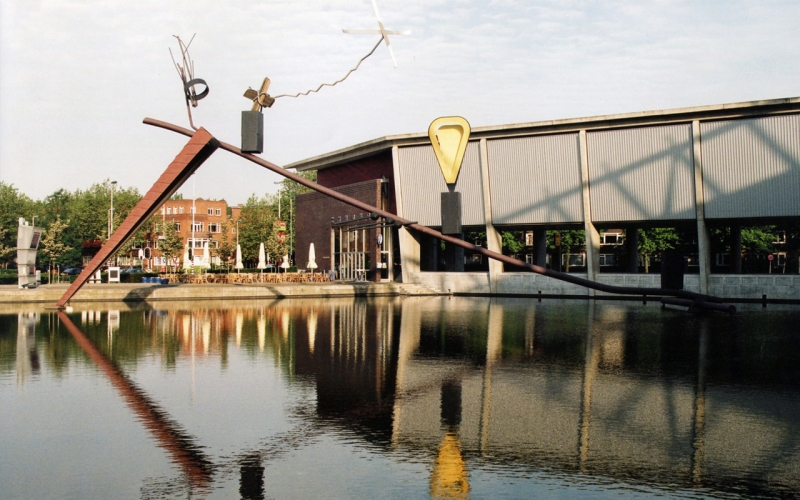 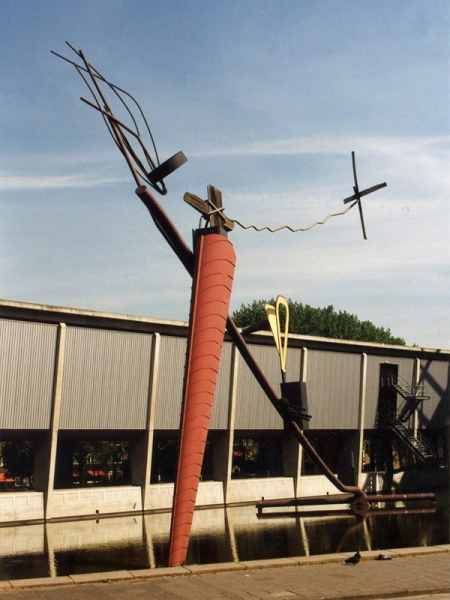 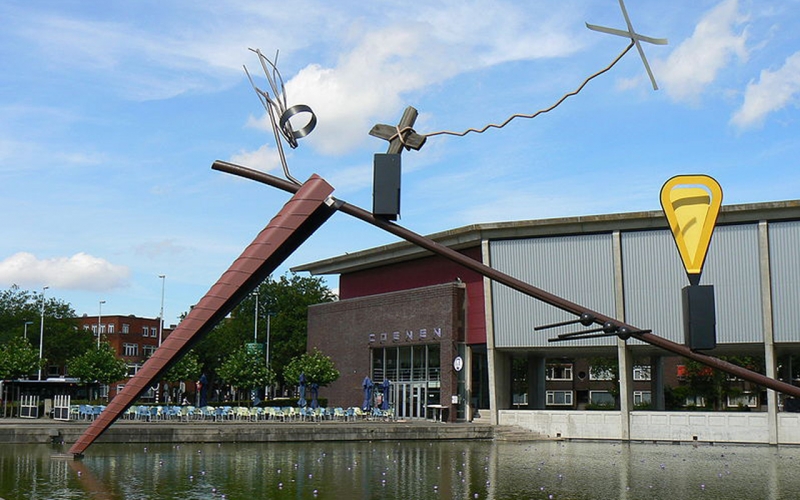 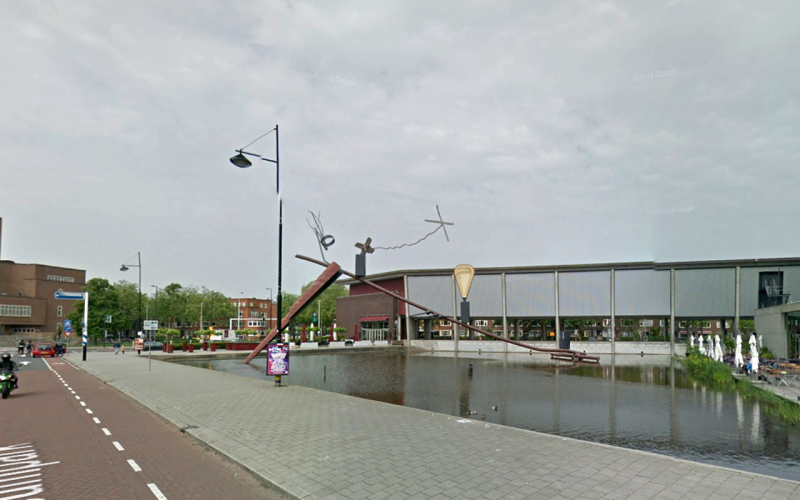 This image that Auke de Vries designed especially for the Netherlands Architecture Institute (NAi) and that was placed one year after the opening (in 1994), has an impressive size. The length is 35 meter, the height 12 meter and the weight is 30.000 kg. The fact that the image was not already visible at the opening has to do with De Vries's working method. He believes that his images should become one with the building for which he designs them and therefore only starts when the building is largely completed. In this case he stipulated a year to make his statue. In his own words:The image and a building together make one total. I am concerned with that total. A building is something we know, it's beautiful or crazy, but it's a building. An image is a greater improbability, will have to stand in the field like a playwright. And the actor cannot do without that field". The statue is placed in the pond of Het Nieuwe Instituut (formerly the NAI) and reflects the building designed by architect Jo Coenen. It is tailored to the scale and size of the environment as a whole. Just like the building itself, the sculpture has an open structure at the top. Auke de Vries opted for expressive shapes and colors.

Auke de Vries (Bergum, 1937) is a sculptor from The Hague. Initially he was a graphic artist and etcher and received the Royal Prize for Painting in 1959. In the seventies he started with the metal sculptures with which he would gain national fame. In 1997 he received the Ouborg prize.