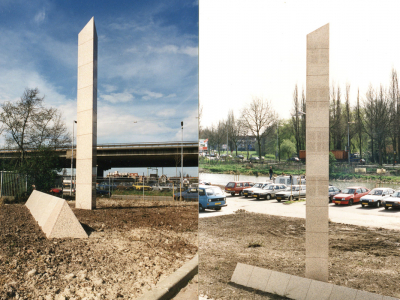 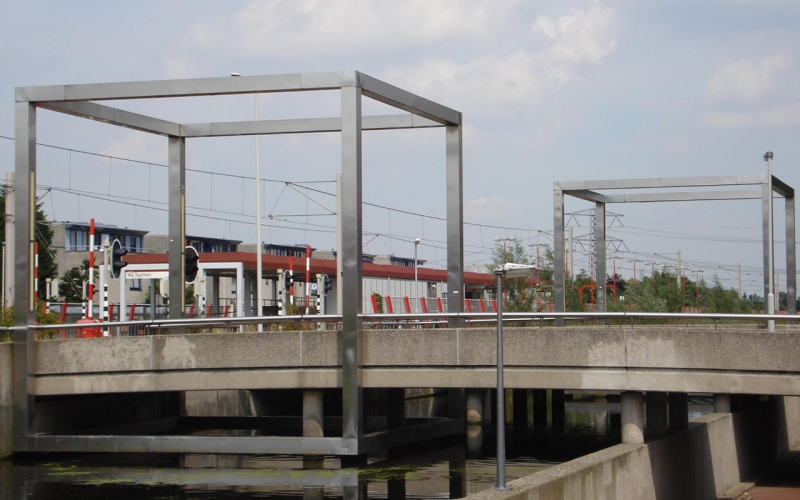 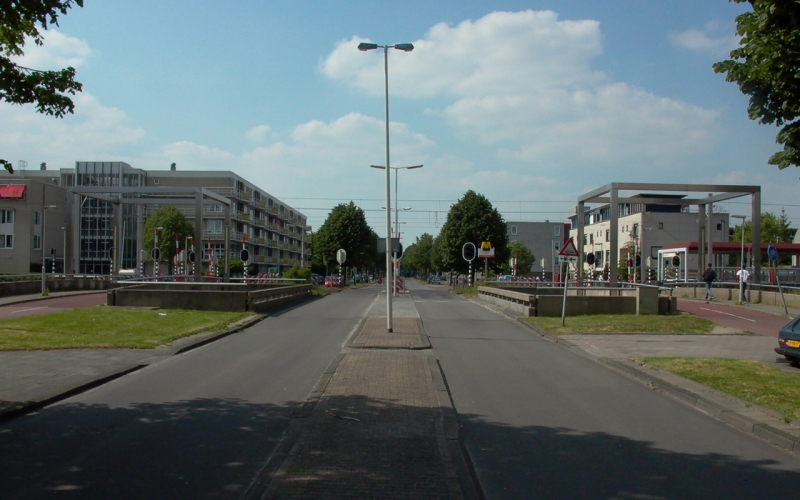 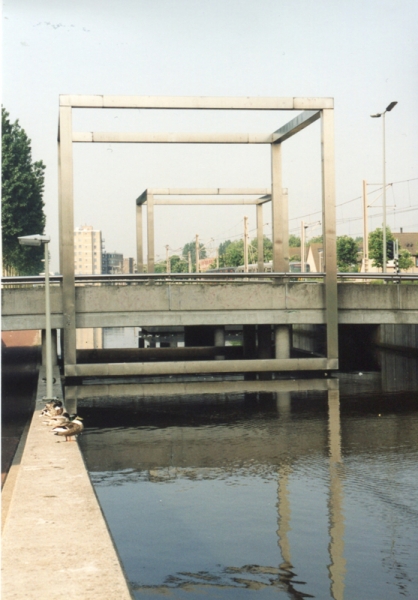 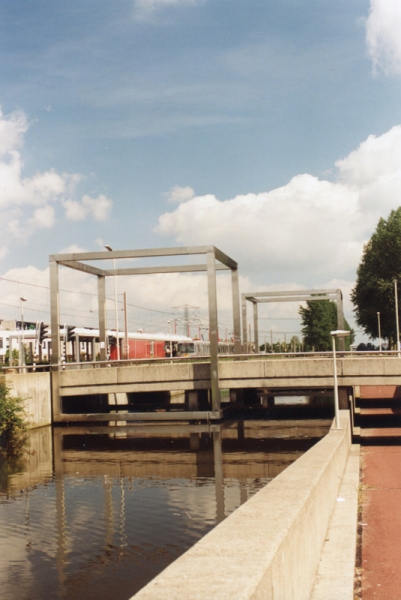 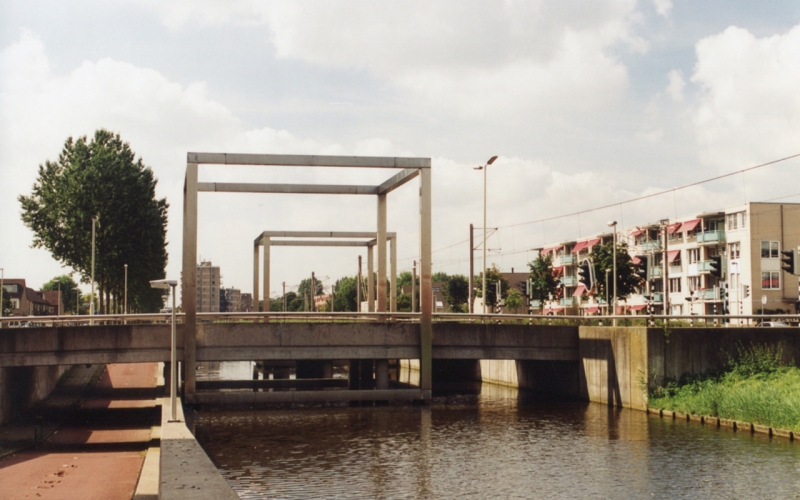 The steel cubes by Wilderom and Van der Horst are a reference to the basic form of building in modernism: straight and angular, simple and sleek. The architecture in the immediate vicinity has undergone changes over the years, so that the steel cubes no longer really stand out. The cubes are constructed around two bridges.

Coen Wilderom (Bloemendaal, 1944) is an architect and sculptor. He studied at the Academy of Visual Arts in The Hague. From the 1960s he started to work spatially, in which he was particularly inspired by Constructivism. He often made sculptures that cannot be recognized as art, but more as objects for positioning. They serve as a beacon in space with the aim of indicating a viewpoint in the urban environment. In the 1980s he was involved as an artist in a city plan for Bergen aan Zee, which was ultimately not implemented. Together with Wim van der Horst, he has carried out assignments in the context of the Dapperbuurt project and the Agniesebuurt project (1981–1984).

Wim van der Horst (Tilburg, 1949) is a sculptor, wall painter and watercolorist. He has realized several works in public space. Together with Coen Wilderom, he has carried out assignments in the context of the Dapperbuurt project and the Agniesebuurt project (1981–1984). Van der Horst was director of the Academy of Visual Arts in Tilburg.