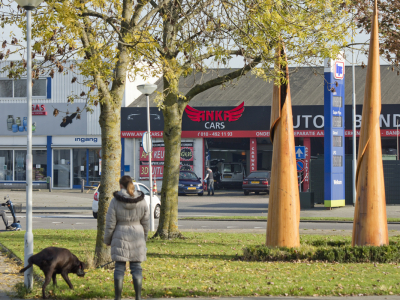 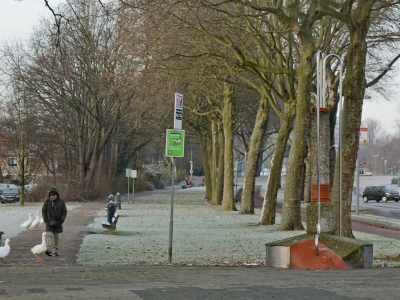 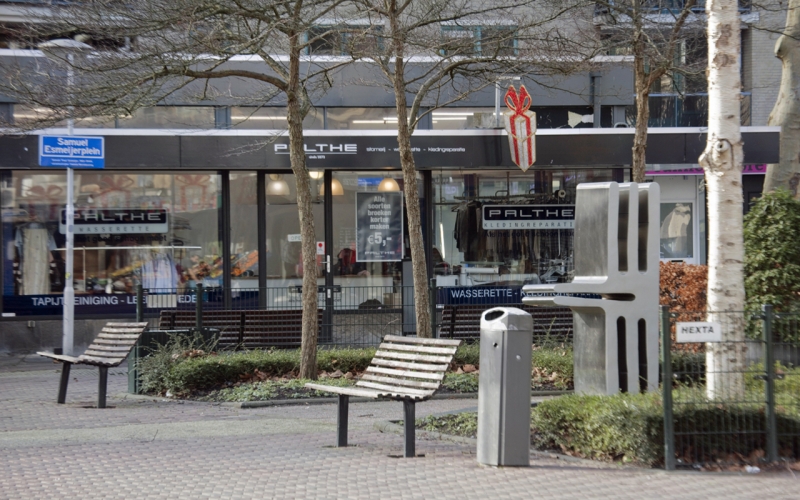 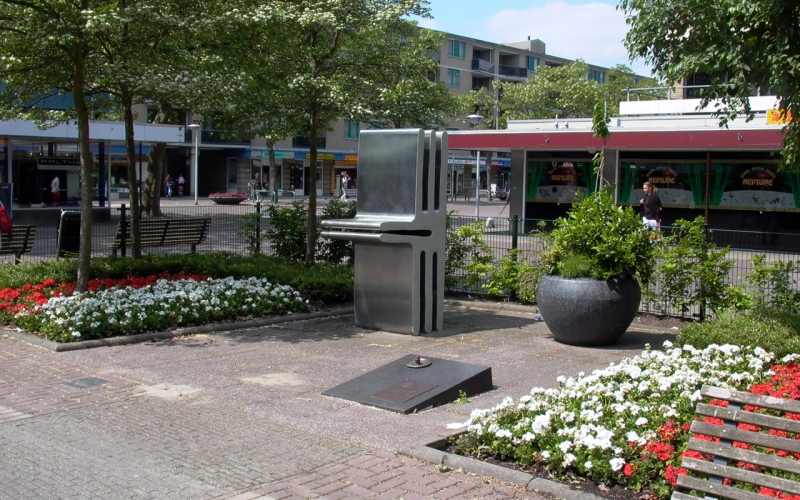 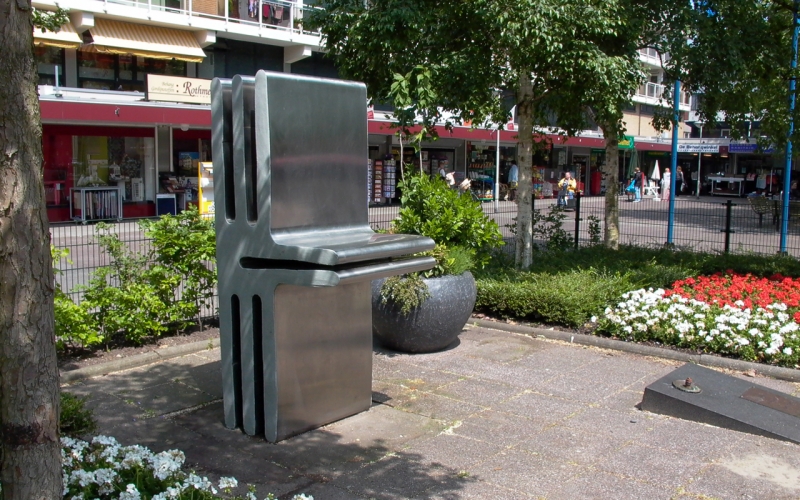 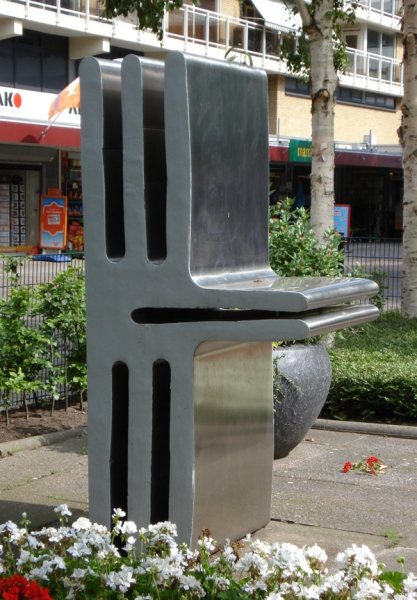 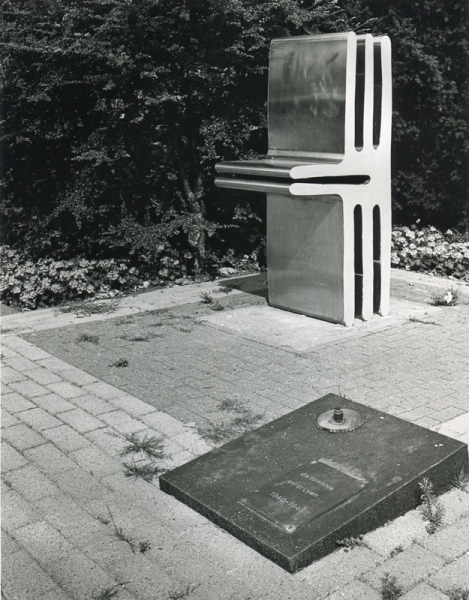 Maingay made non-figurative concrete-metal plastics in the 1960s. One of his plastics was purchased by the Rotterdam Art Foundation (RKS) and placed in Het Lage Land. The residents at the time quickly nicknamed the sculpture The mailbox. A few years after the placement, a commemorative plate was applied without the artist's knowledge, with the inscription: expelling tyranny 1940 - 1945. To complement the whole, a bowl with flash point was placed on the plate. Since that time, the artwork has functioned as a memorial, which the artist sees as recognition of his work.

Rob Maingay (Semarang, 1939 - Rotterdam, 2016) was a Dutch sculptor, architect and furniture designer. He was born in Semarang on Central Java in the former Dutch East Indies and studied at the Academy of Visual Arts and Technical Sciences in Rotterdam. In 1967 he received a first prize for his sculpture. From 1969 he was active as a sculptor in Rotterdam. He made a few sculptures for public space in different municipalities, metal abstract geometric objects, spiraling or stepped shapes. Until the nineties he made wooden spiral sculptures and also exhibits such waves in wood and stone in galleries, including at Nouvelles Images in The Hague. Maingay lived and worked in Rotterdam-Vreewijk.