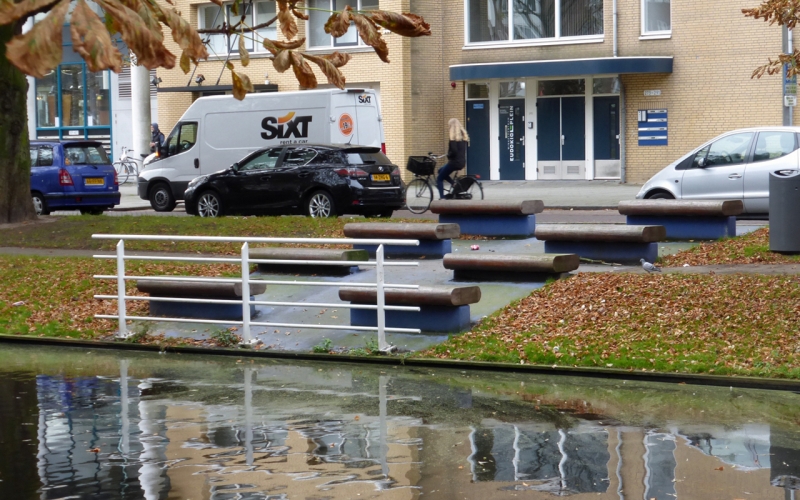 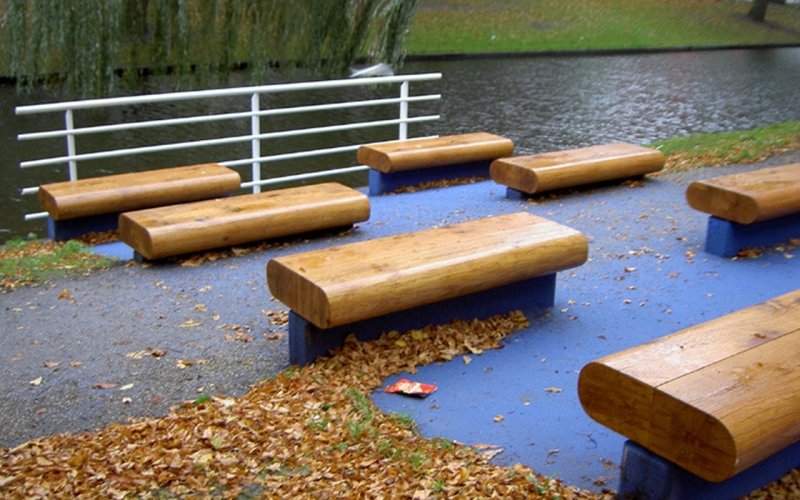 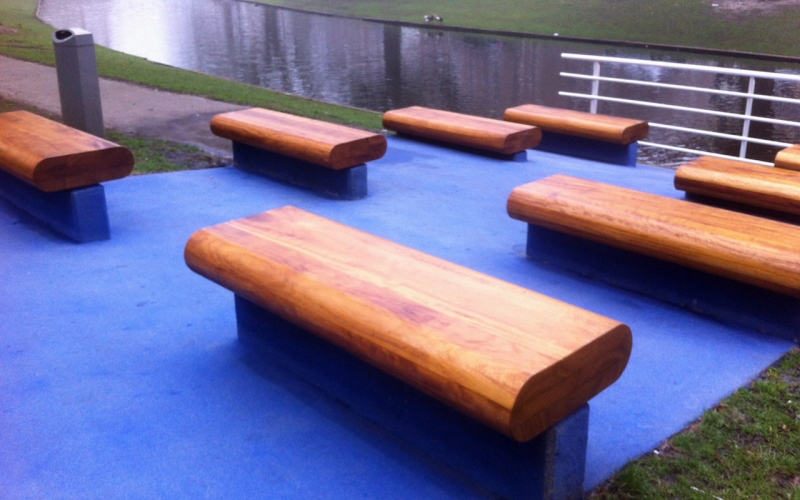 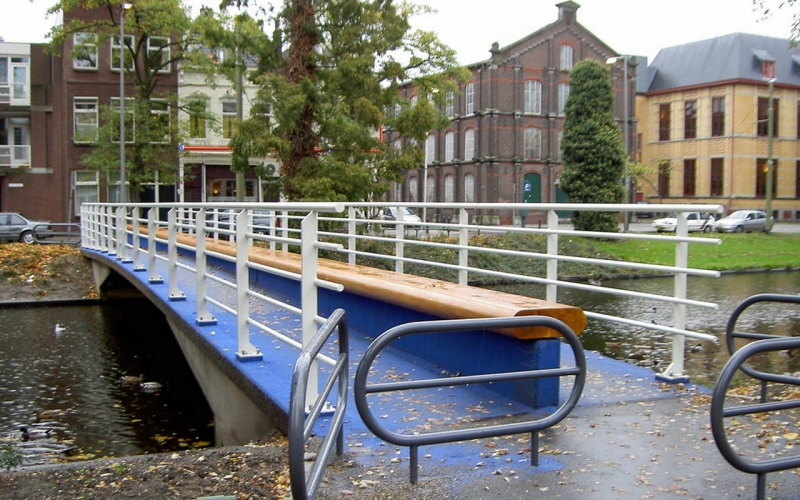 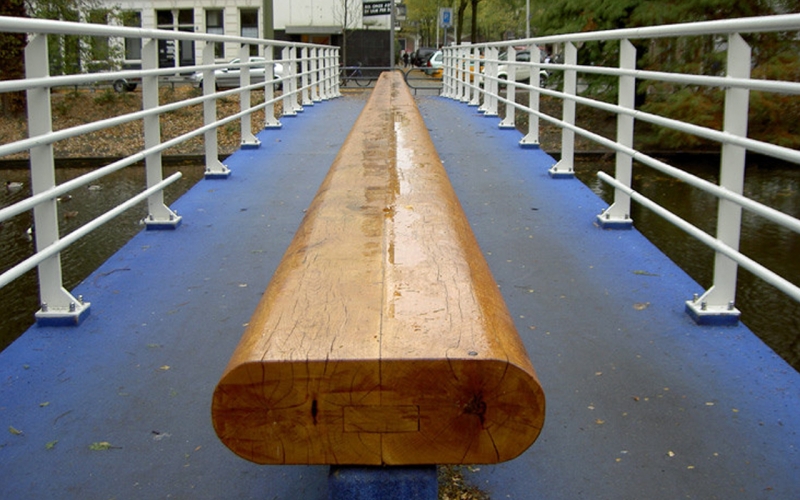 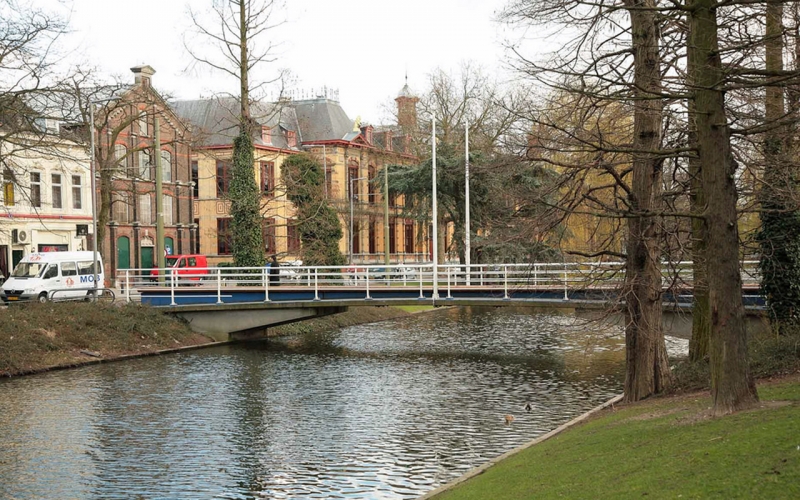 Jeroen Doorenweerd is a nationally operating artist who has made intelligent interventions for public space on several occasions. In doing so, he always responds to the environment. That was the starting point of this art commission, which ran parallel to the canal plan: from 2000 to 2015, the Municipality of Rotterdam renovated the canals, a design from 1842 by the Rotterdam architect Willem Nicolaas Rose. Parallel to this renovation, CBK Rotterdam has implemented an art plan. Part of this plan was to commission artists to create seating areas to think and relax, because the singles with their 19e century beauty. Doorenweerd has responded to this by setting up a small theater on the quay of the Bergsingel. The bank has the same function on the bridge over the Noordsingel. The eight benches on the quay, as well as the 20 meter-long bench on the bridge, are on the one hand a reference to fishermen who often sit on the waterfront, on the other it is a place for reflection. It is in close proximity to it text work by Marcelle van Bemmel, which offers poetry for reflection and is also part of The Singelplan.

Video artist, sculptor, installation and conceptual artist Jeroen Doorenweerd (Terneuzen, 1962) studied at the art academy in Tilburg and Ateliers '63 in Haarlem. He was taught by René Daniels and Marlene Dumas, among others. His work, often commissioned, is at the intersection of art, architecture and landscape.