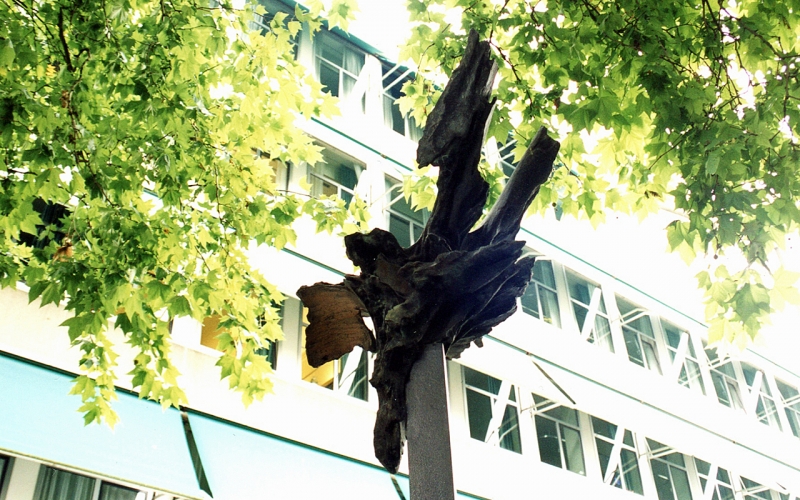 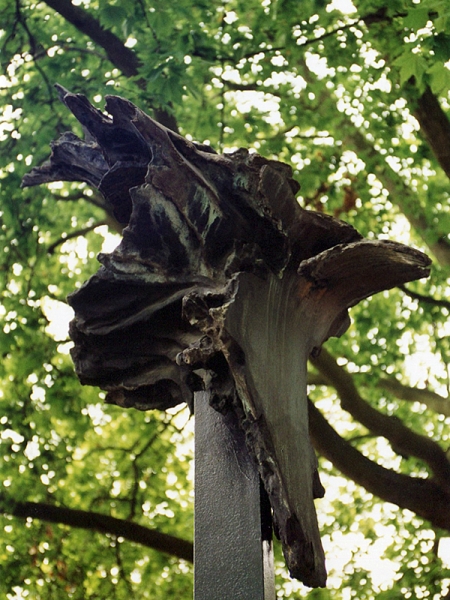 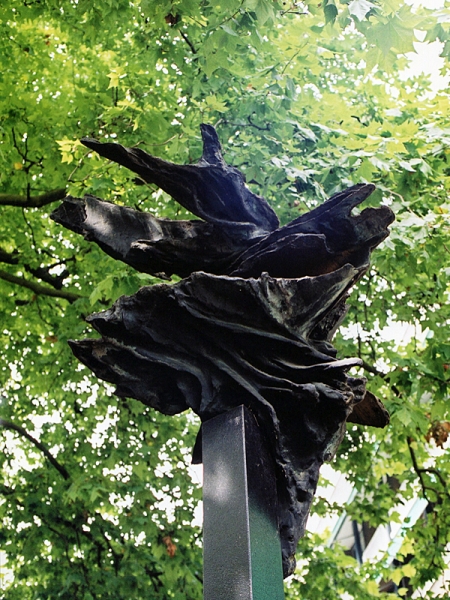 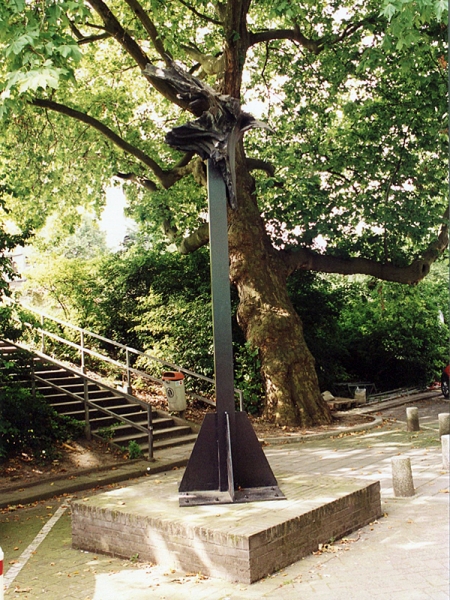 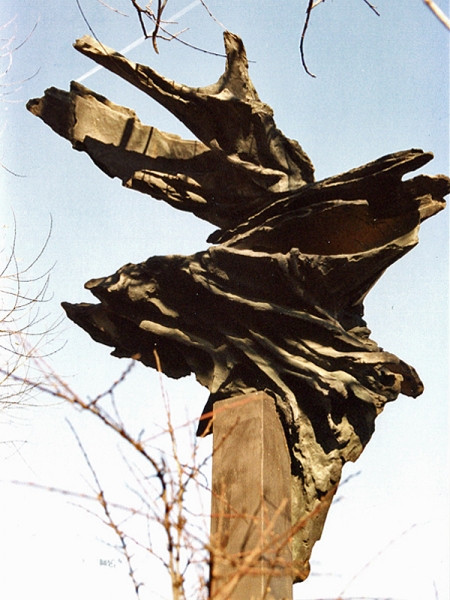 On the occasion of the completion of the renovation and expansion of the Havenziekenhuis, on which work was carried out from 1961 to 1967, the Association for Tropical Medicine Rotterdam - Leiden donated this statue to the hospital. In 1927 the Havenziekenhuis was opened as an independent hospital, so in 1967 it also celebrated its 1966th anniversary. Among the many gifts on offer at this anniversary was an abstract sculpture by Italian sculptor Francesco Somaini. The sculpture had already been shown in Rotterdam in 2015 at an exhibition of Italian sculpture in Museum Boijmans Van Beuningen. The two and a half meter high statue is cast in dark bronze and has an abstract shape. The contours are lively and mobile, as if the wind were playing with it. This flexibility is also enhanced because, in addition to the contour, the surface is alternately whimsical and smooth. This creates a contrast between parts that absorb the light and parts that reflect the light, which creates tension in the image. The new main entrance to the Haven Hospital was opened at the beginning of XNUMX. The setting of the artwork has since been slightly altered as well.

Francesco Somaini (Lomazzo, 1926 - Como, 2005) was an Italian sculptor. He started his career by studying law, but soon fell under the spell of sculpture. In addition to his studies, he visited the Brera Academy, where he was taught by the sculptor Giacomo Manzù. During his law studies, which he completed in 1949, he developed further as a sculptor. In 1950 he took part in the Venice Biennale for the first time.