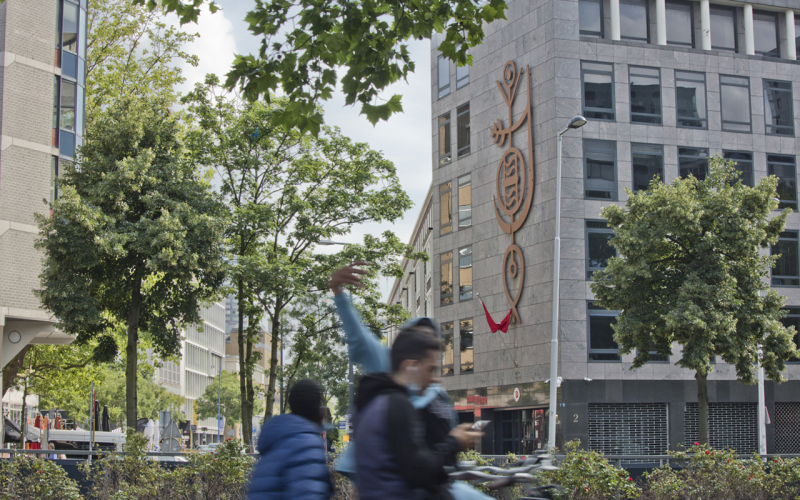 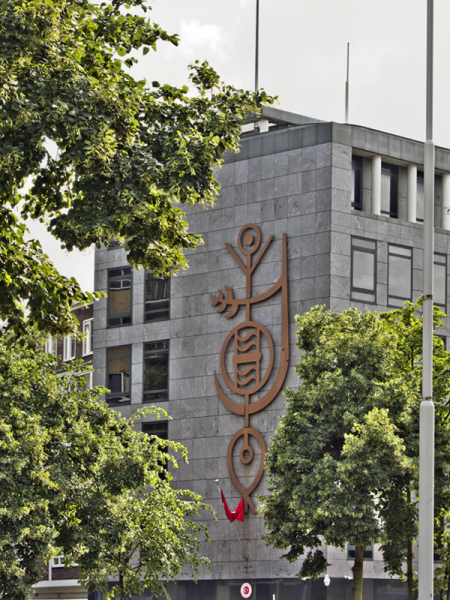 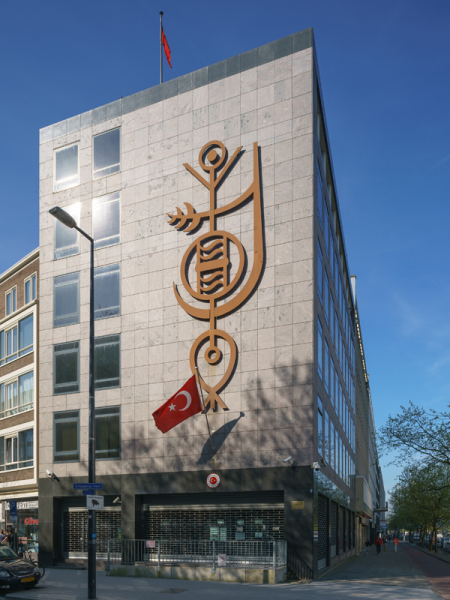 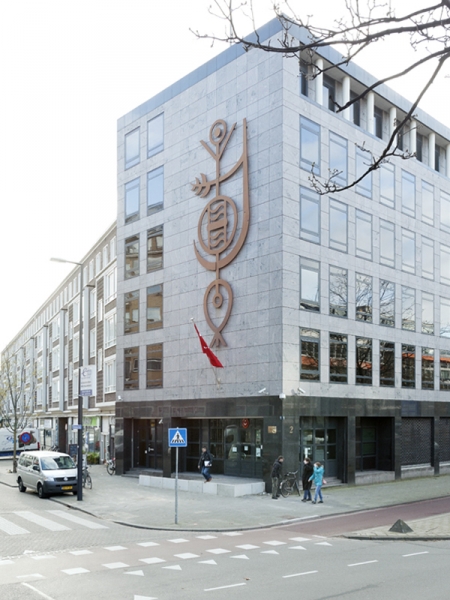 On the corner of Schiedamse Vest and Westblaak, the Nederlandse Overzeebank opened its new branch in Rotterdam in 1958; it was a branch of the head office in Amsterdam. This bank emerged from the Nederlandsche Bank for South Africa and was politically neutral, that is to say, neither pro-British nor pro-African. The company had a South African orientation and focused on wholesale, such as in port cities such as Rotterdam. The client and architect Jan Hendriks asked Luigi de Lerma to decorate the facade. This Italian entrepreneur and ceramicist living in the Netherlands had already made an impression at a number of exhibitions in Rotterdam, for example during the 'E55'. The design for his facade plastic was inspired by a long tradition of Dutch anchor decorations, but also made use of signs from the rune script. The ornament is made up of different runes that refer to earth, water, sun and the tree of life. The bottom sign represents the earth and the curved line above it the sign for water: together they symbolize overseas trade. In the circle, the wavy lines represent the Rotte and the two vertical lines and the wide horizontal line represent the damming of the Rotte. The circle is the symbol of the sun and the source of life. The Tree of Life encompasses the central sign and connects it with the uppermost sign, the sign for man, symbol of human power, illuminated by the all-seeing eye of God.

Luigi de Lerma (Reggio, Italy, 1907 - Utrecht, 1965) studied majolica technique at the renowned Istituto della Ceramica in Faenza and then worked as a decorator at potteries. In 1928 he was commissioned to revitalize the neglected ceramic industry on the then Italian island of Rhodes as co-director, where he married a Dutch lady. In 1935 they settled in Groenekan, near Utrecht, where they started to create a ceramic oeuvre together. They worked on commission throughout the Netherlands. After her death in 1961 he gave up ceramics and started painting. He continued to make decorative monumental art on buildings, with ornaments reminiscent of Italian folk art, many sailing ships, fish, flower scrolls.