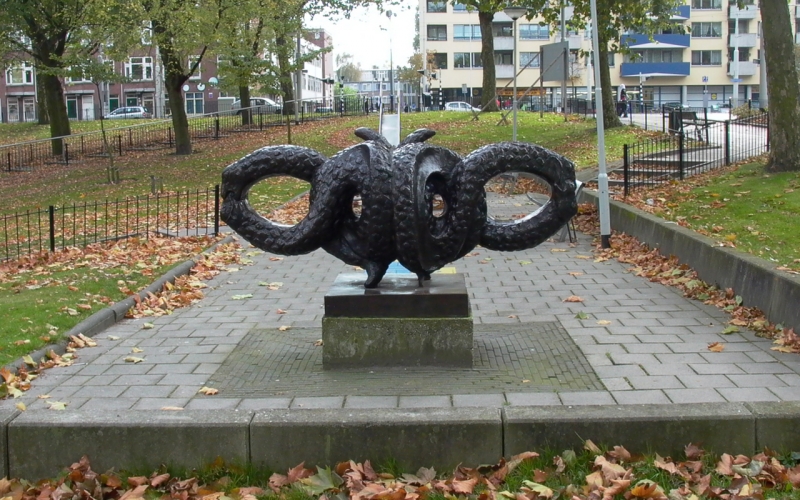 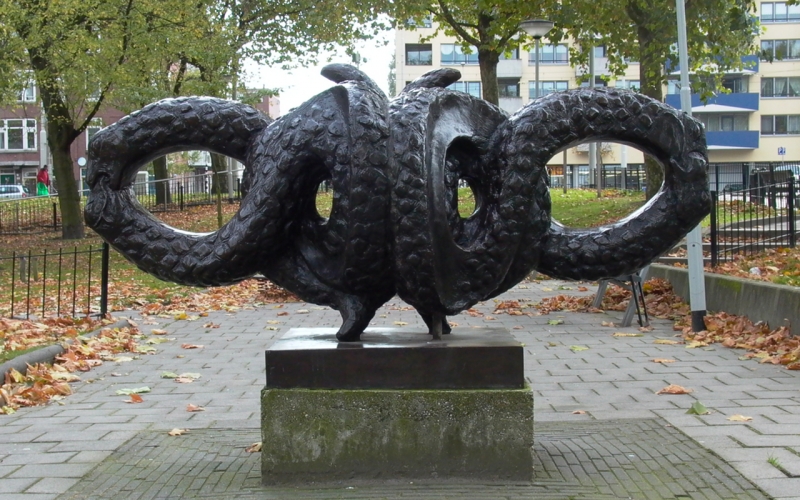 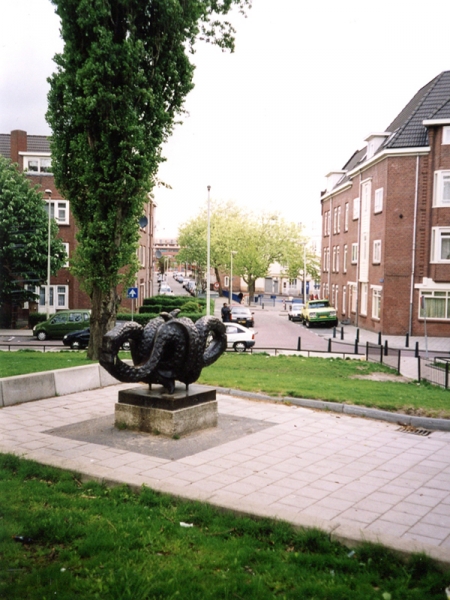 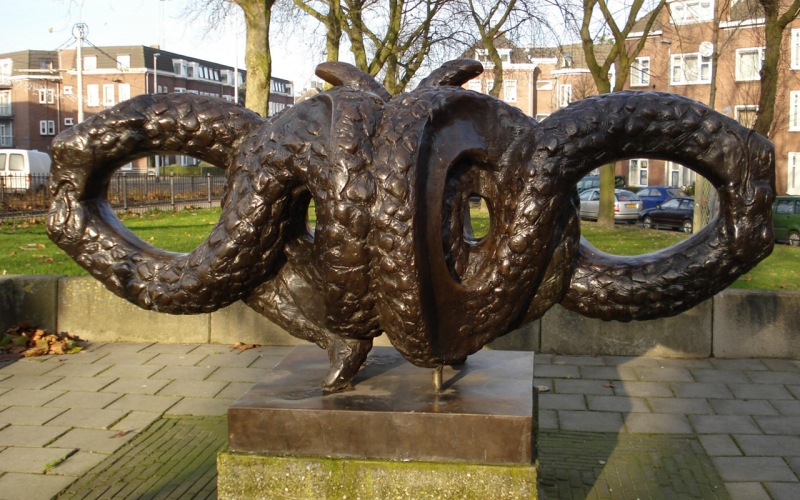 In 1981 a large bronze statue was made for the Mathenesserdijk from the percentage scheme. The artwork was part of the urban renewal of a part of Spangen, which was financed from the Urban Embellishment Fund for neighborhoods. The statue of Loeki Metz, which represents a four-headed snake, was soon nicknamed 'The Snakes of Spangen'. A bronze base and a sculpture of patinated bronze rest on a concrete base. The intertwined snakes have four heads and are symmetrical from several sides. Snakes biting each other's tail are an ancient symbol of eternity. In Metz's statue, however, they do not bite each other in the tail, but in the head. The venomous split tongues crawl on the heads of the other snakes, which seem to attack each other. However graceful the sculpture may be, due to the massiveness of the bodies and the coarse scales, the sculpture also has a monstrous appearance. Since 1981, the neighborhood in Spangen has changed so much that the artwork has been moved twice. Because the changed environment no longer did the work justice. Both times, a better place was found in the vicinity at the insistence of the residents concerned. In 1996 it was placed on the corner of Mathenesserdijk and Balkenstraat, but a hangout for drug addicts was created here. The artwork was then temporarily removed and saved. Since 2002 it has been relocated to PC Hooftplein.