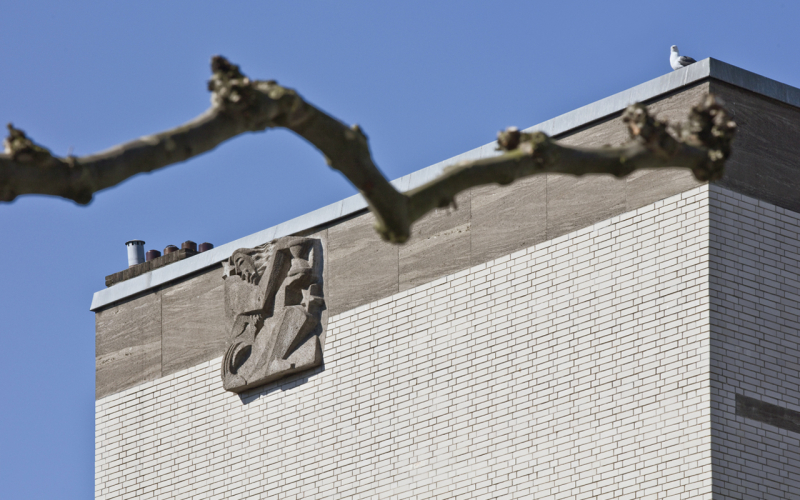 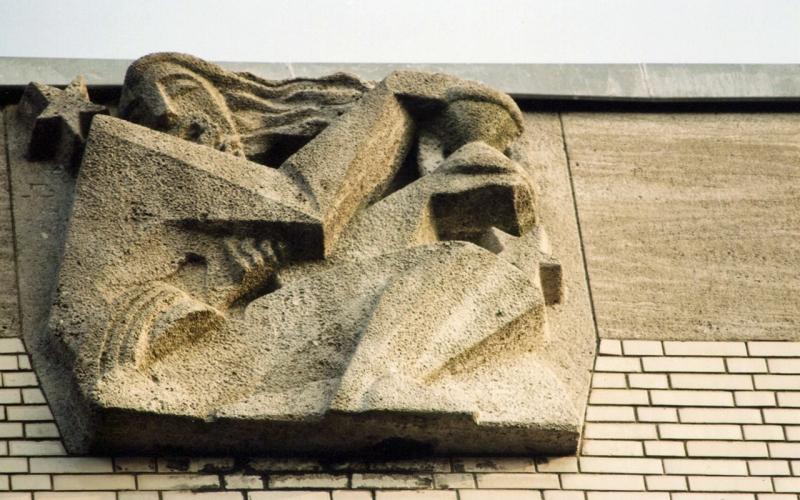 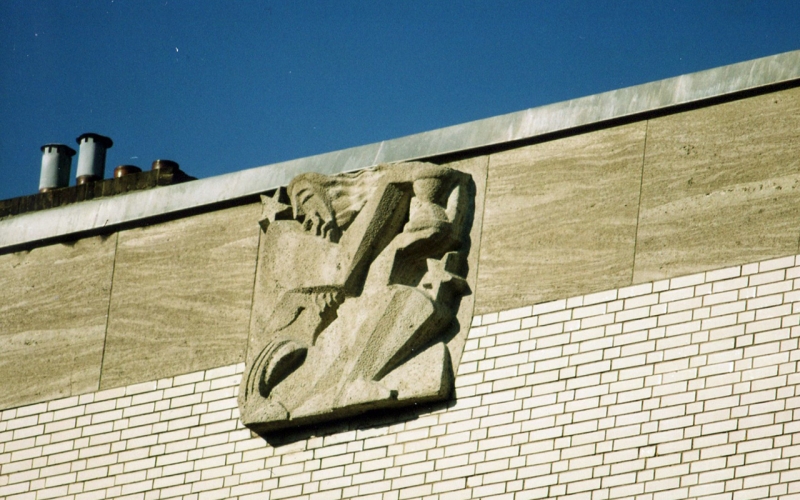 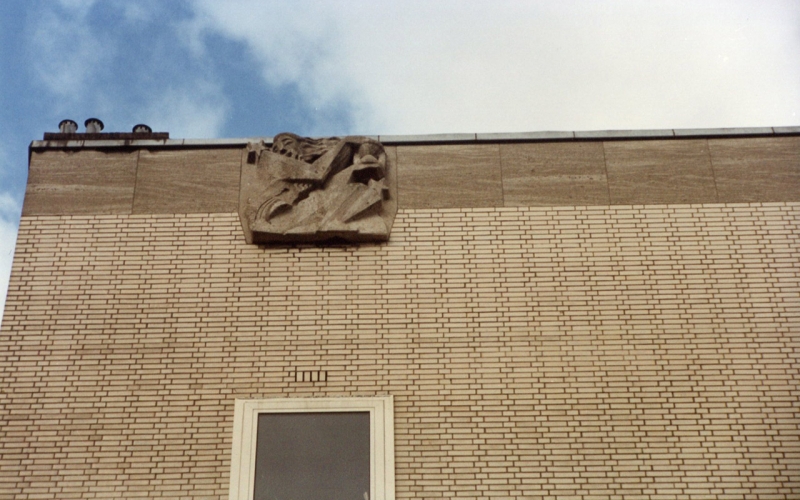 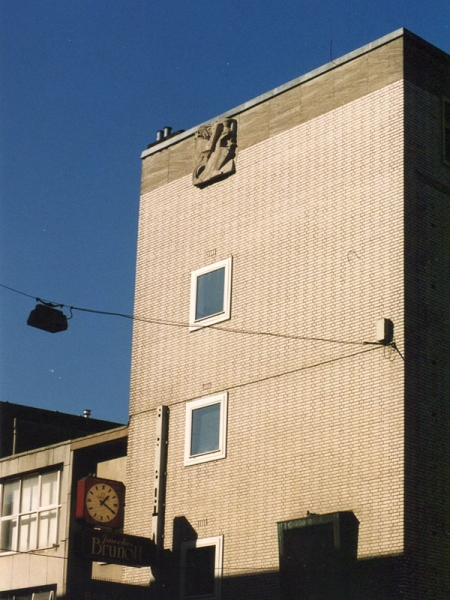 Sculptor Joan Bakker made facing bricks and reliefs for various buildings in Rotterdam, including this high relief that is difficult to see from the street. The stone is located under the roof molding of the building where Brunott jewelers has been located for years, at the intersection of the Karel Doormanstraat and Oude Binnenweg. The building dates from 1960 and Bakker was commissioned to make this stone by the architects Vermeer and Van Herwaarden. It is a characteristic stone for Bakker's work. The composition is tightly framed, in which a picture full of dynamics is depicted with different diagonals. The (woman) figure is squatting with her head held sideways to the left; she turns her head away from the hourglass she holds between her hands. The idea of ​​the hourglass is the symbolism of vanitas, a theme in art that depicts the transience, vanity and insignificance of earthly life. There is also a star on the left and right.