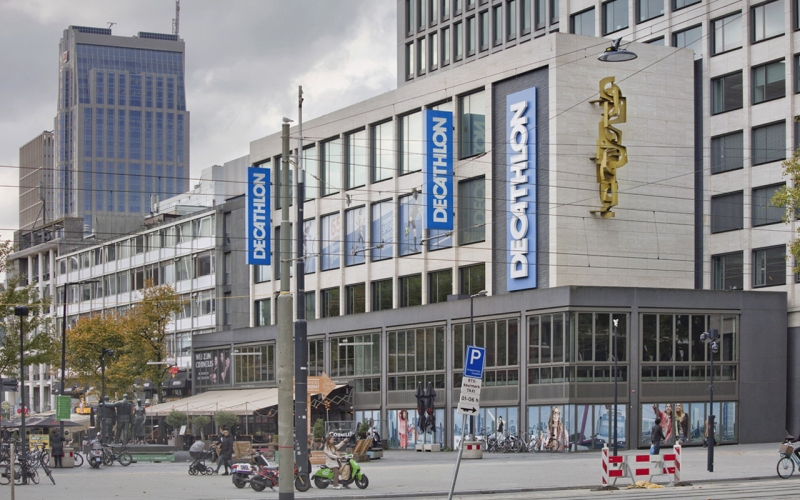 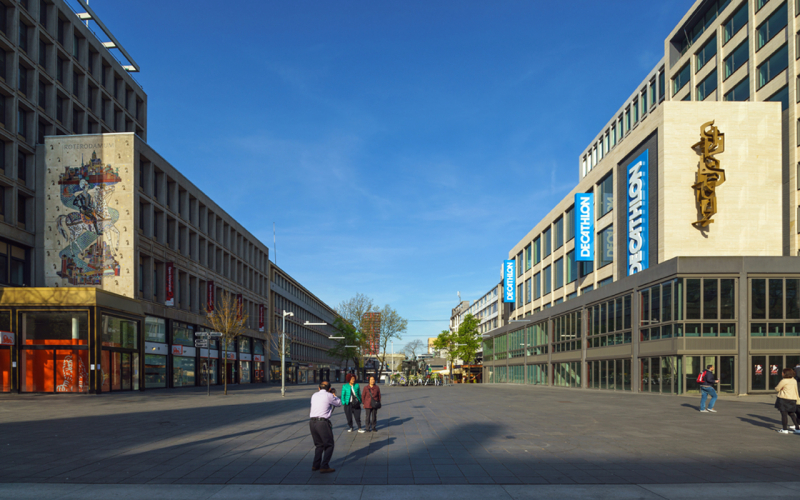 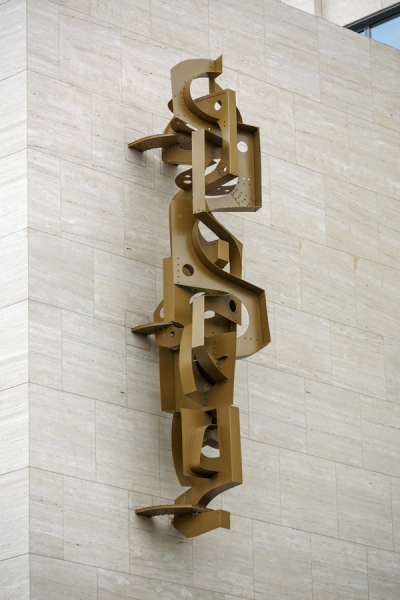 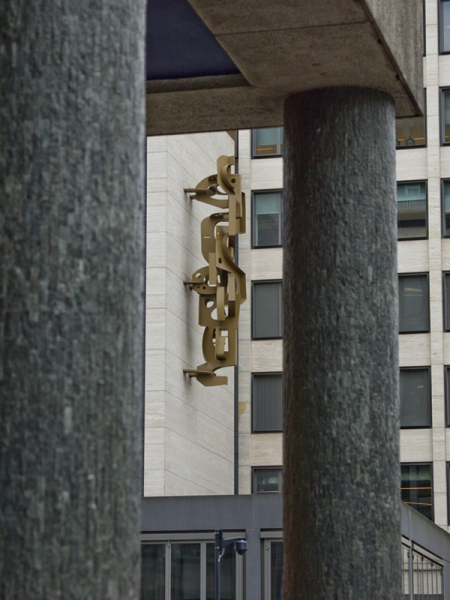 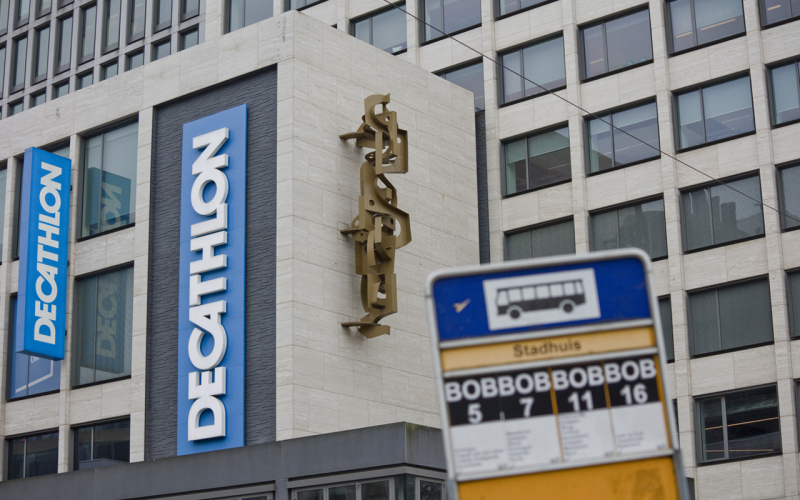 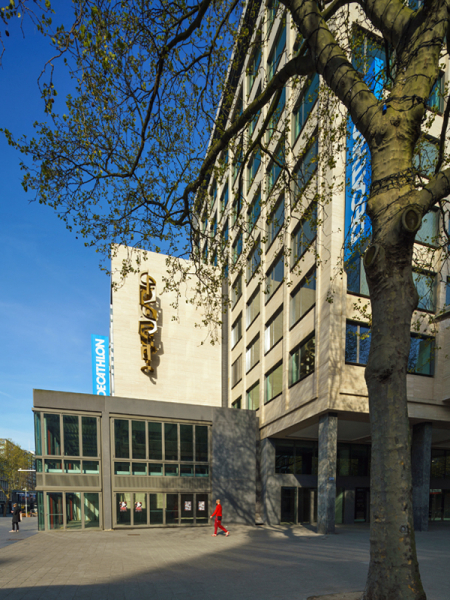 In 1957, Slavenburg's Bank on the Coolsingel, designed by architect Kees Elffers, received a very beautiful, abstract sculpture on its façade made by the sculptor Jan Engelchor. "You should see this plastic," Engelchor said, "as an attempt to play with our thoughts, play with surfaces, without forcing me to become a boy with a rabbit or an old man with a tree, for example." Although the image in Rotterdam has the status of autonomous sculpture, it is in fact an eight meter high company logo. The decorative work made of aluminum is made up of the gold letters S and B (Slavenburg's Bank). The founder of the bank, Thijs Slavenburg - former director of the Incasso-Bank at the Blaak in Rotterdam - was himself chairman of the selection committee. Engelchor won a closed competition, in which also the artists Louis van Roode and Dick Elffers, the brother of the architect, participated. Slavenburg's Bank (founded in 1925) was known as a decent, conservative, but very successful bank. Slavenburg, also an alderman for the Christian Historical Union (CHU) in Schiedam, sometimes brought that commercial success into conscience. Initially, the golden logo of Engelchor symbolized the bank's ethical motto ("The most beautiful flowers grow on the edge of the abyss, but you are not allowed to pick them"). But after son Piet Slavenburg had taken over the bank in 1977 and operated the company as a white washer for a criminal clientele, the logo on the Coolsingel became a sinister symbol of bank fraud. Today, Engelchor's work of art has finally been freed from that ballast - as an autonomous sculpture, his work is now one of the highlights of the reconstruction art in Rotterdam.

Jan Engelchor (Amsterdam, 1920 - Bussum, 1976) studied at the Rijksacademie in Amsterdam, worked for Henri Matisse for two years and participated in exhibitions in Amsterdam, The Hague, Laren, Almelo, Eindhoven and Caracas. Initially he was a painter, but in 1958 he switched to sculpture. First he worked in aluminum, iron, stainless steel, copper and later also brass. In 1958 he exhibits metal and concrete sculptures in a gallery in Hilversum. The Free People reports that he "has been touched by modernism" and replaced the brushes with welding equipment. An exhibition in 1961 in gallery “d'eendt” in Amsterdam is positively described by the NRC and compares him with Arp, César, Tajiri.