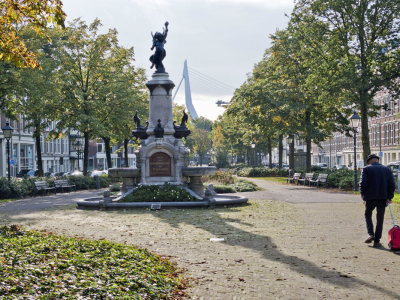 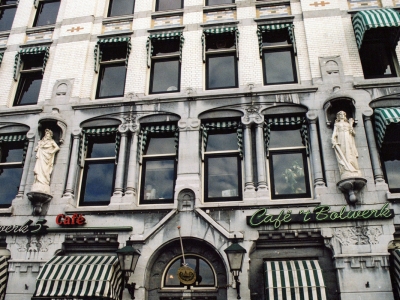 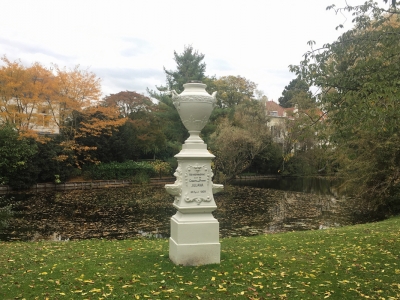 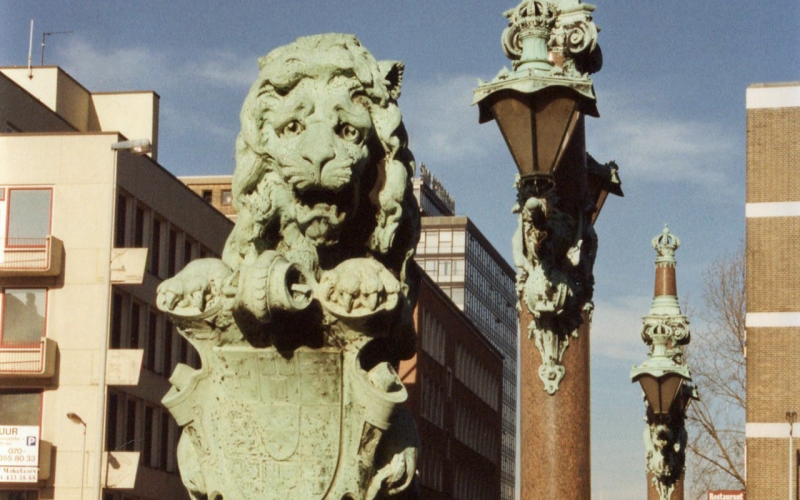 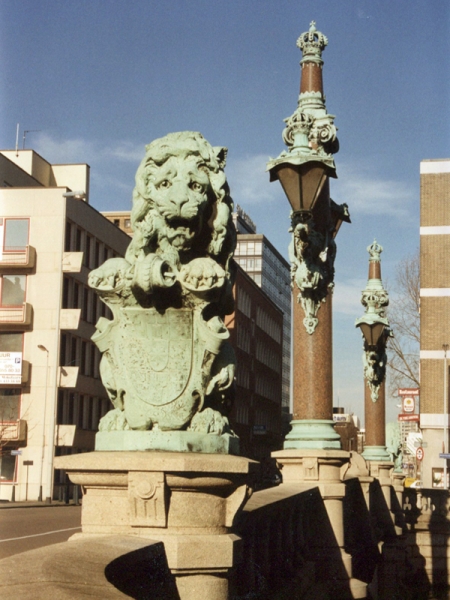 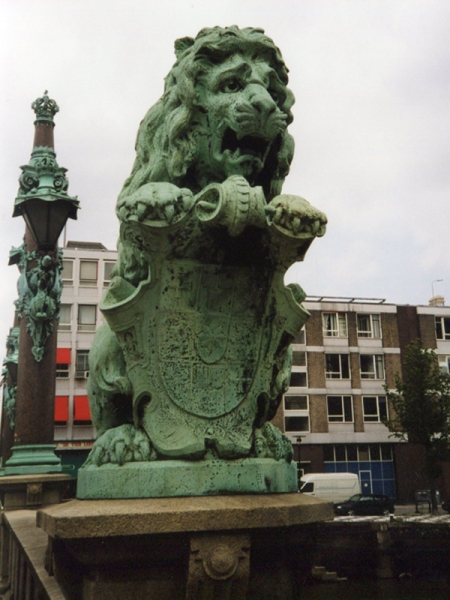 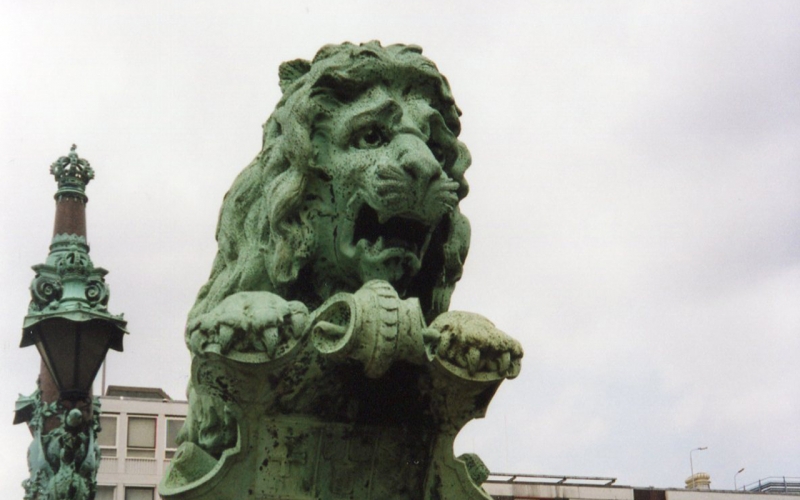 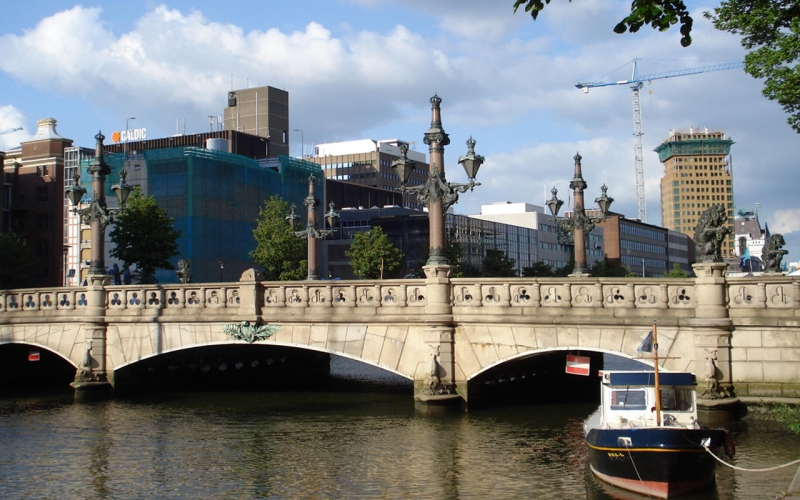 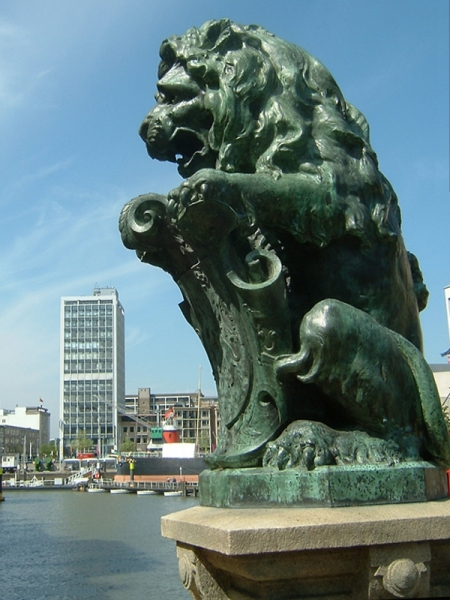 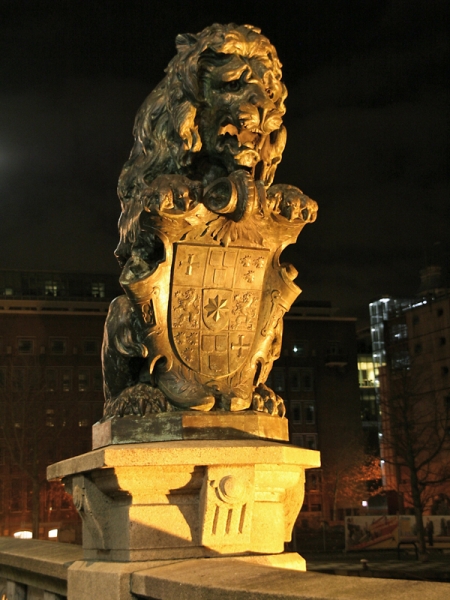 The Regentessebrug over the Wijnhaven was designed by municipal architect DB Logemann. This bridge is a national monument and a tangible reminder of the pre-war grandeur of the area around the Wijnhaven. The bridge's design is inspired by the 19th century Parisian bridges; a cast iron construction with three arches and natural stone balustrades. Four sitting lions sit on the four corners of the bridge, each leaning over a coat of arms and guarding the bridge, as it were. That is why the bridge is also called 'Vierleeuwenbrug'. A confusing nickname, because the former King's Bridge, which was a little further away at the Oude Haven, also bore this name. The Regentessebrug is a real eye-catcher thanks to the additions of sculptor Simon Miedema. In addition to the four lions with coats of arms, Miedema was also responsible for the four lanterns on the granite columns that decorate the bridge. The bridge was a gift from the Citizens Committee to Rotterdam. The Regentessebrug was named after the regent Emma in 1899, when she officially opened the bridge together with her daughter Wilhelmina.